An Ode to Motorbikes

While motorbikes are prevalent throughout Southeast Asia, nowhere are they quite as heavily relied upon and beloved as in Vietnam.  I found myself constantly amazed at the assortment of motos, and even moreso, the sheer volume and variety of stuff they could fit onto these relatively tiny modes of transportation.  From full families - often multiple adults and children - to boxes of goods, to cages holding live animals (ducks, pigs, chicks, etc.), to any manner of objects that you would never expect to be carried via anything other than a massive truck.  And bicycles, while less common now than the motorized variety, are often utilized in much the same way.

The people are also a wonder - the older women often wearing matching ensembles that most closely resemble pajamas, their heads covered in the typical conal hats; nearly everyone wearing face masks over their nose and mouths, often in fabric that matches the rest of their outfits; and the specialty jackets worn by women in all sorts of weather that cover every inch of skin, lest they be exposed to rain or - even worse - the sun.

I often found myself wanting to snatch up my camera anytime one of these bikes went by - sadly I was often not in a position to take a good photo nearly as often as I actually saw a spectacle go by - but occasionally I did position myself along a busy road and simply watch in wonder as the motos flew by in either direction, with all their cargo intact.

And so, here follows is an ode of sorts to the motorbike (and a few of the non-motorized variety) in Vietnam, with some honorable mentions from Cambodia.  I hope you enjoy the photos as much as I enjoyed taking them! 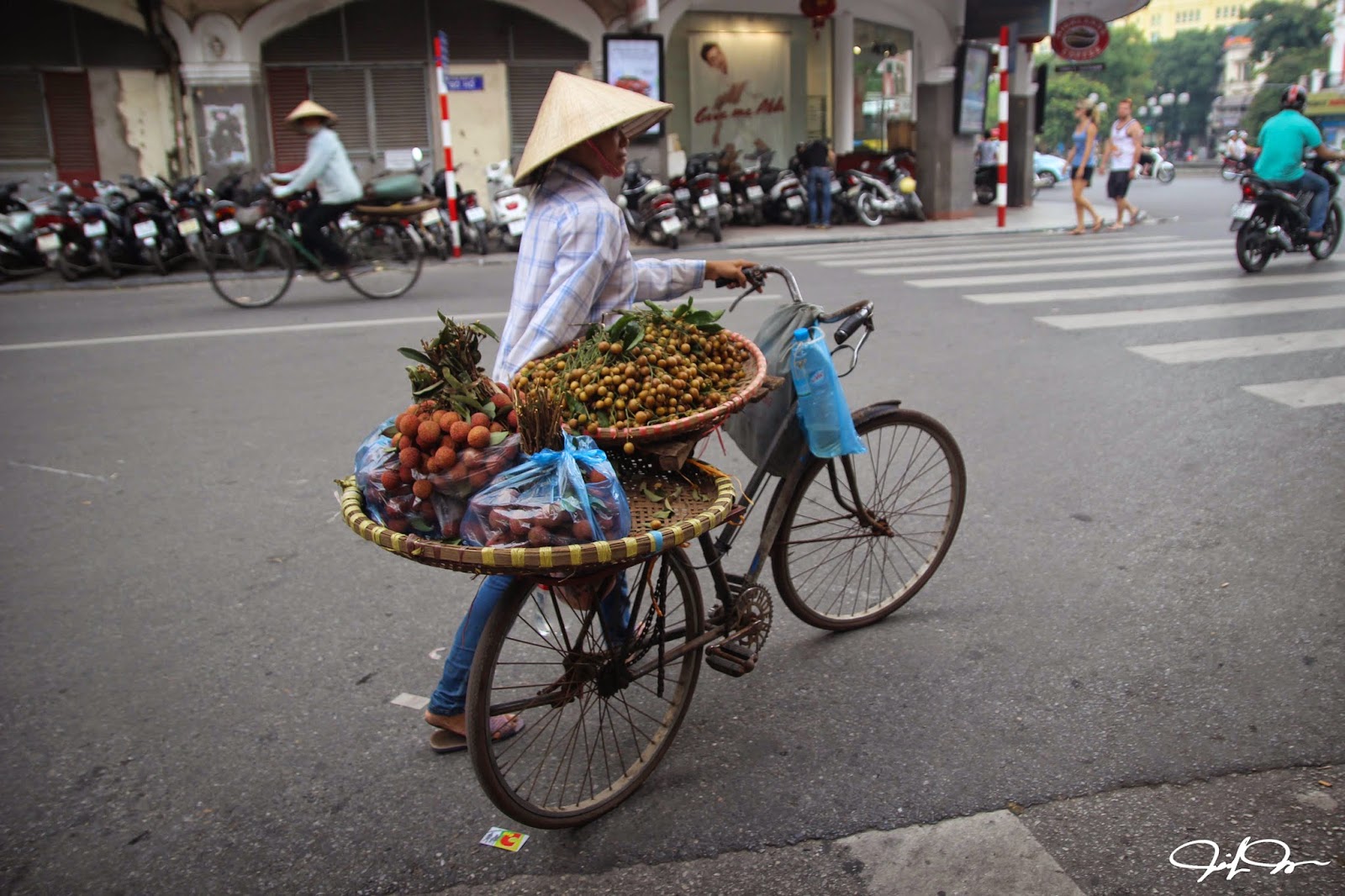 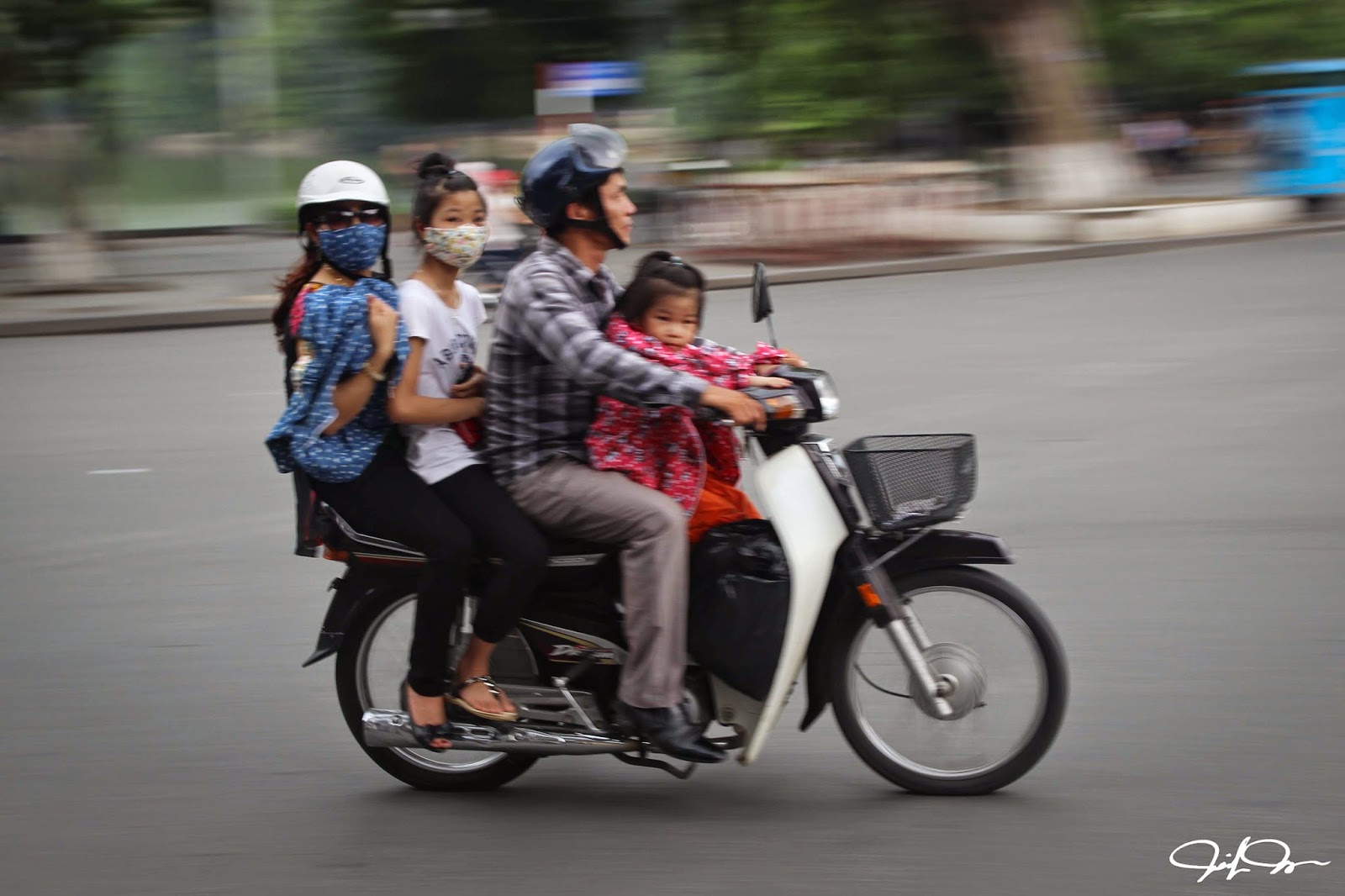 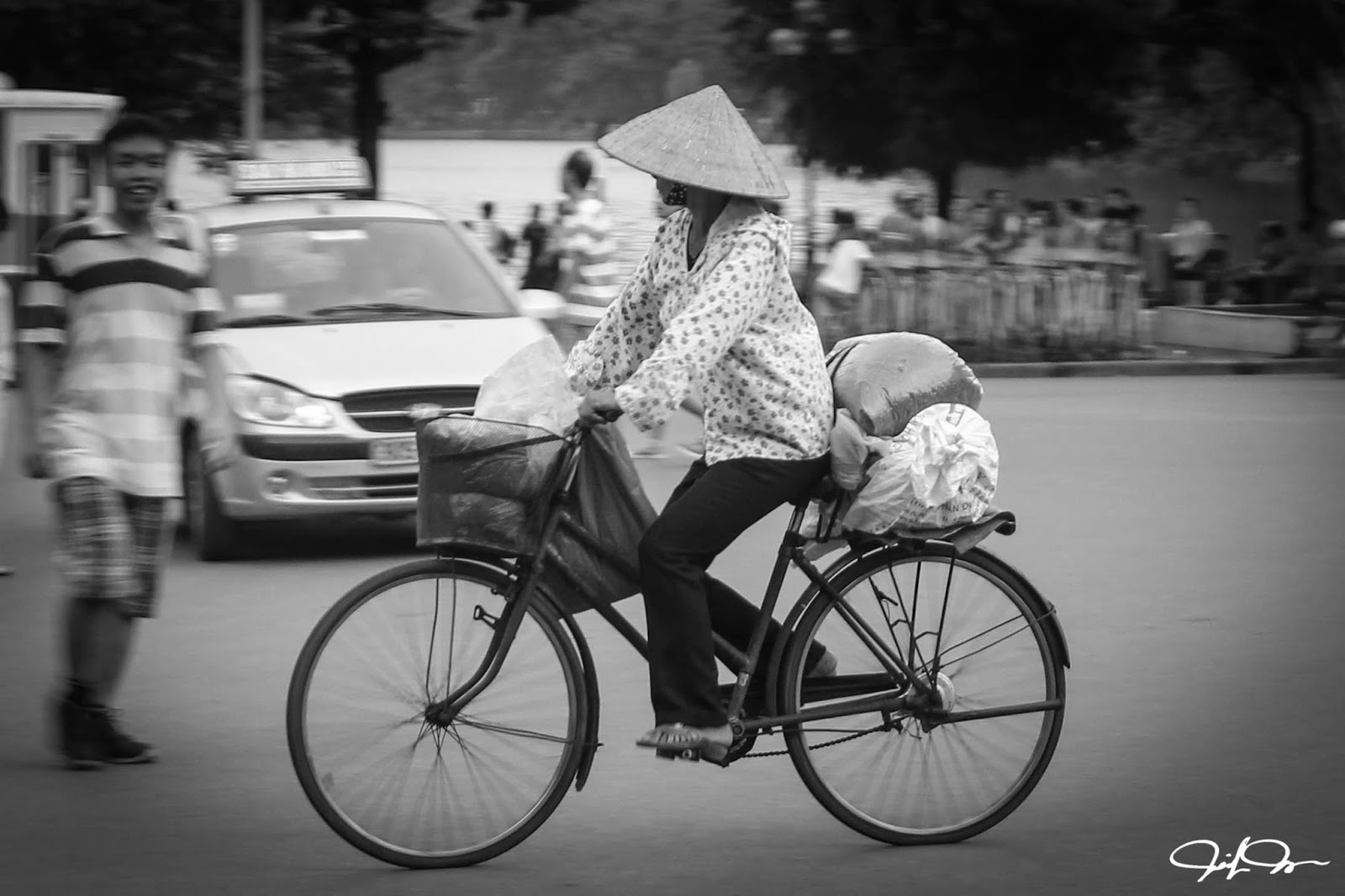 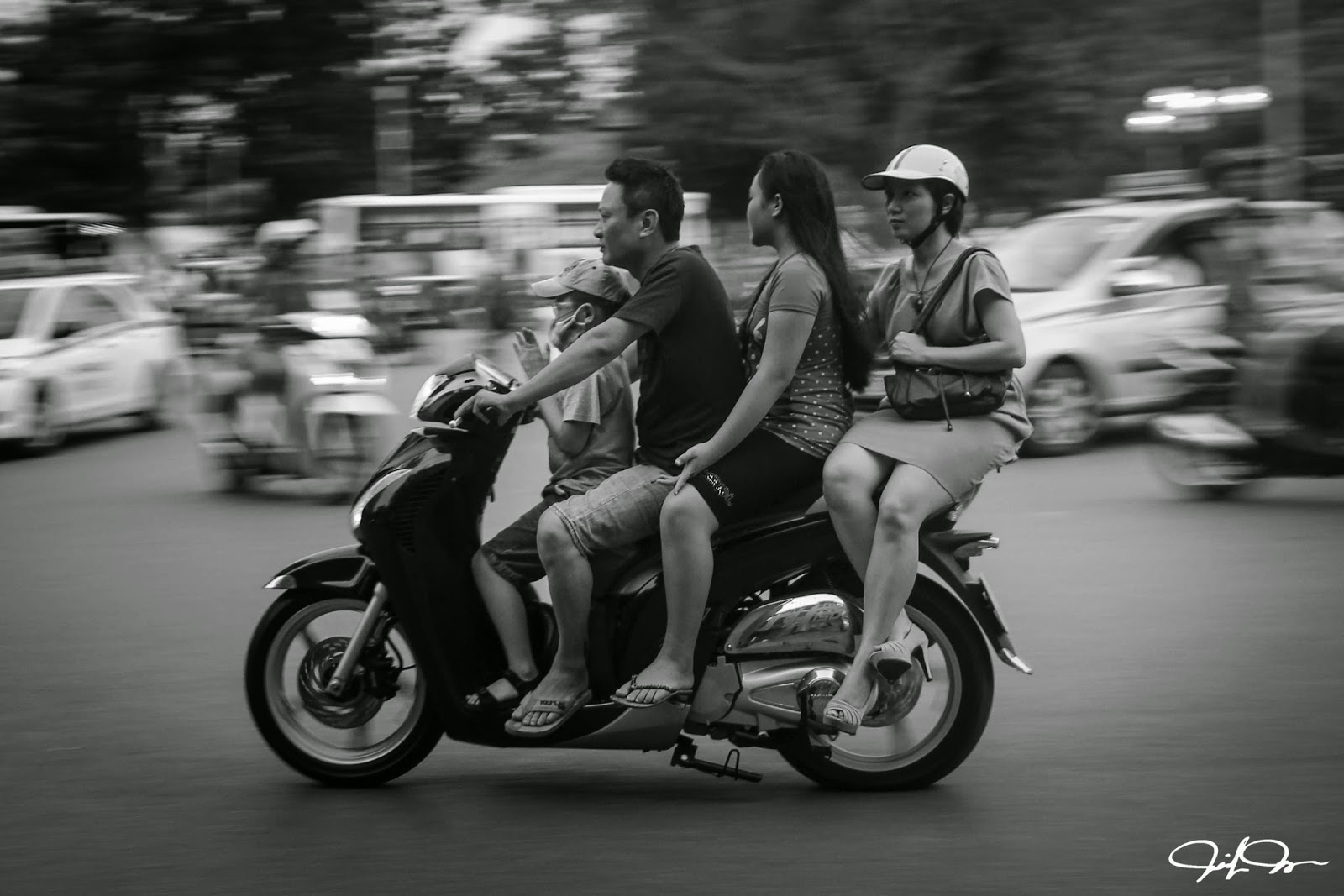 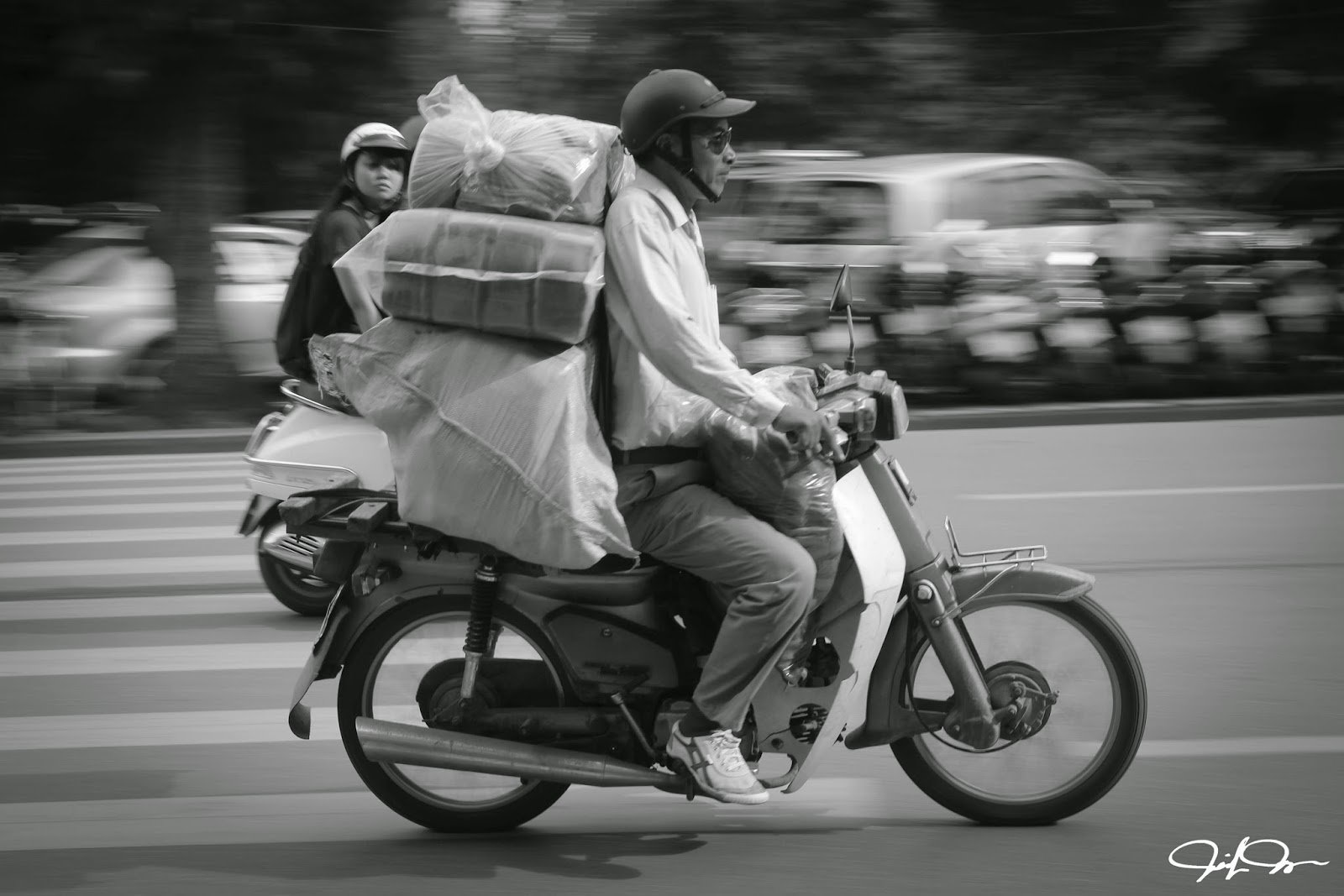 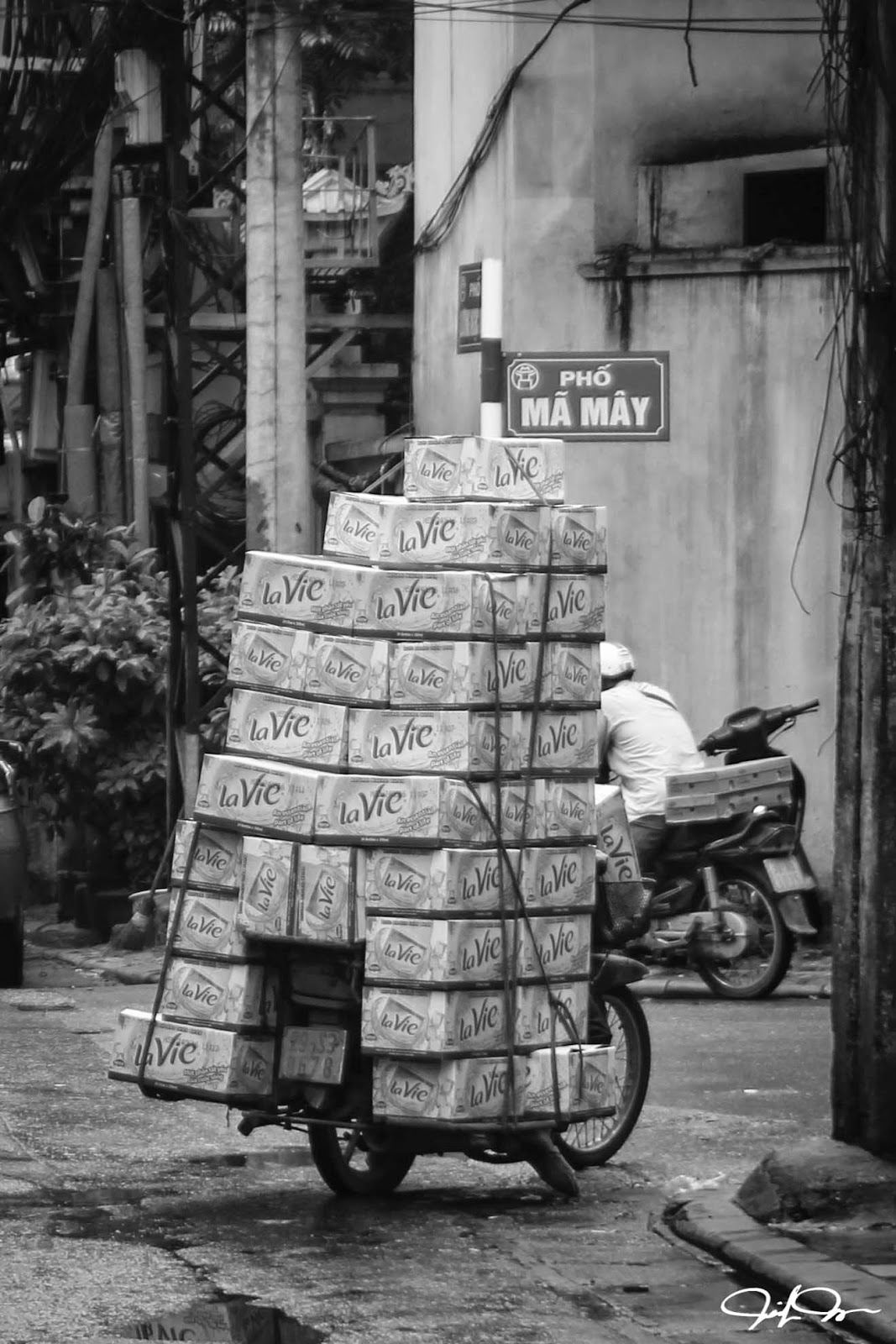 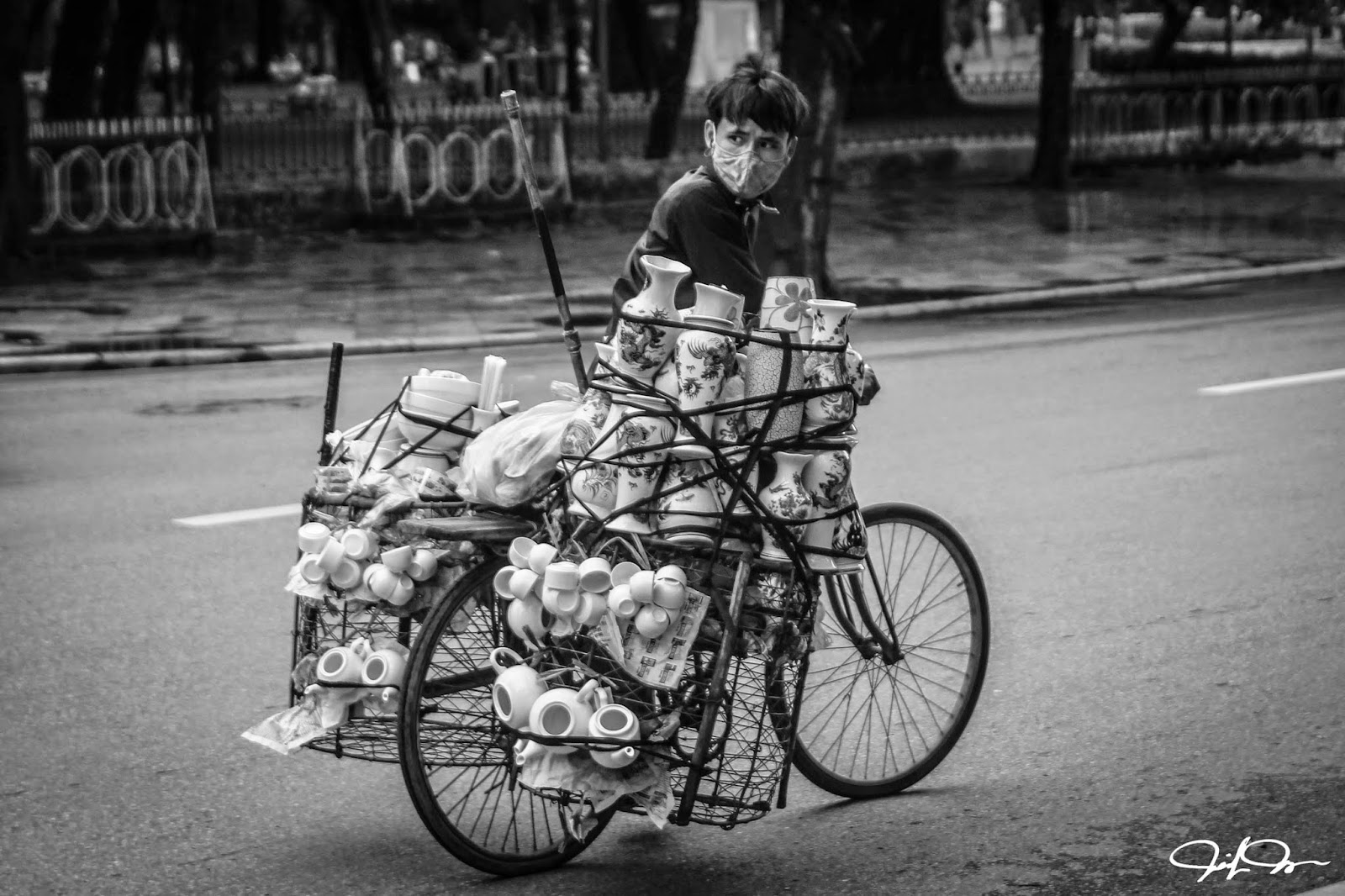 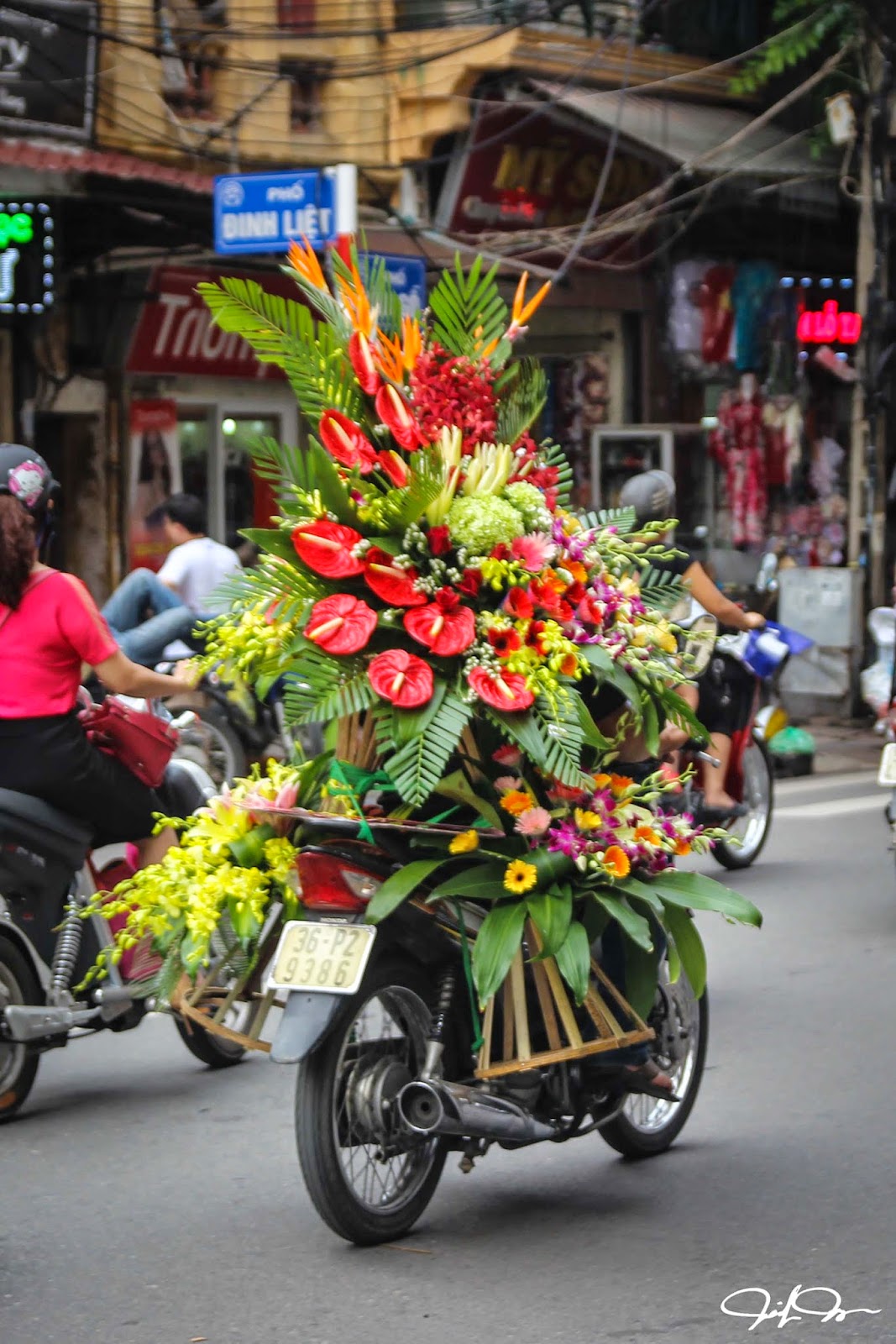 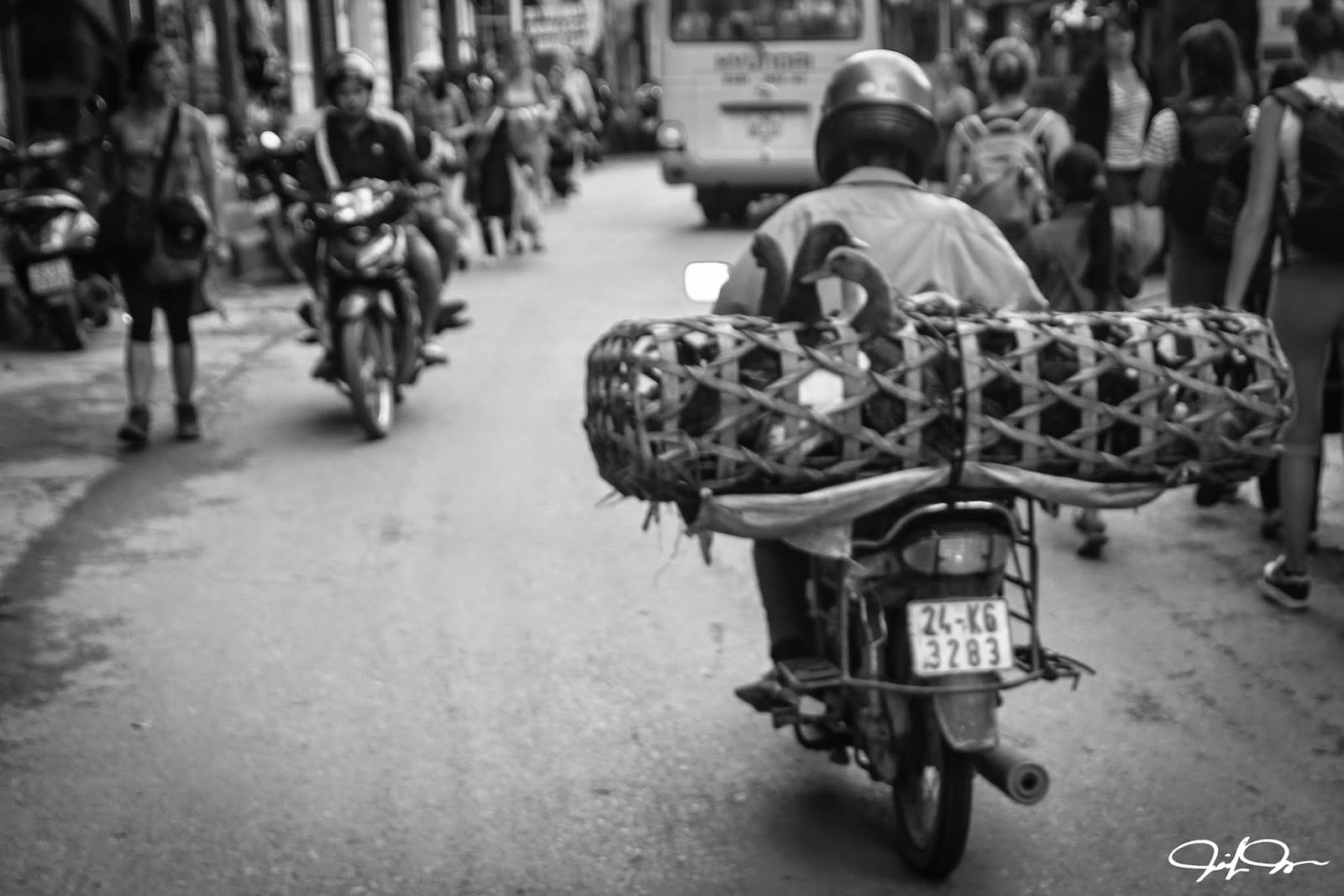 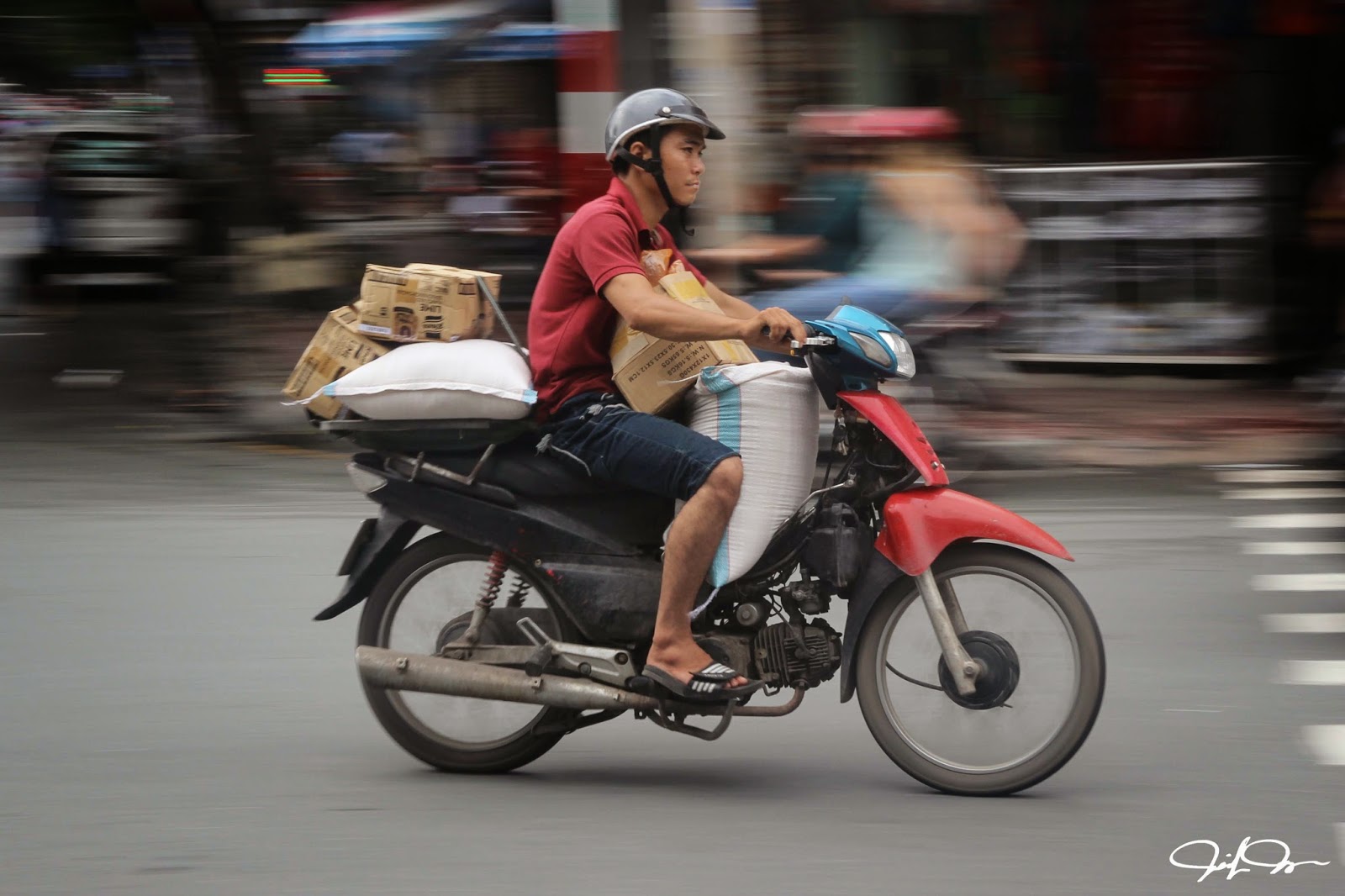 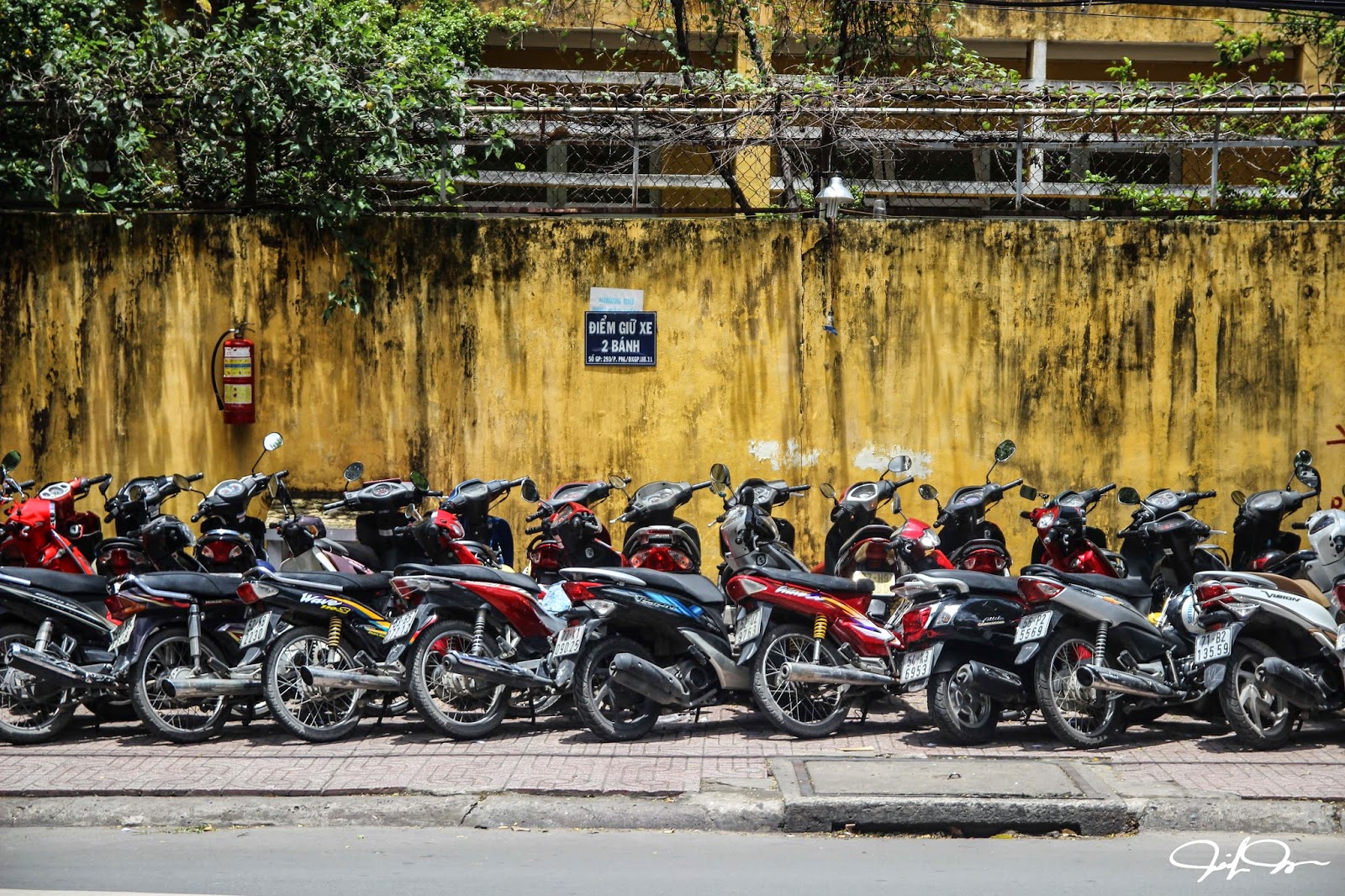 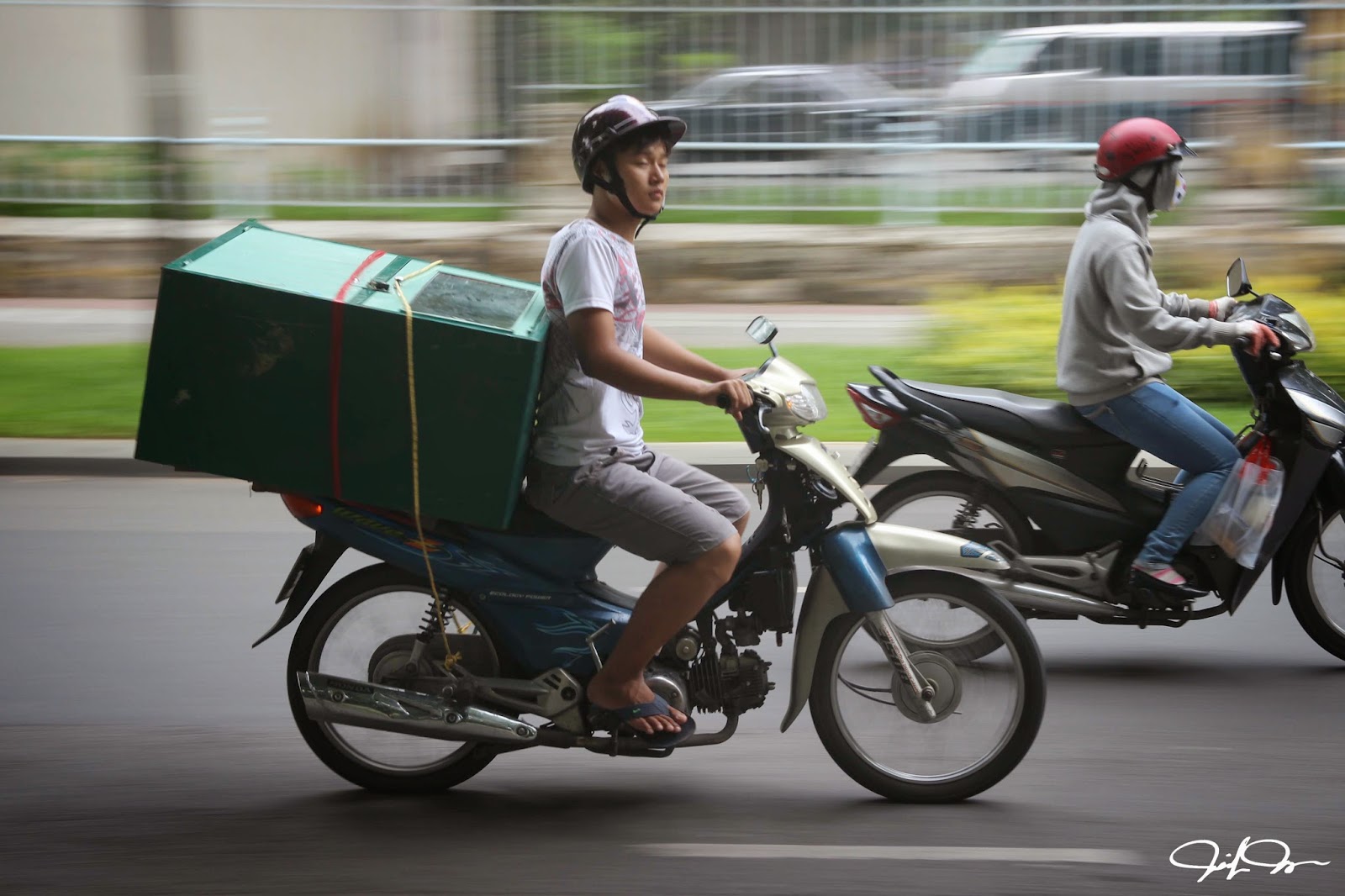 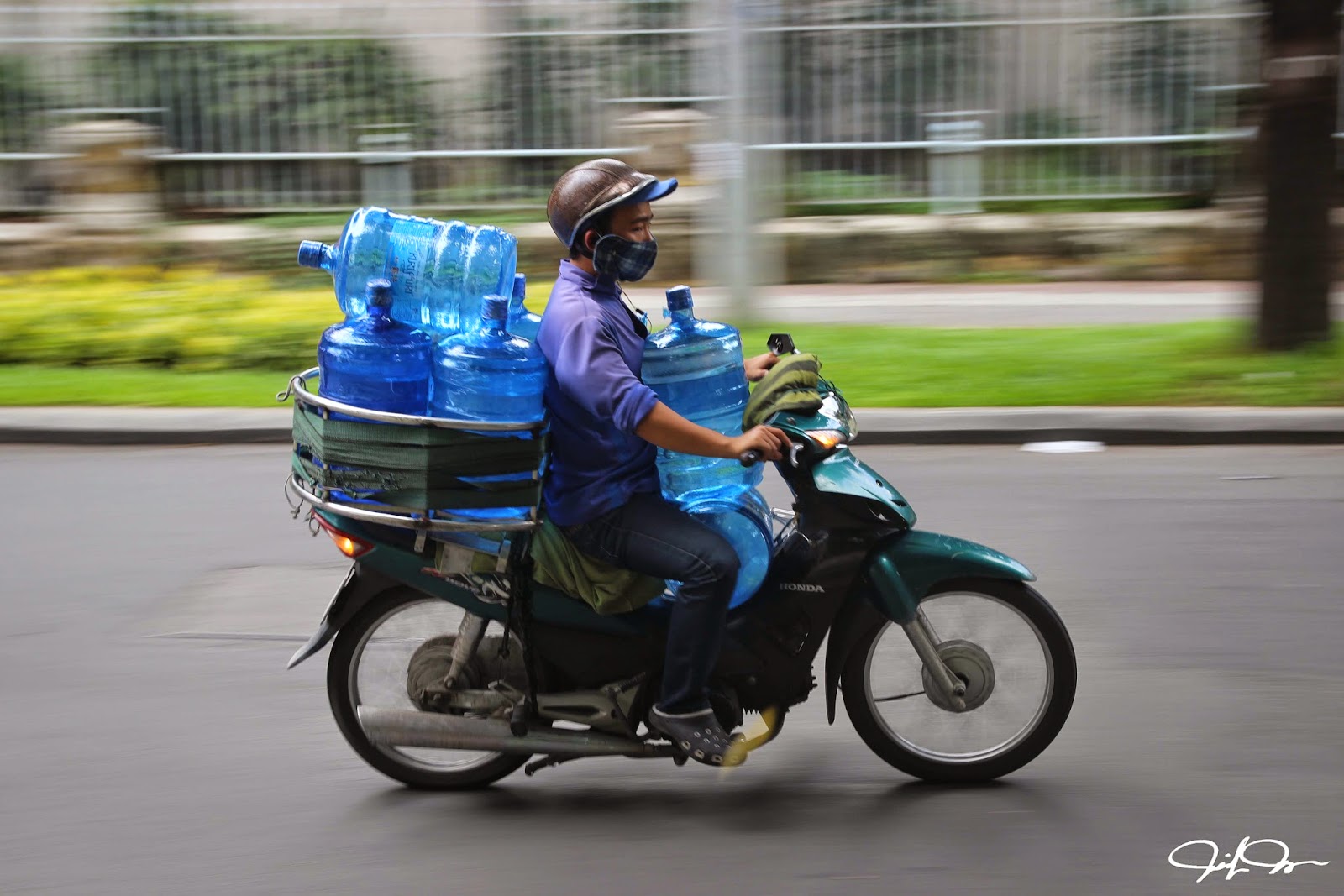 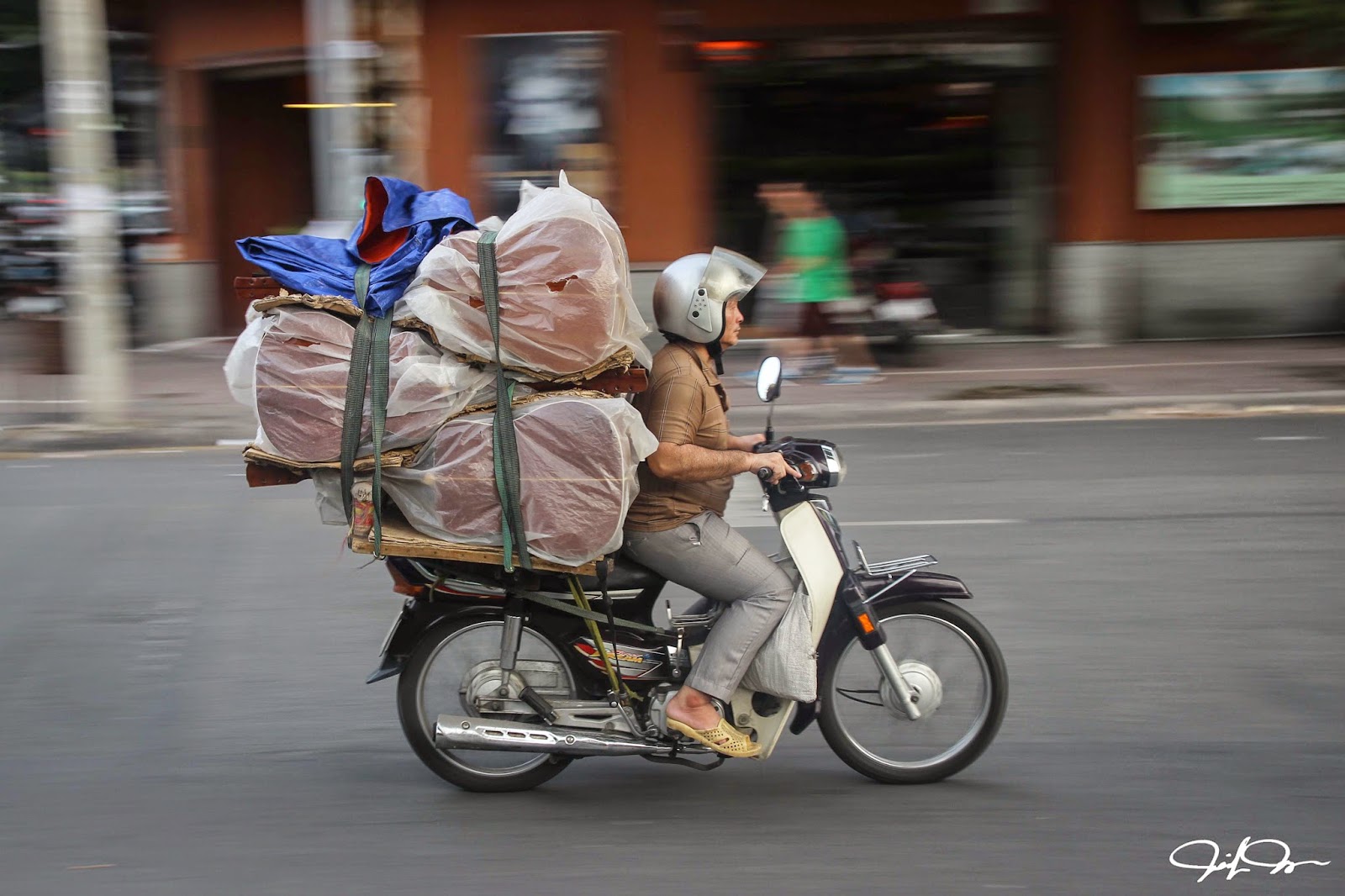 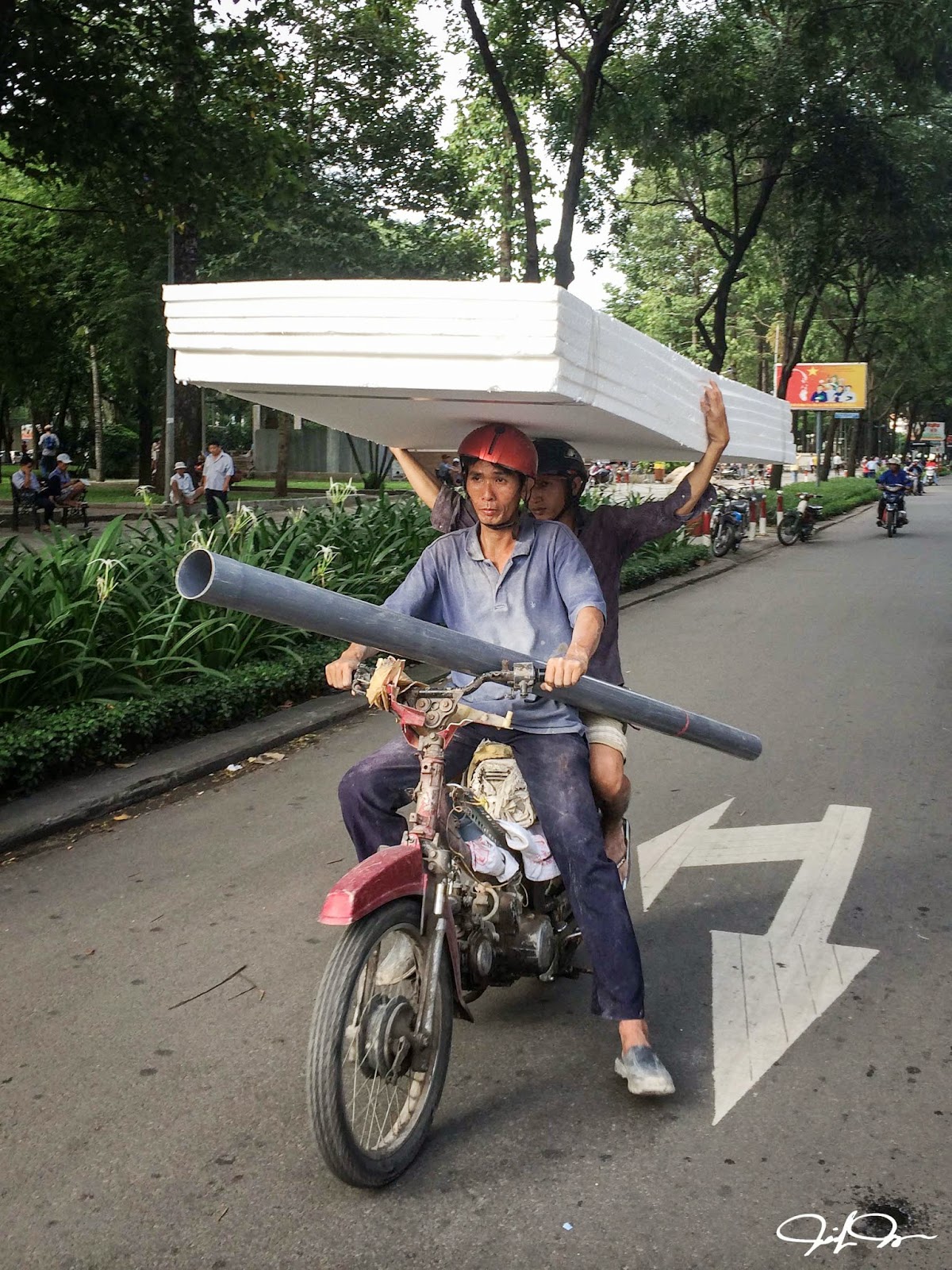 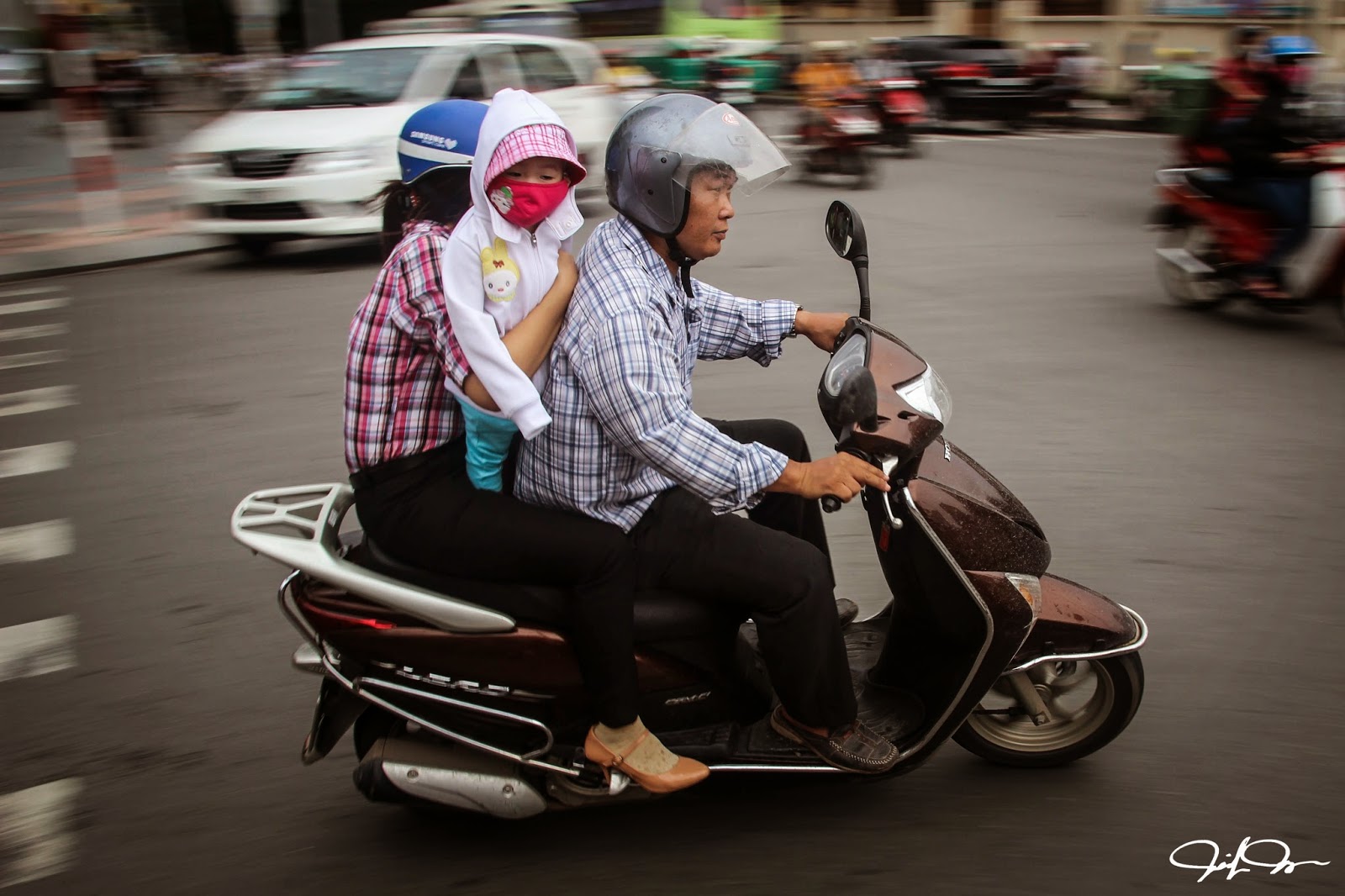 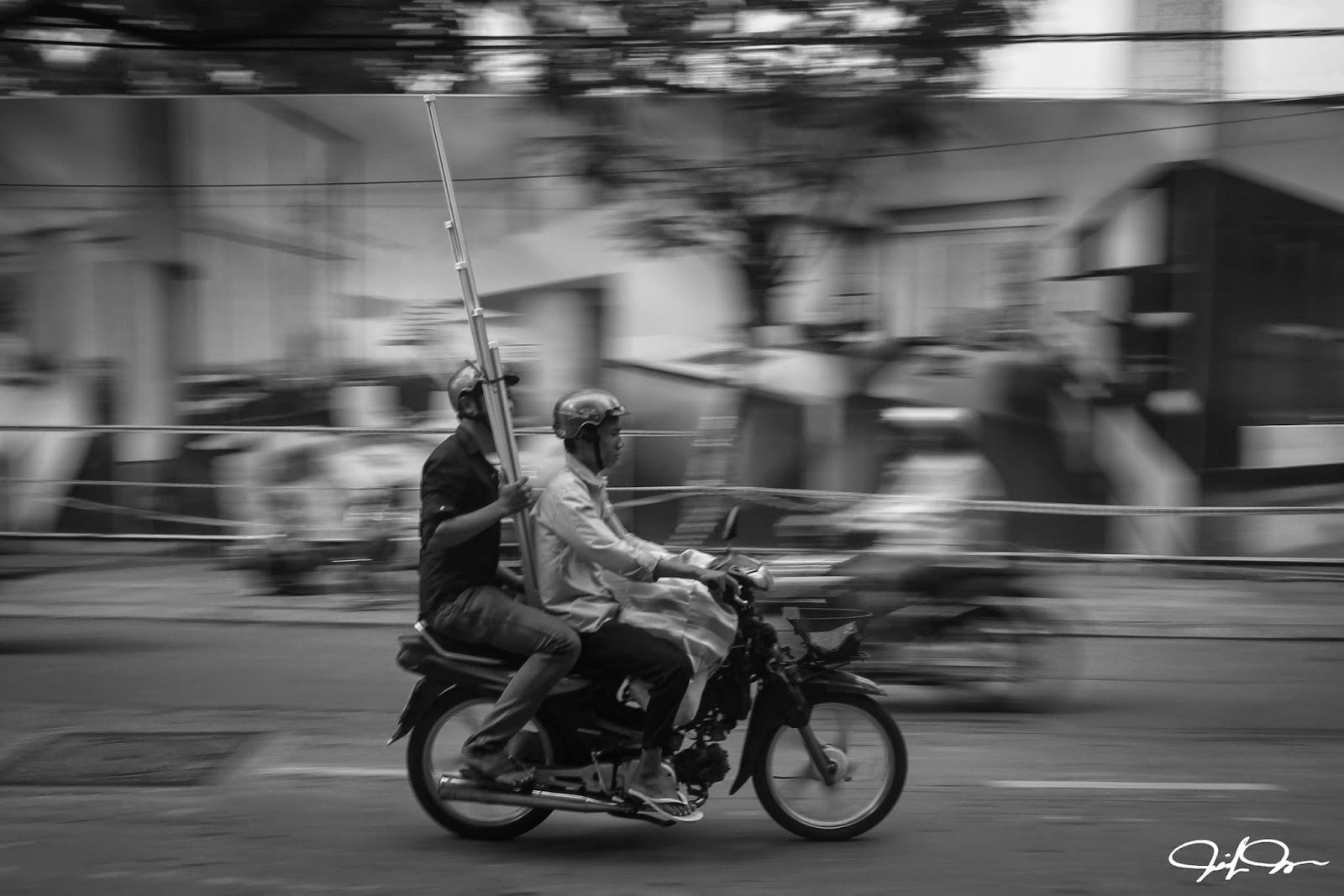 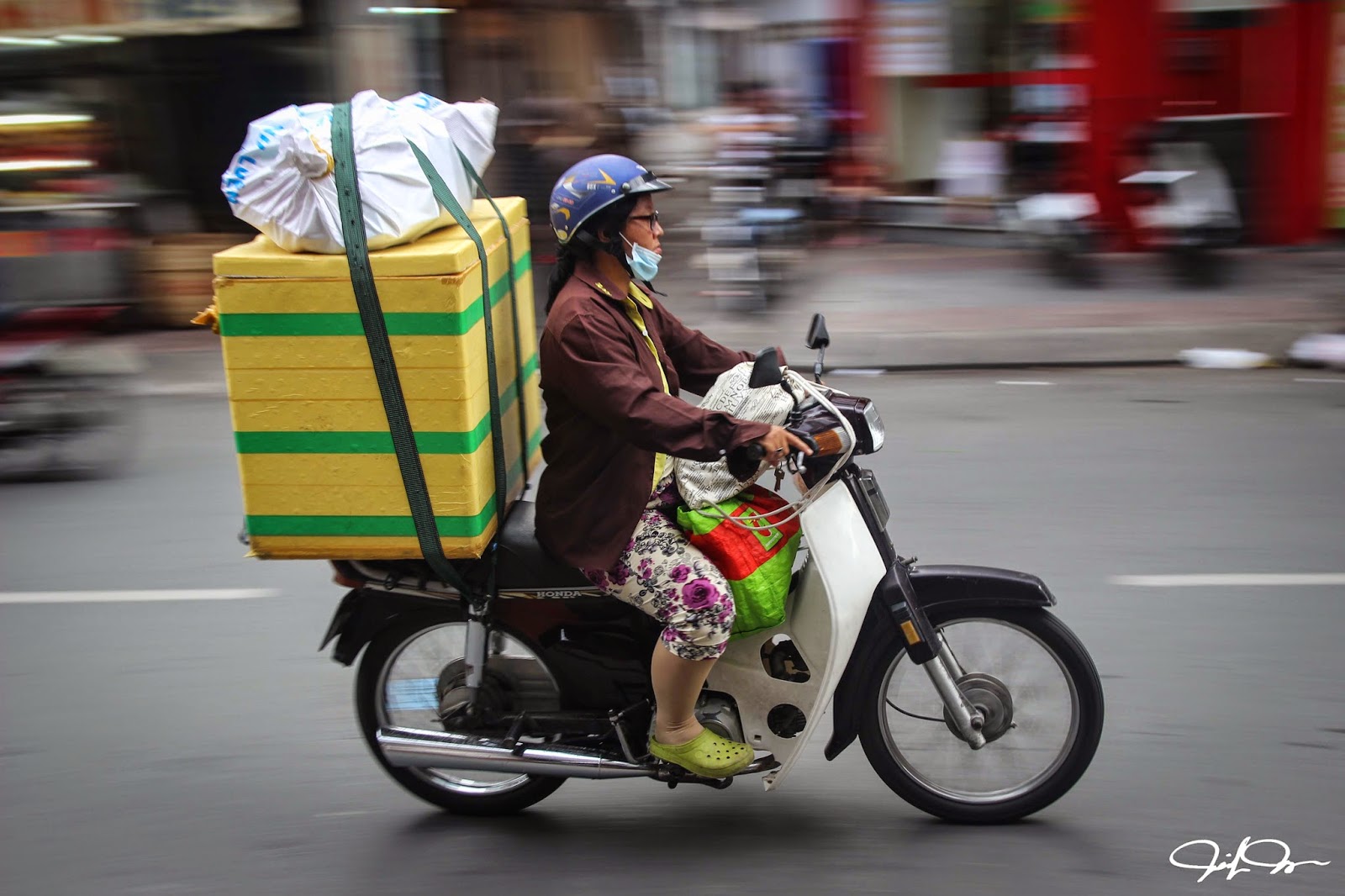 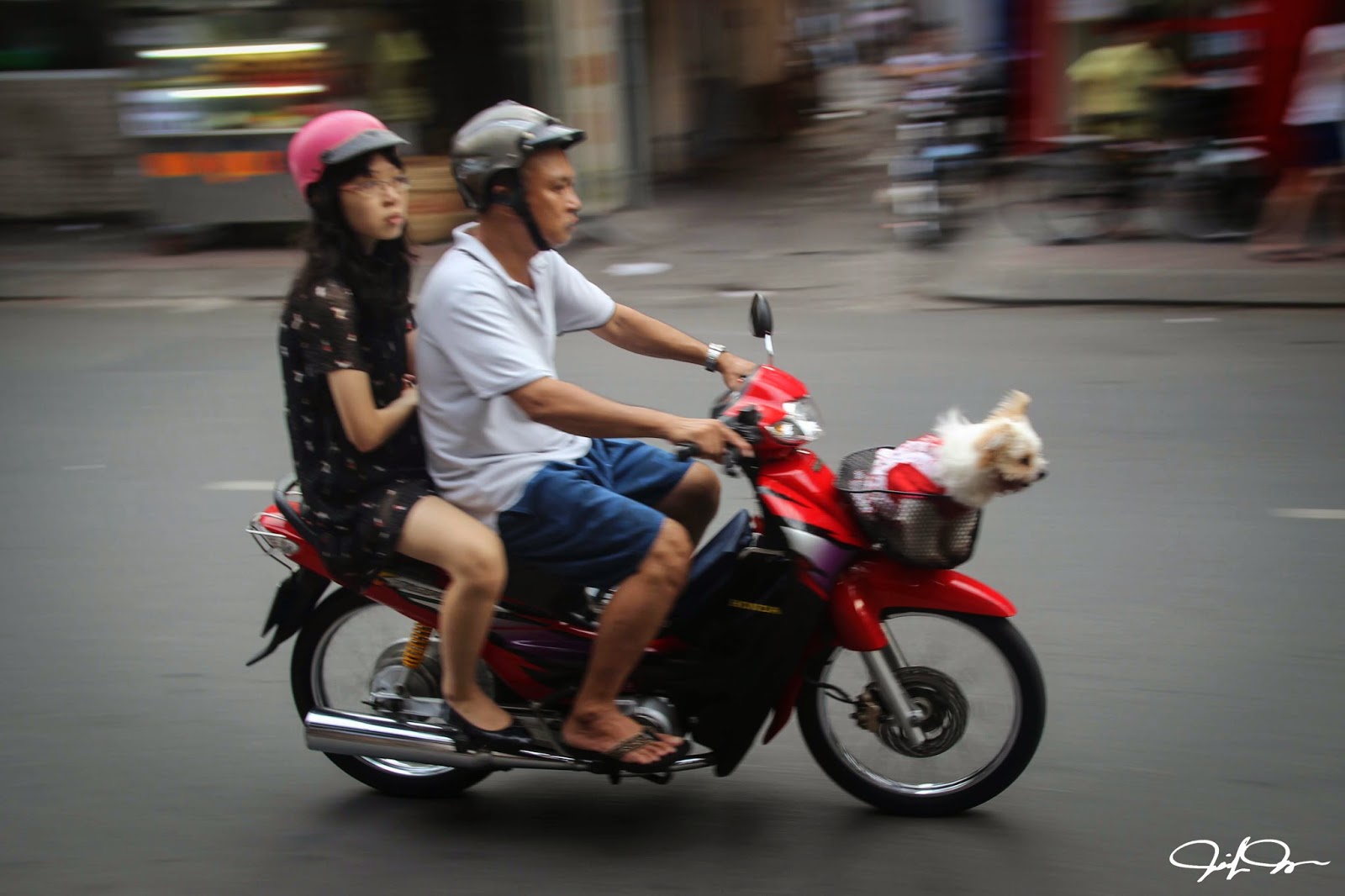 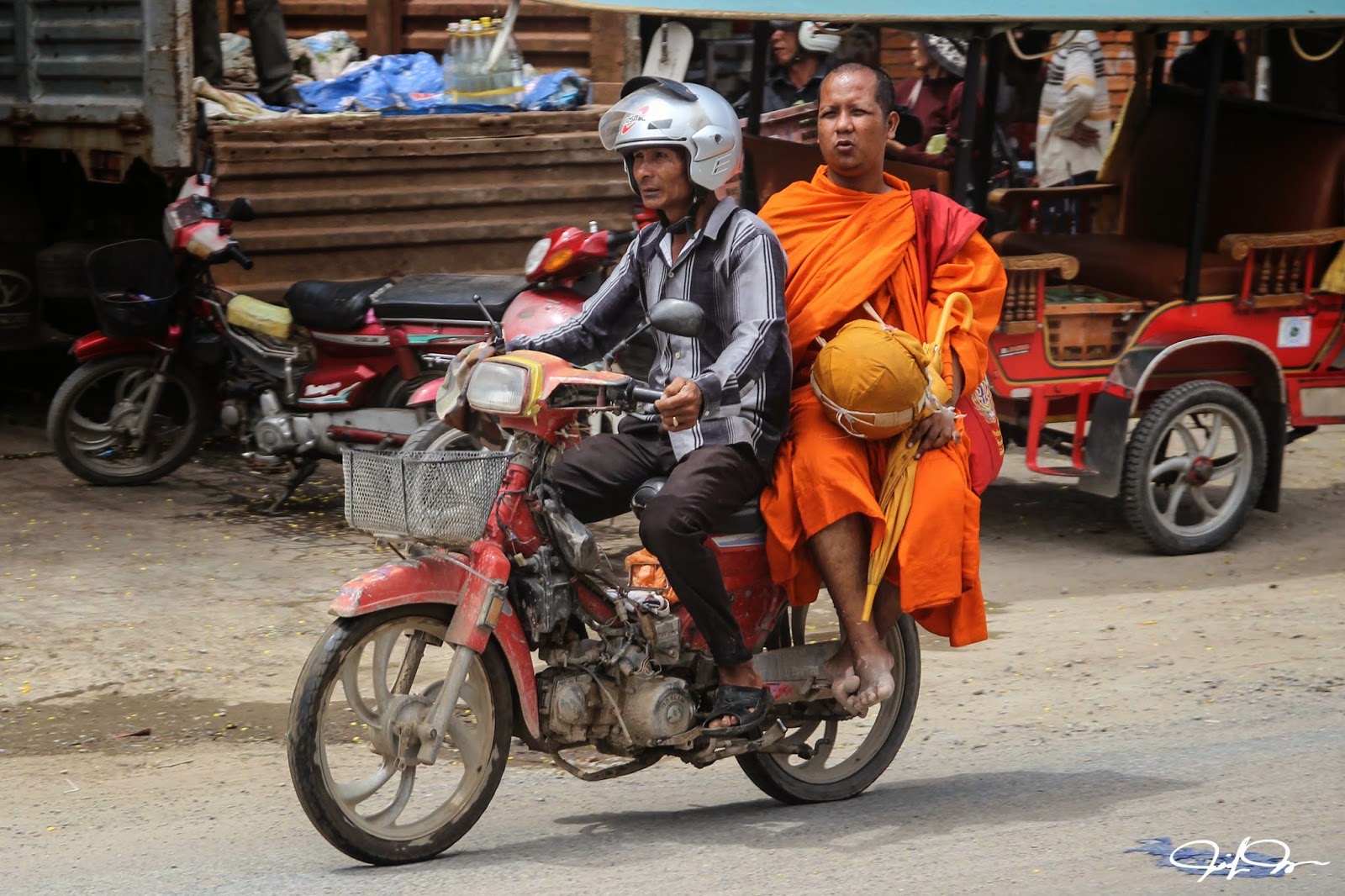 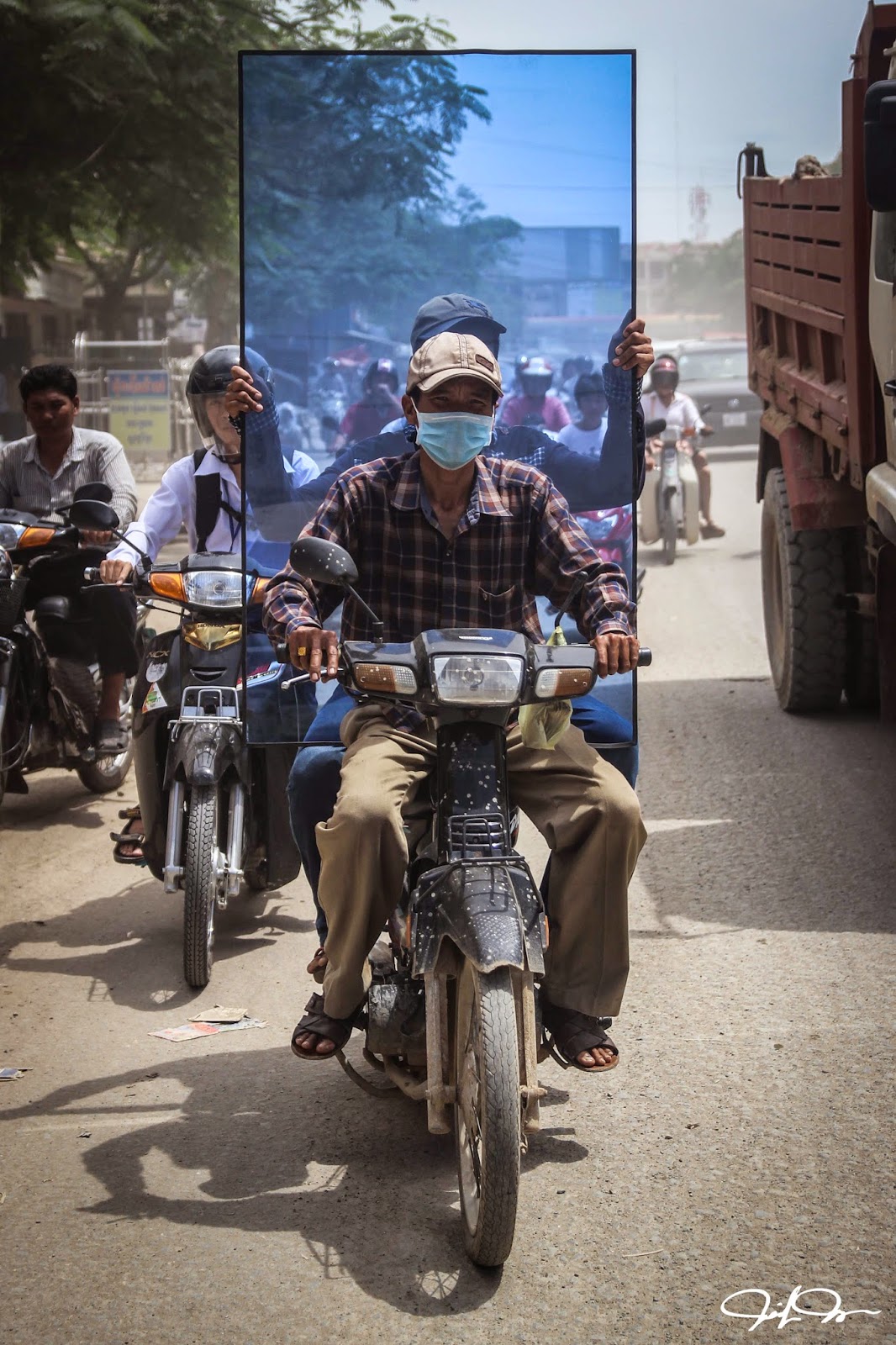 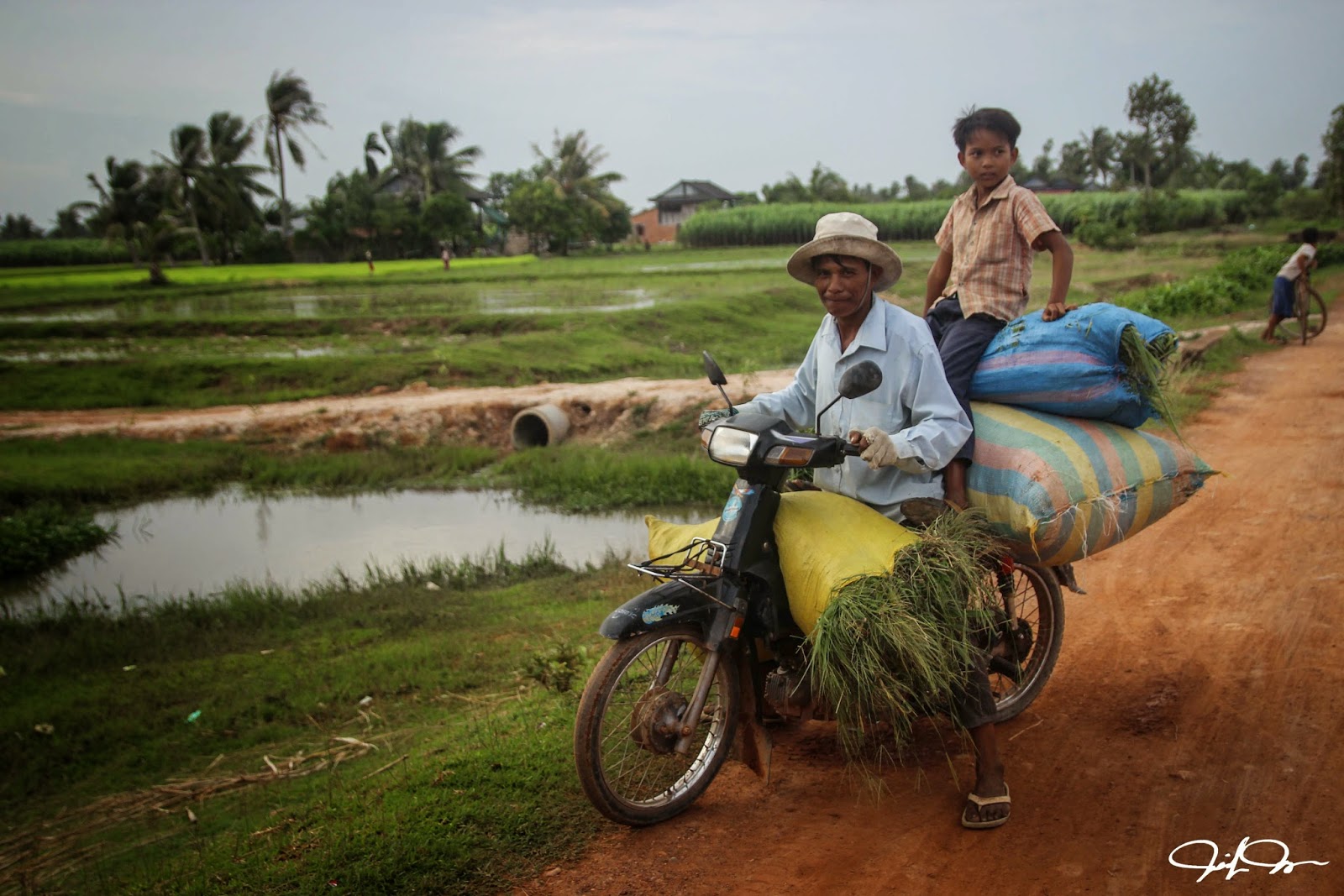 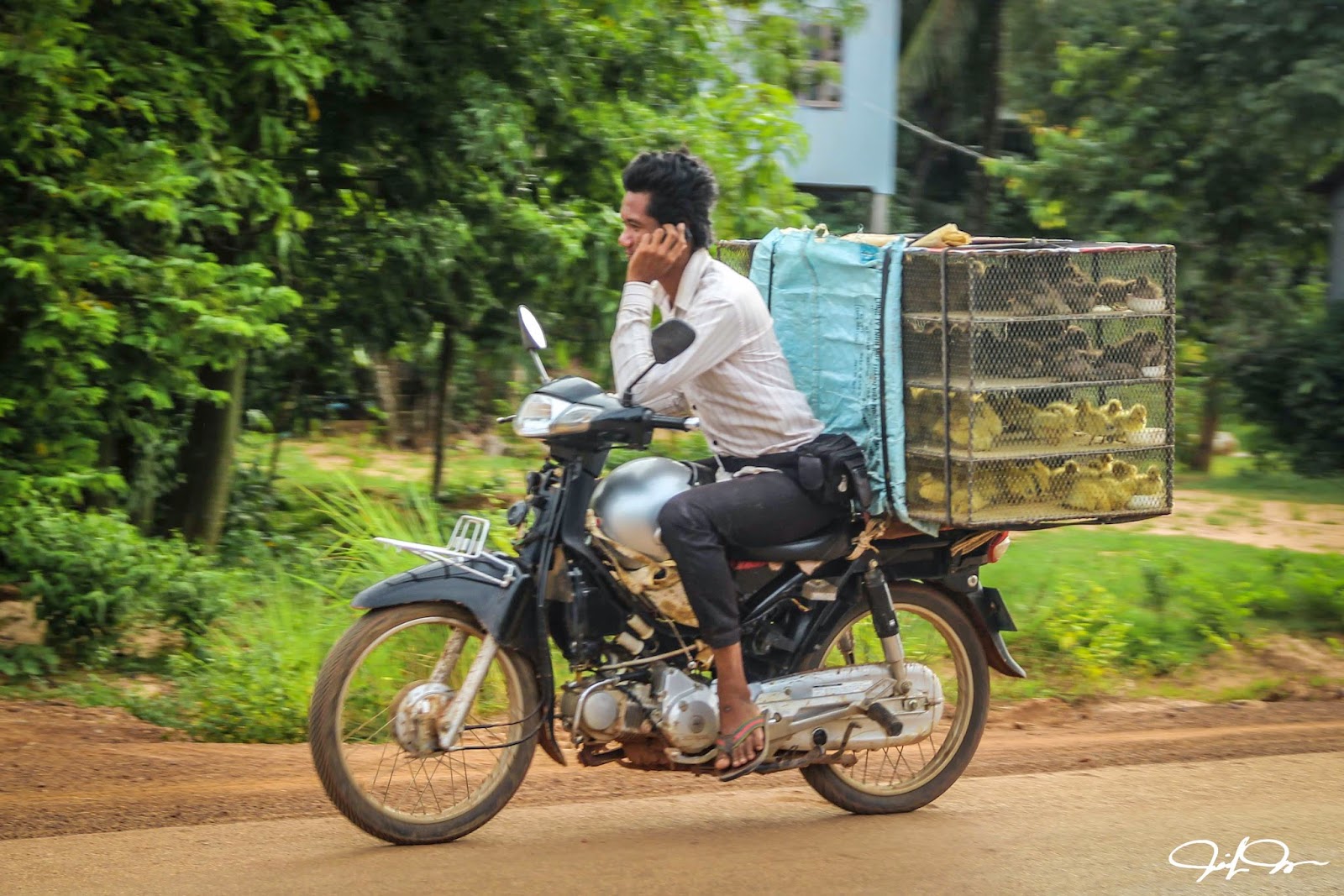 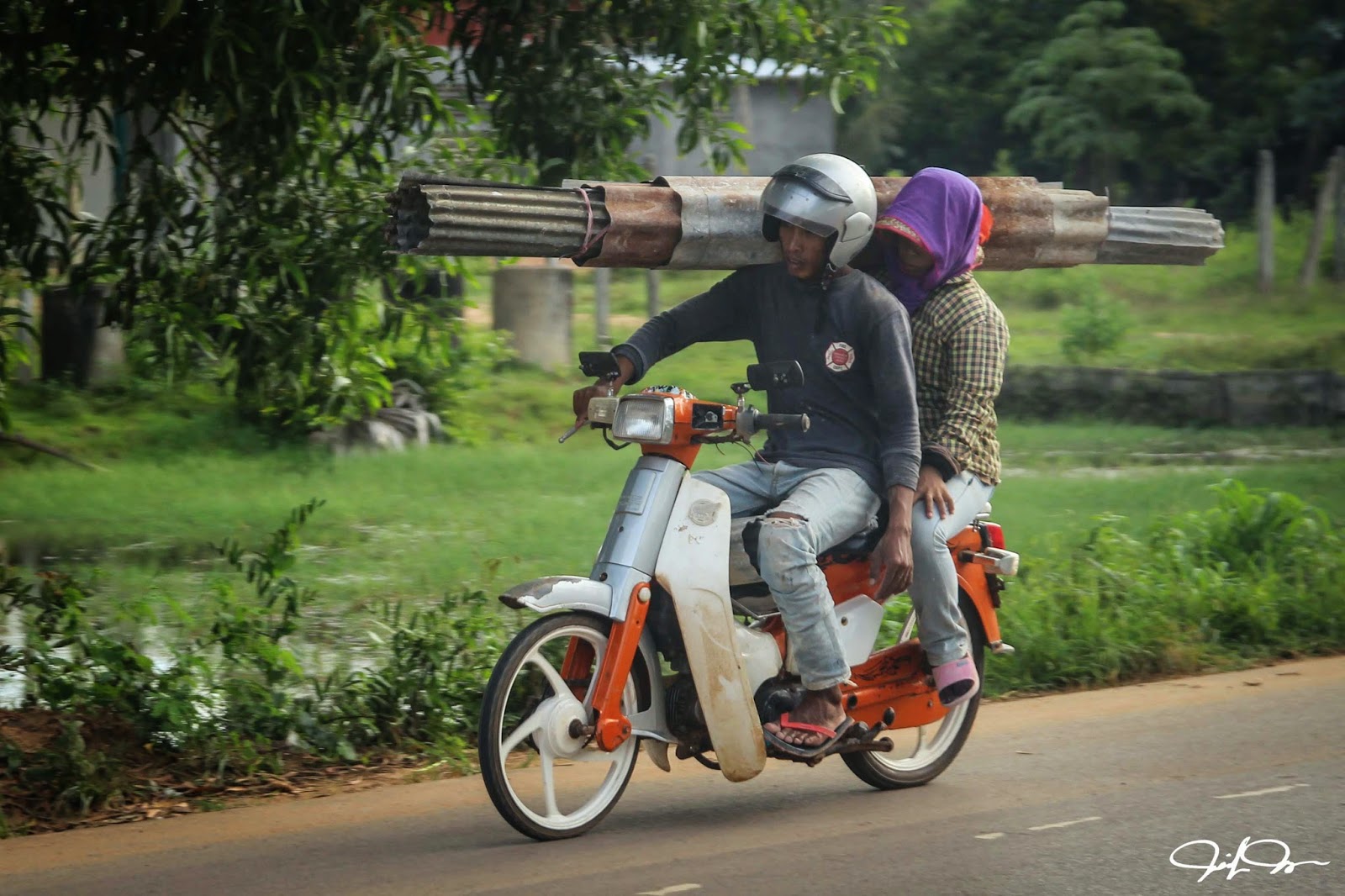 Posted by Outlander Abroad at 12:36 PM