During my last days in Buenos Aires, after my parents' departure, I focused on savoring my favorite places, and, as it would turn out, viewing an awful lot of art!  I also welcomed a few visitors to town, the timing working out perfectly with my short break to visit Iguazu Falls.  First I had the pleasure of meeting a friend (Christopher) of an old coworker from New York who was traveling through Argentina and Chile with a friend (Raphael) from Brazil.  We first met up for an incredible dinner at posh new restaurant Astor, which had been recommended by both a food critic friend of theirs and a local food blog I was following called pickupthefork.com.  Added bonus of the visit?  A bag full of homemade cookies from my former coworker - thanks, John!

A couple of days later I again met Christopher and Raphael to visit the MALBA - Museo de Arte Latinoamericano de Buenos Aires - which focused on modern art from Latin America.  We explored two floors of the museum's collection, ranging from intriguing and beautiful to bizarre and off-putting, as well as two rooms of special exhibits.  One of the most interesting special exhibits to me was an installation called, "Man with an Axe and Other Situations" by artist Liliana Porter.  It featured tiny representations of people performing basic tasks in a landscape of carefully arranged objects and knickknacks that mostly dwarfed the human representations, as if to show how small we are, the futility of such tasks, and perhaps warn against centralizing our lives around such materialistic things.  Or maybe that's just what I got out of it!  I always find installations extra fascinating, since they only exist for such a brief time before being broken apart. 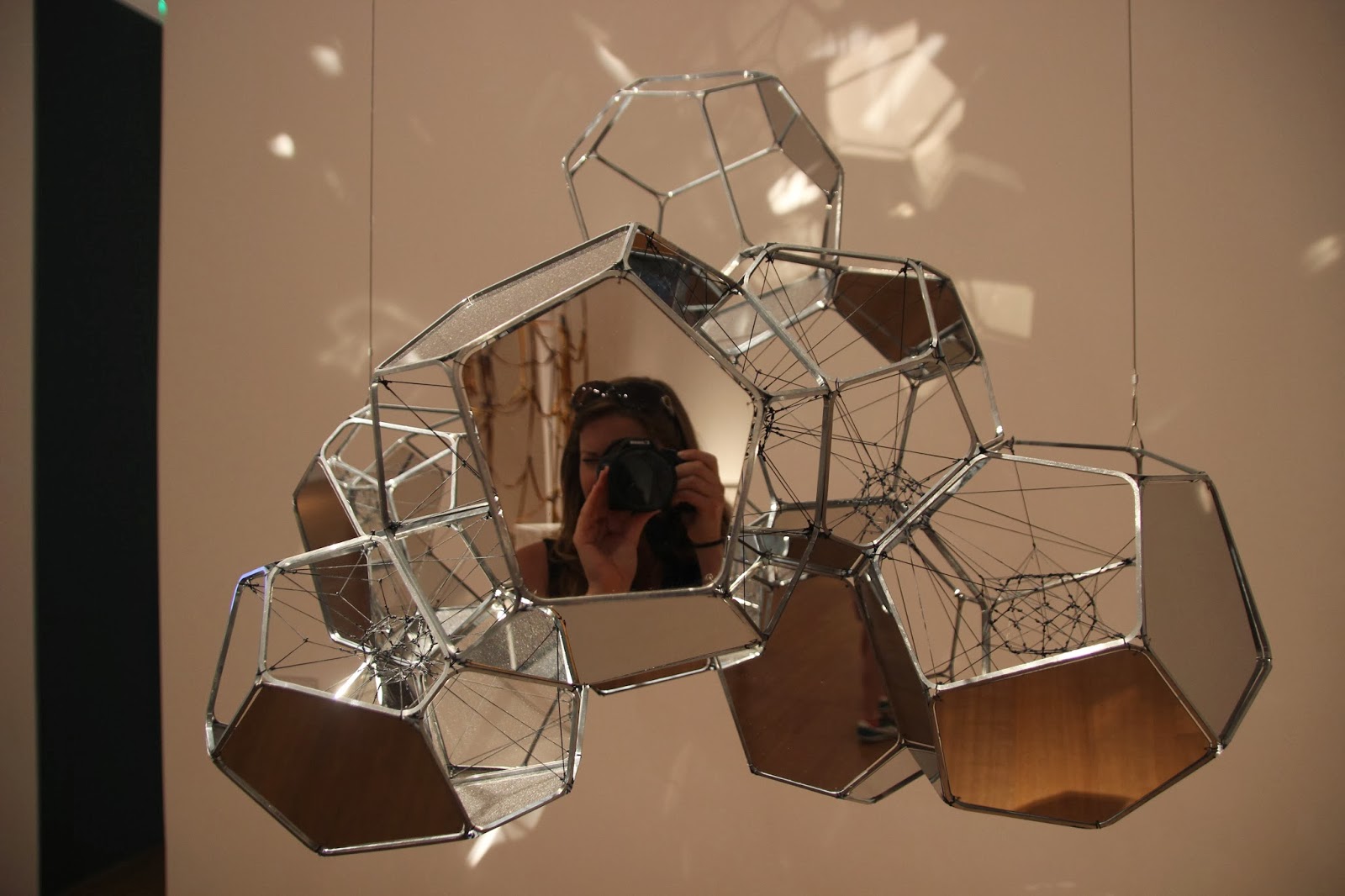 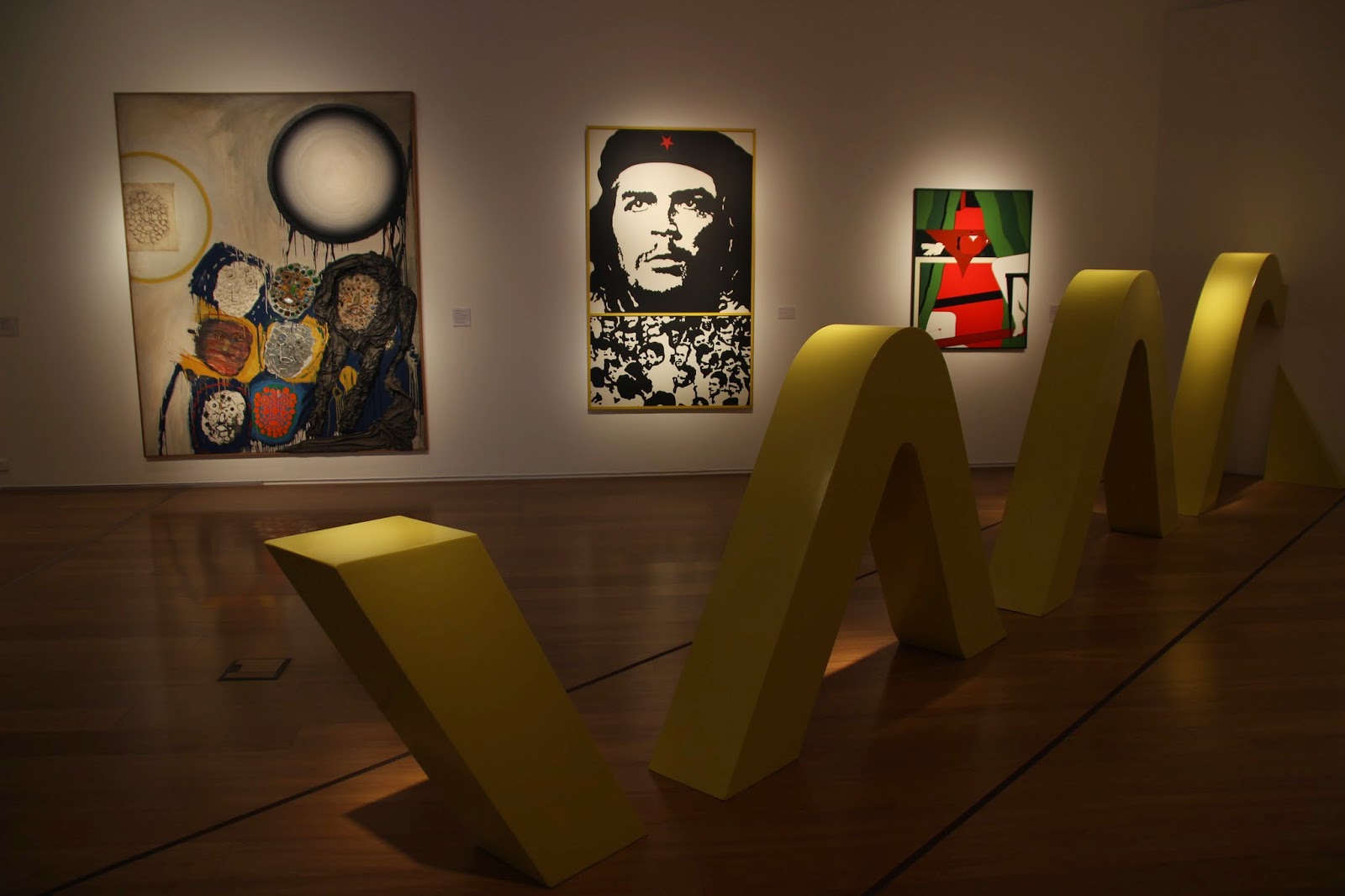 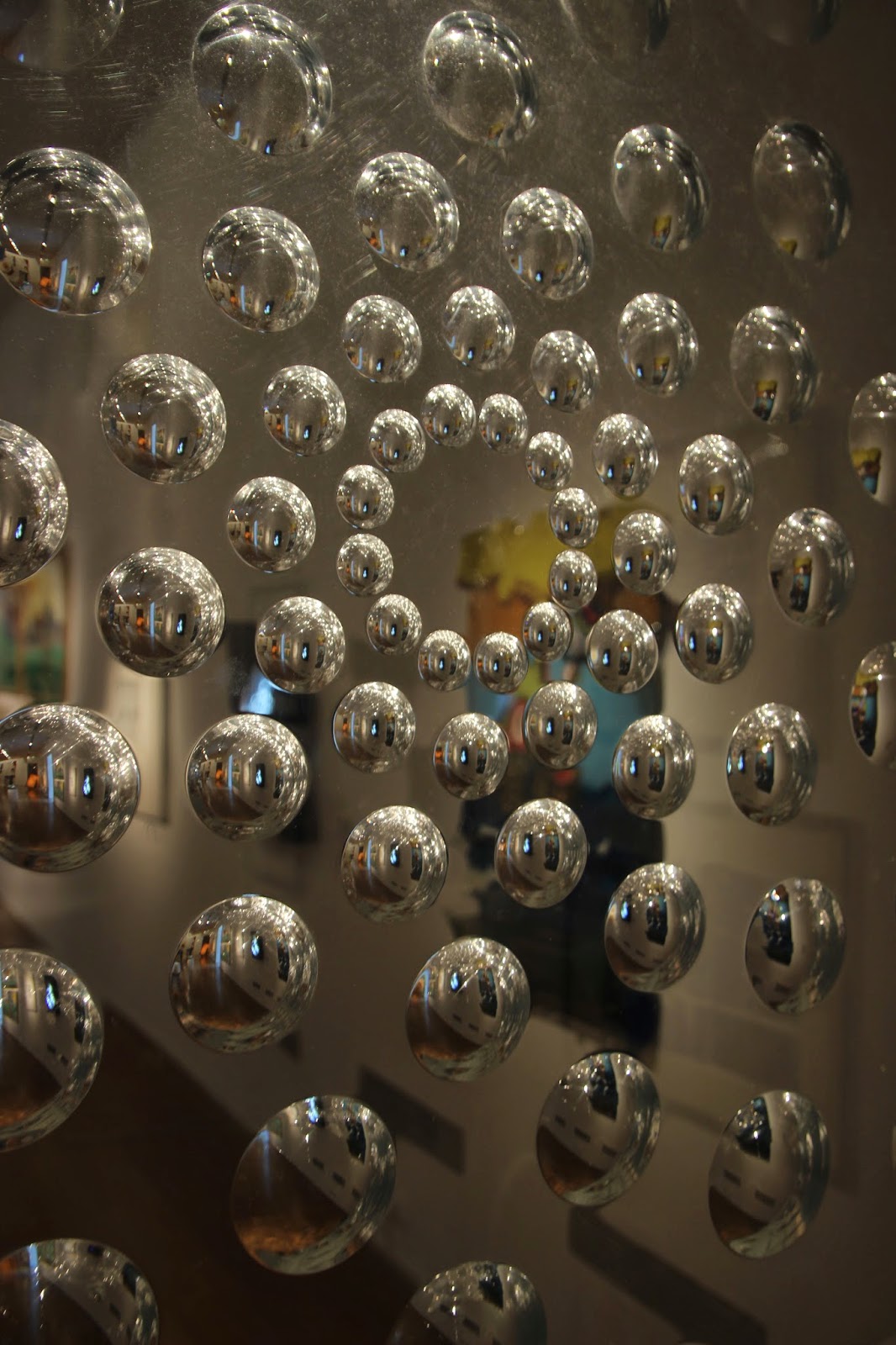 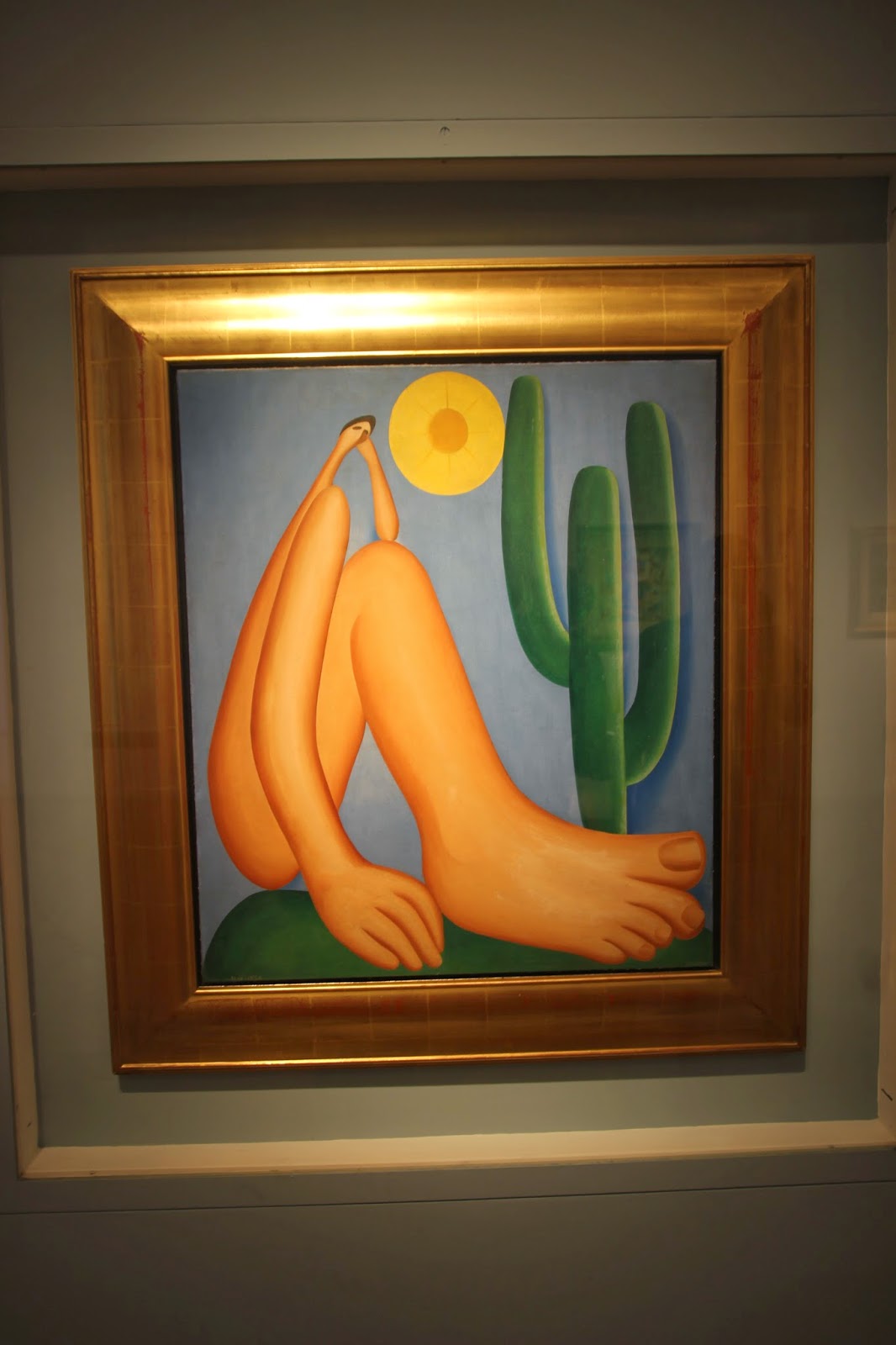 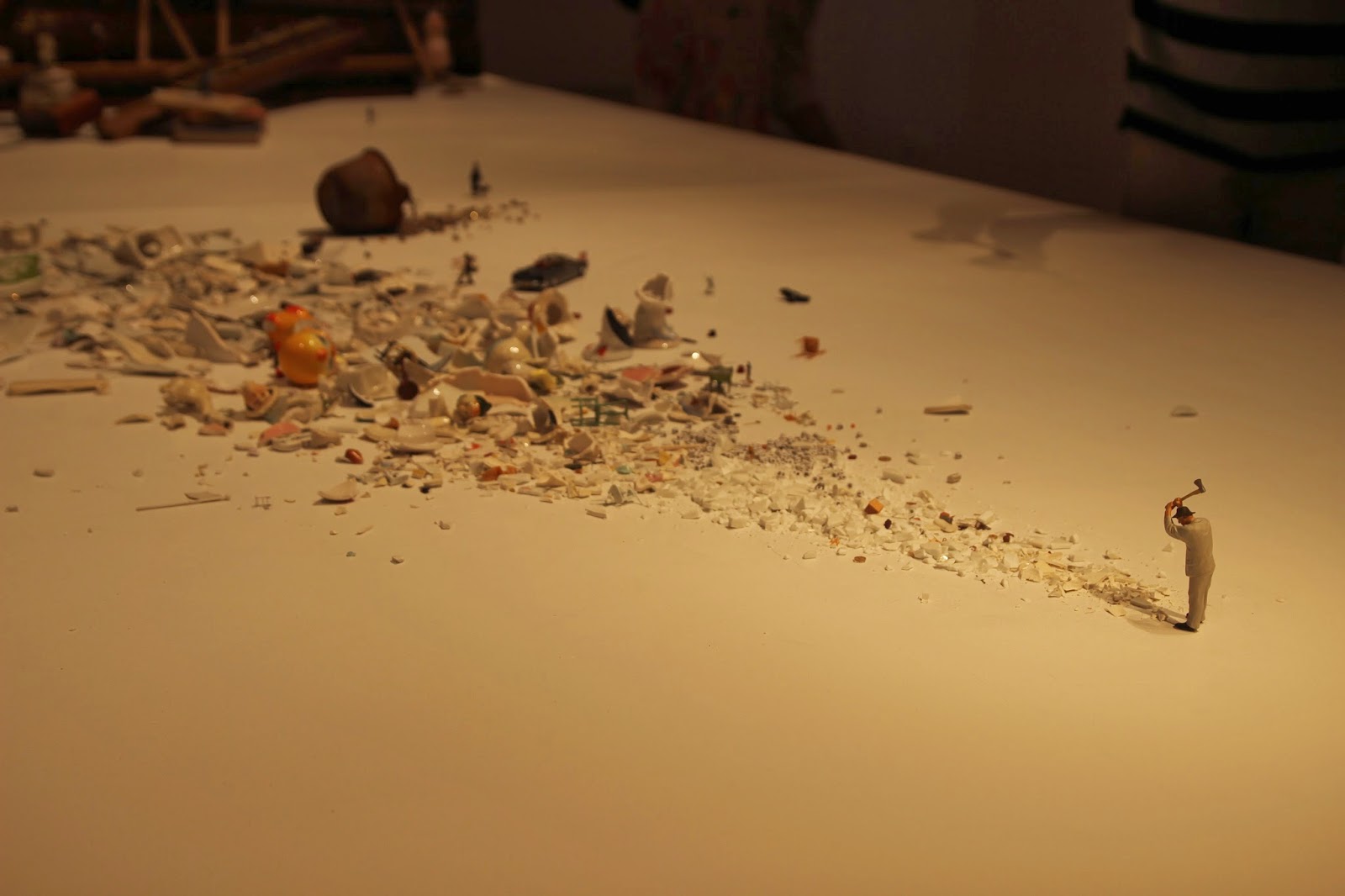 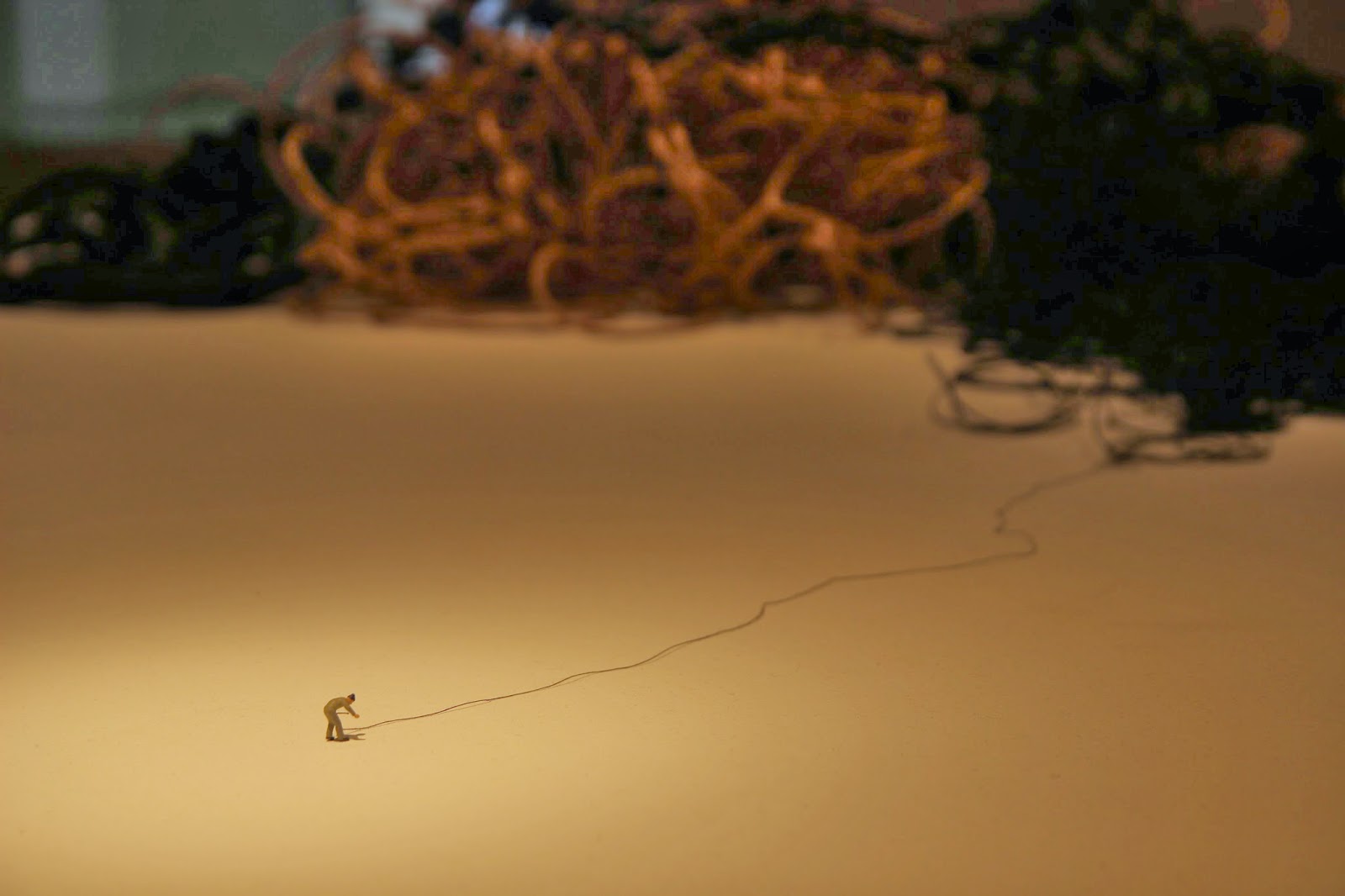 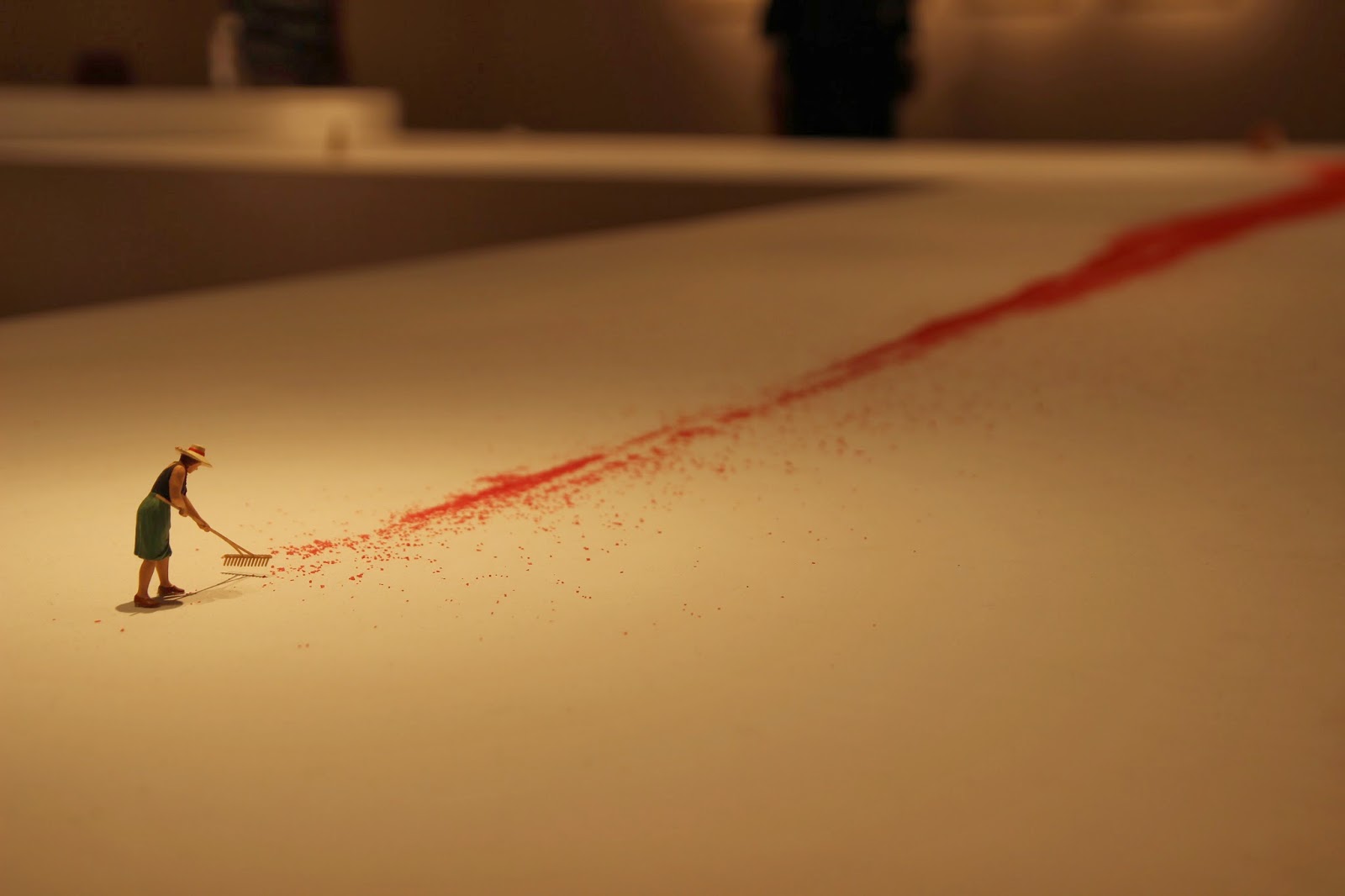 As Christopher and Raphael departed for Patagonia, I headed north to visit Iguazu Falls.  Almost immediately upon my return, another friend from my time in Bariloche - Joris, from Belgium, arrived in Buenos Aires.  We had heard about street art tours being offered around town, but being enterprising (and cheap), we perused the interwebs for a suitable walking path and headed out on our own self-guided tour through Palermo.  Winding through the streets and alleyways, we discovered brilliant murals and collections of stencils, some art obviously commissioned by the stores themselves (including some cute window drawings), some obvious tags, and even quite a few collections that seemed very city-supported. 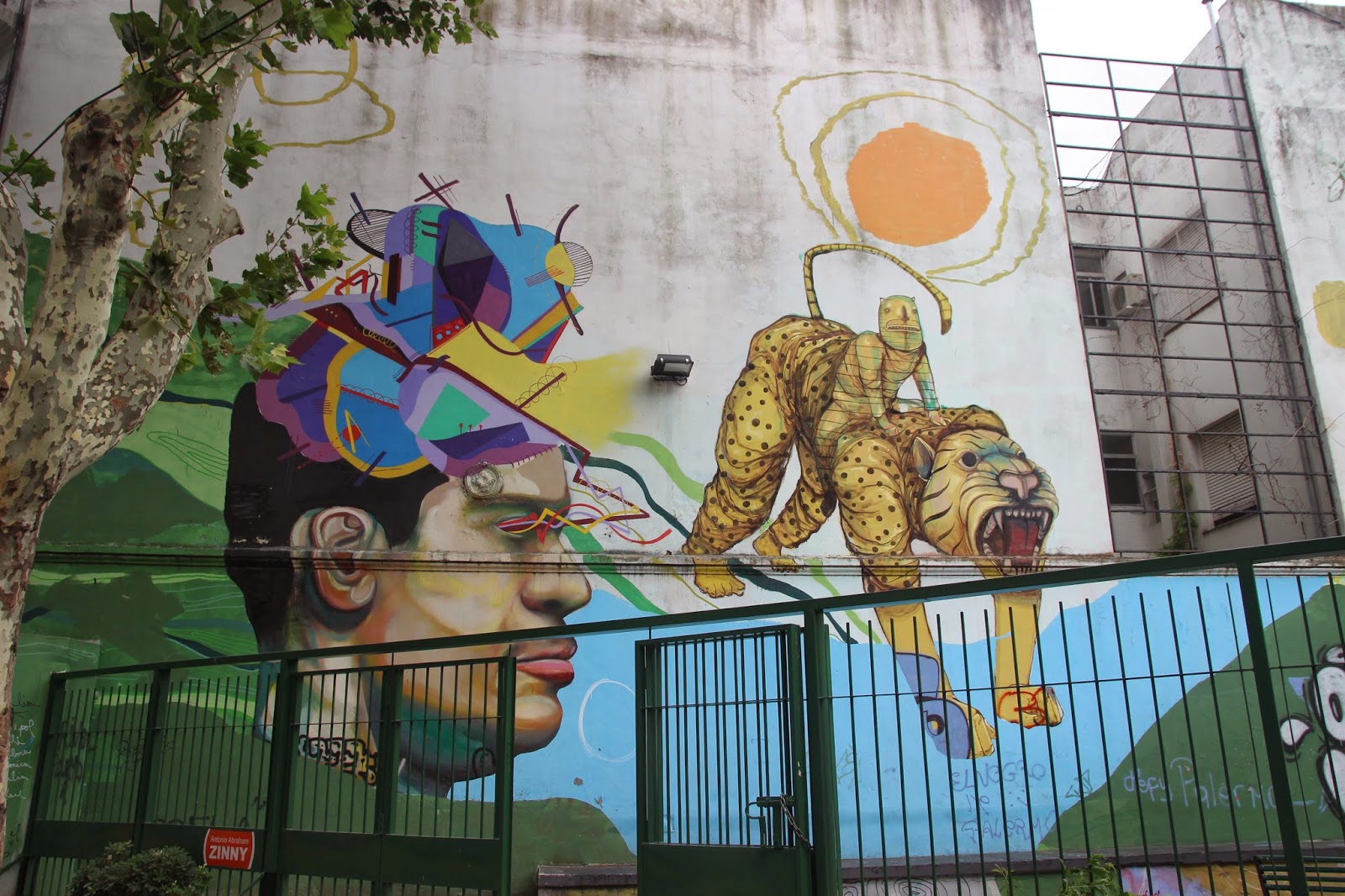 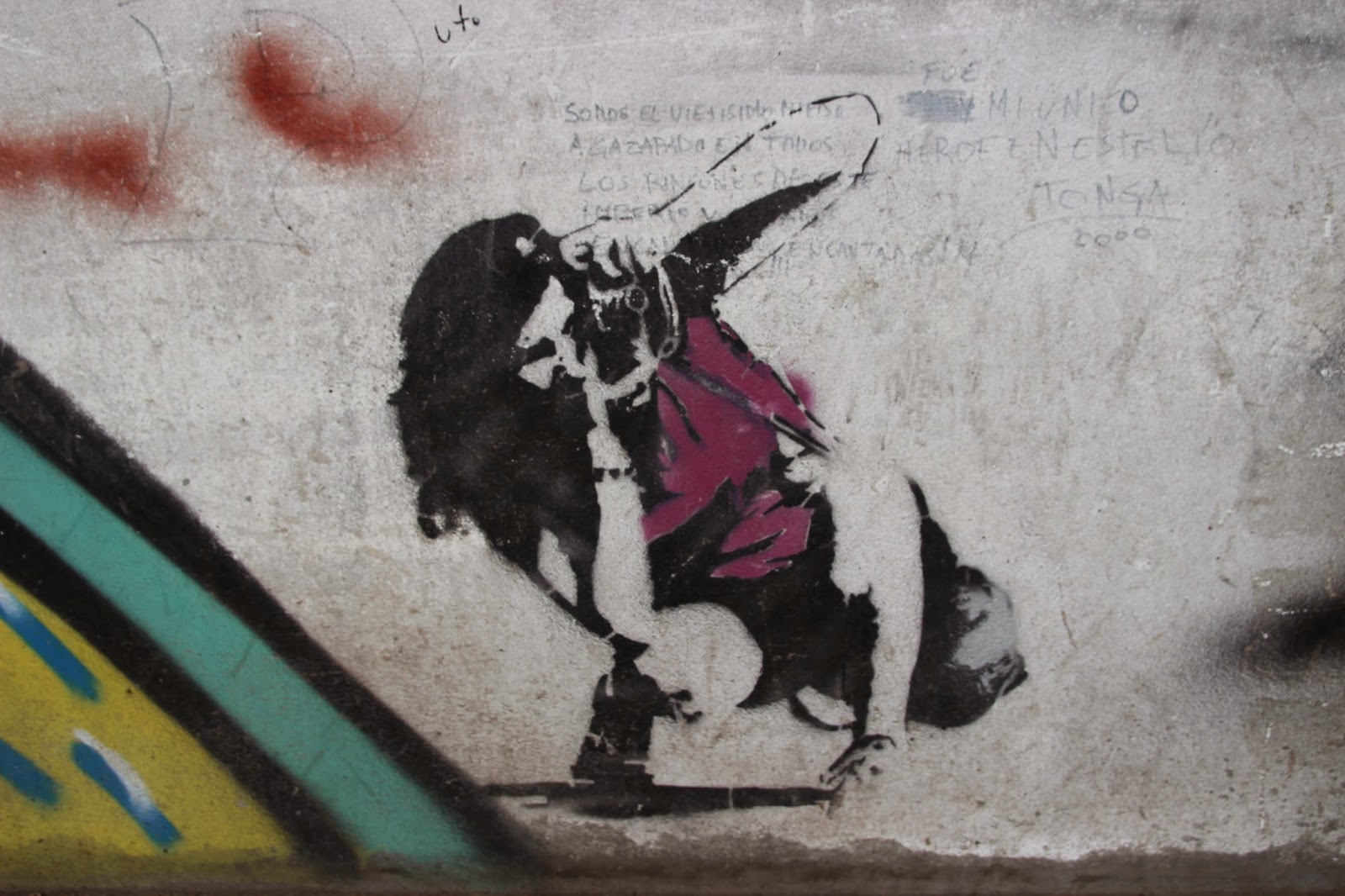 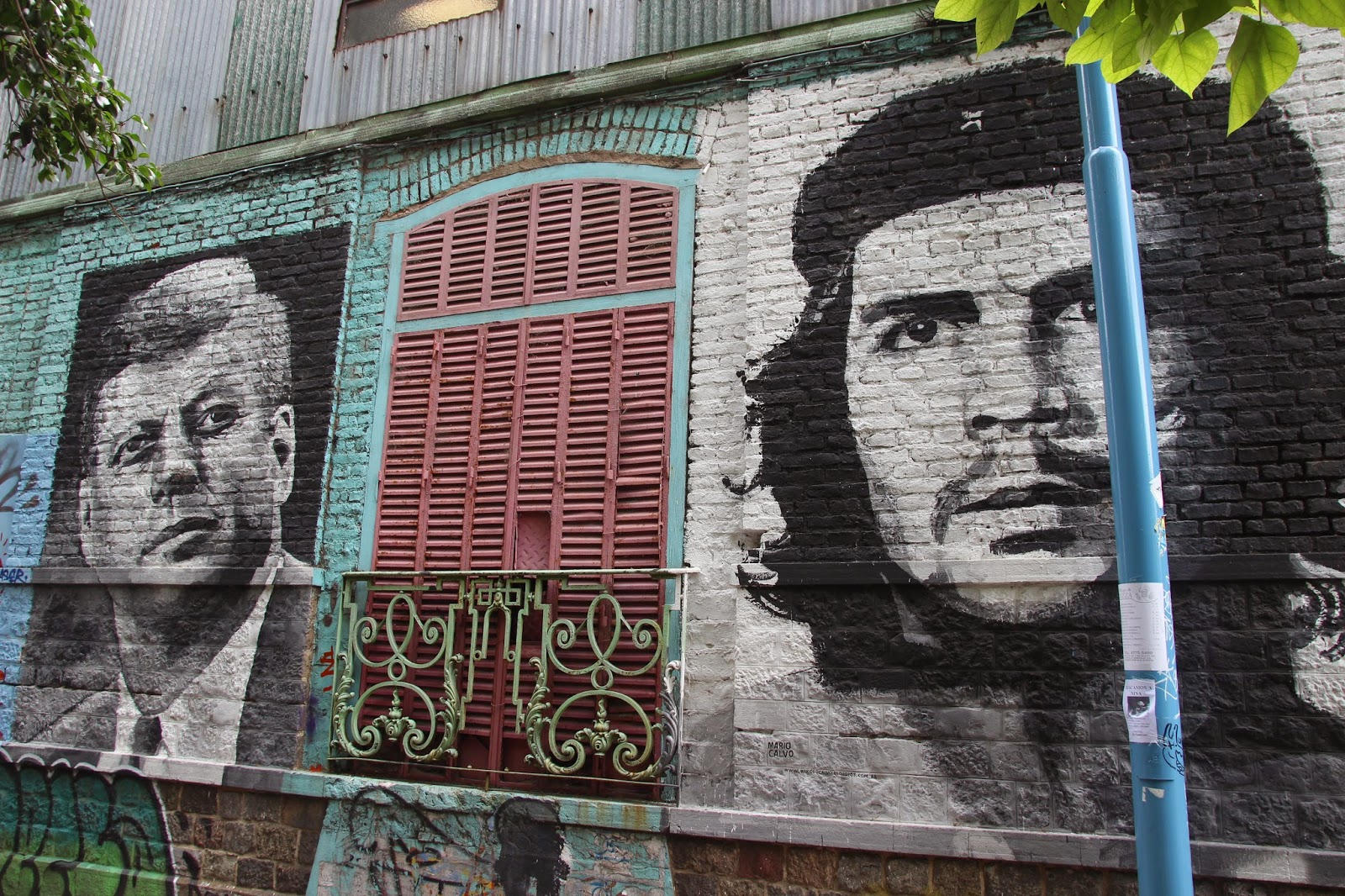 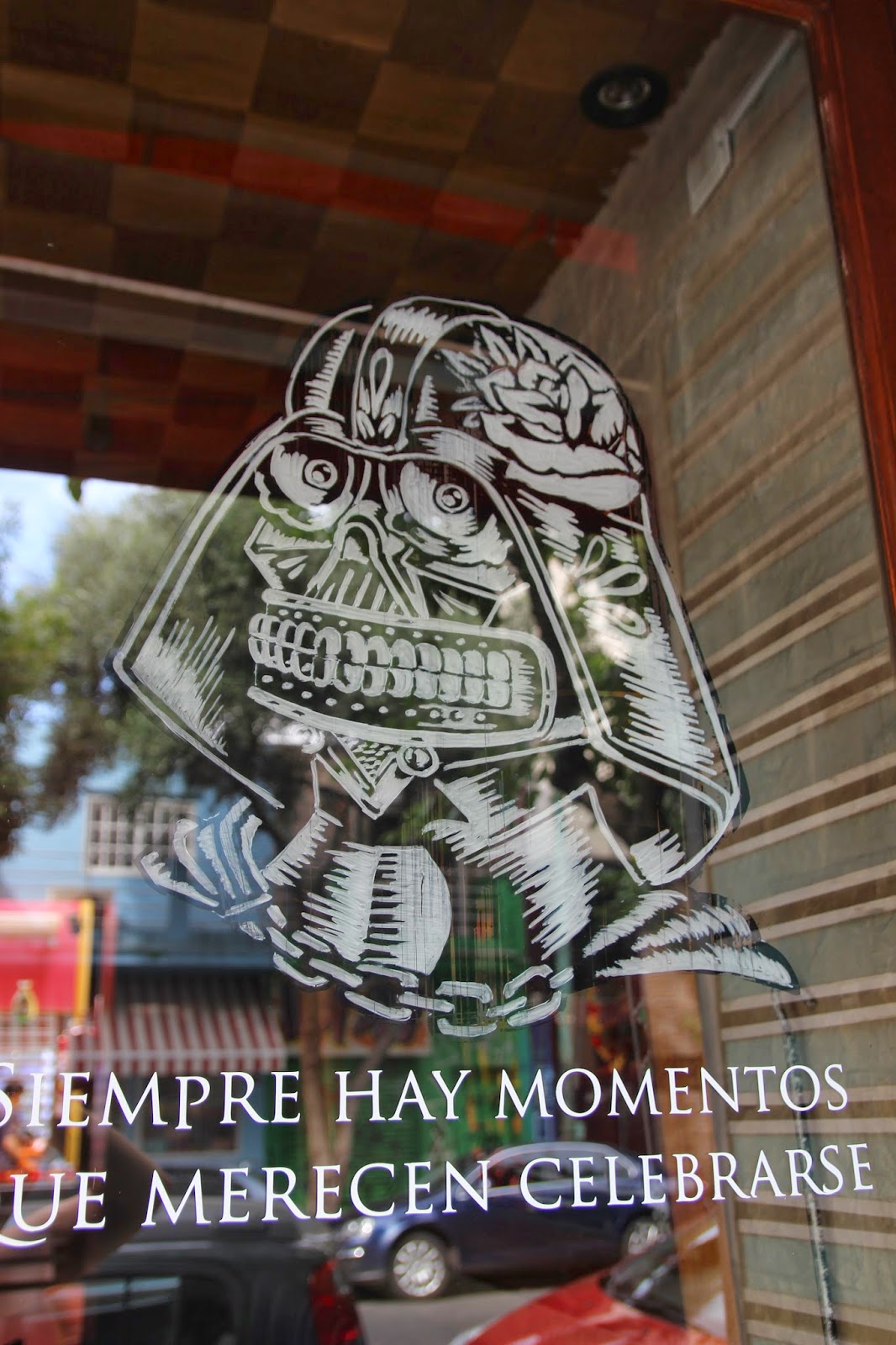 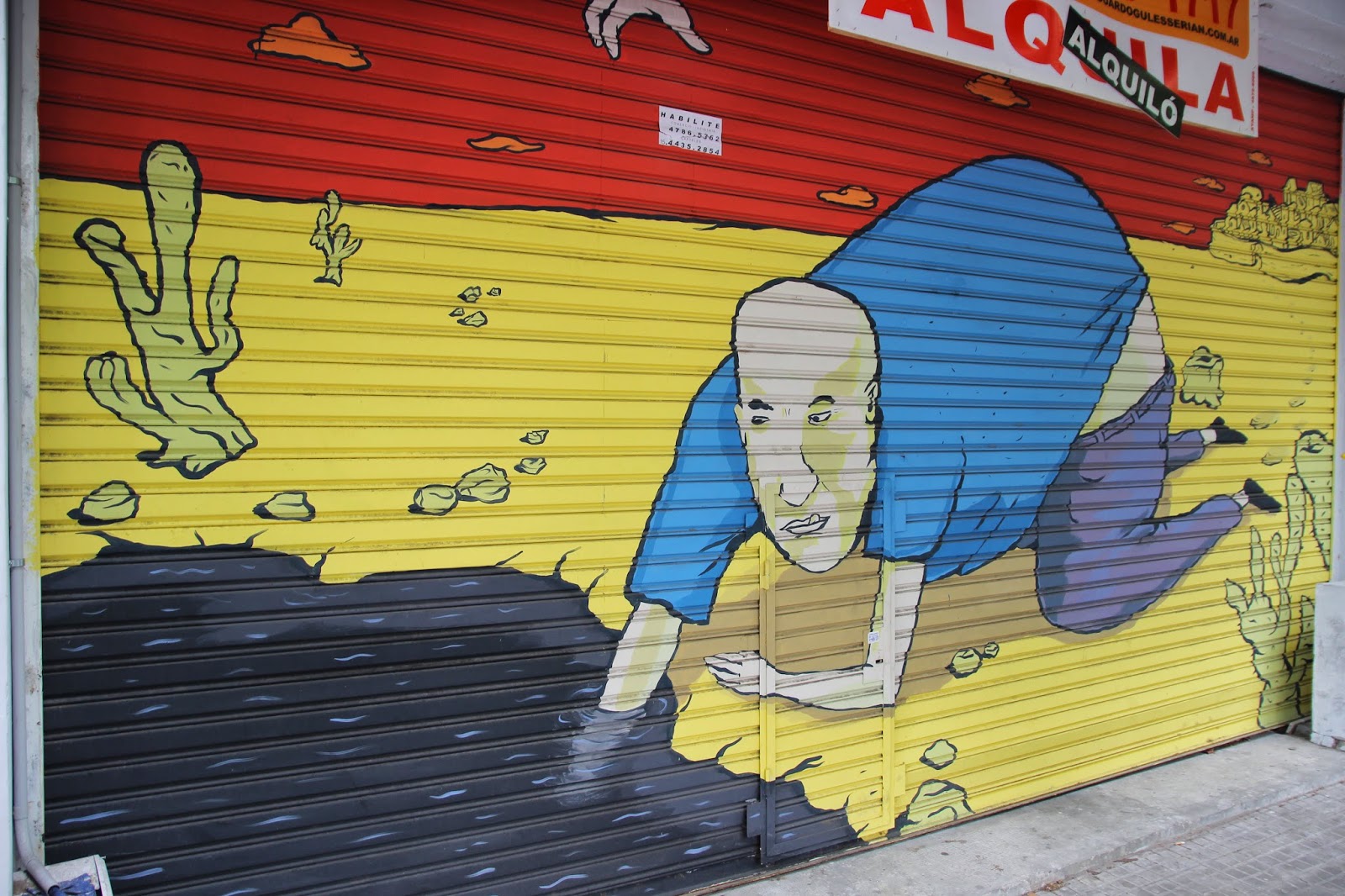 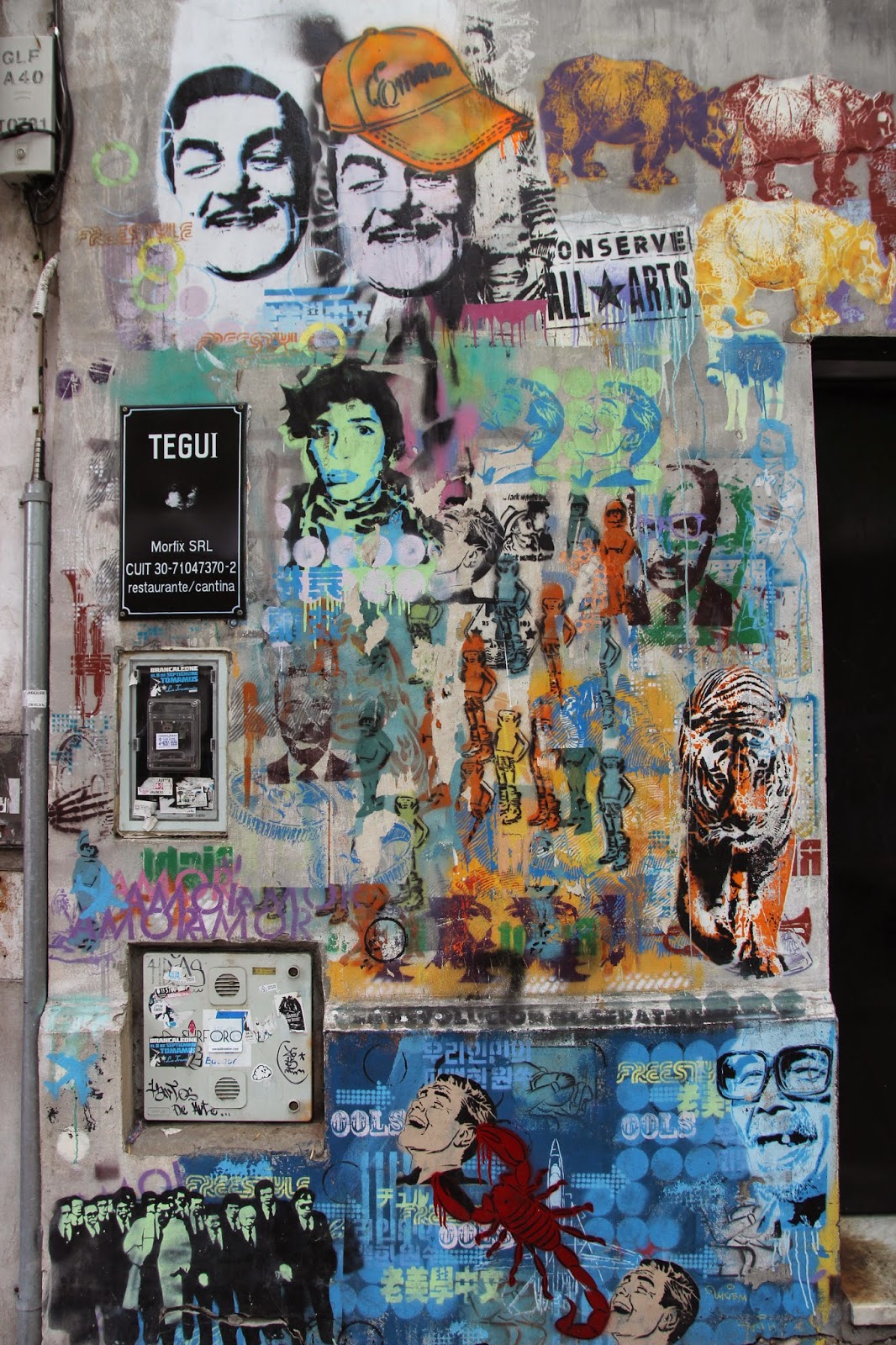 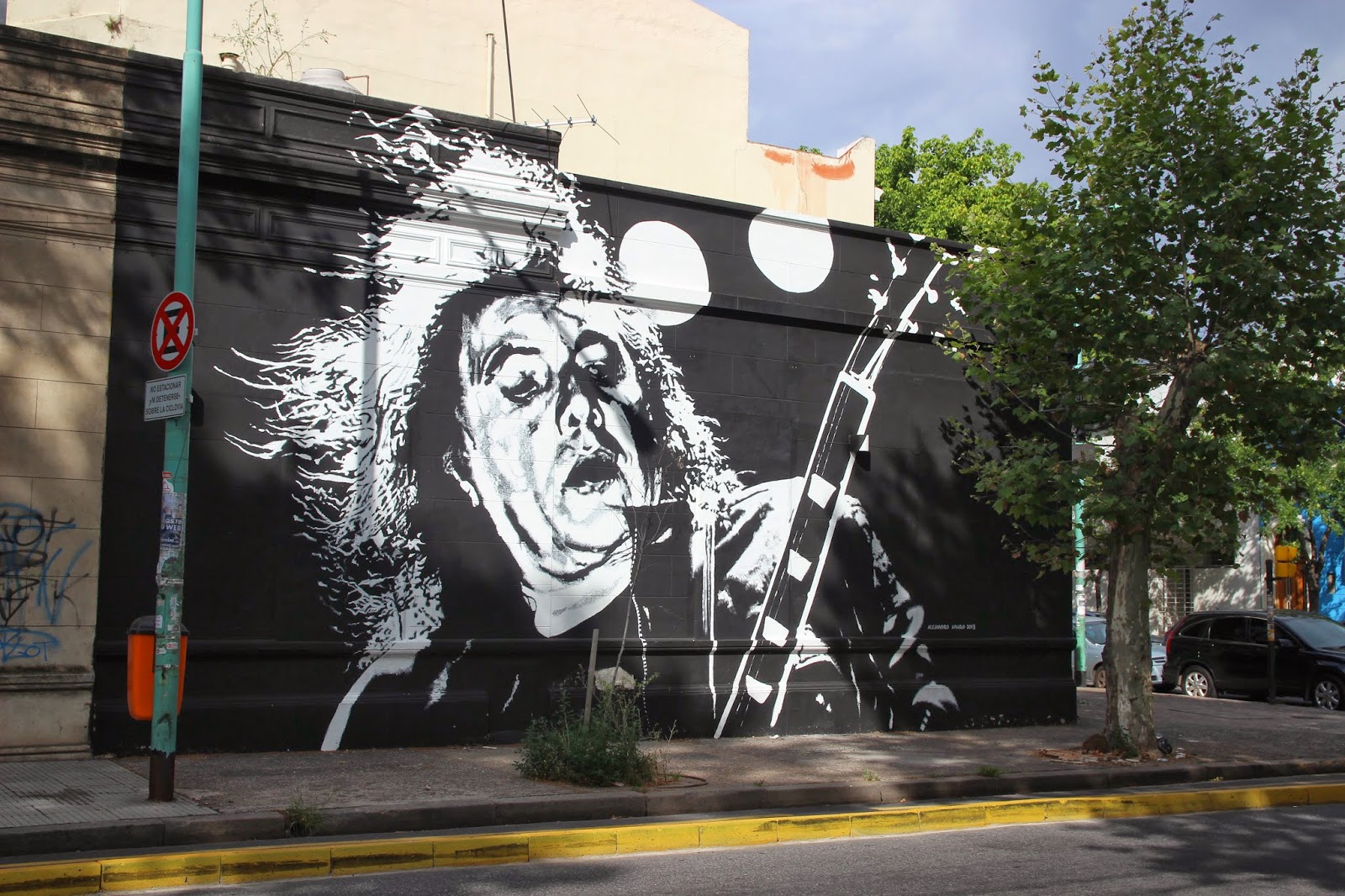 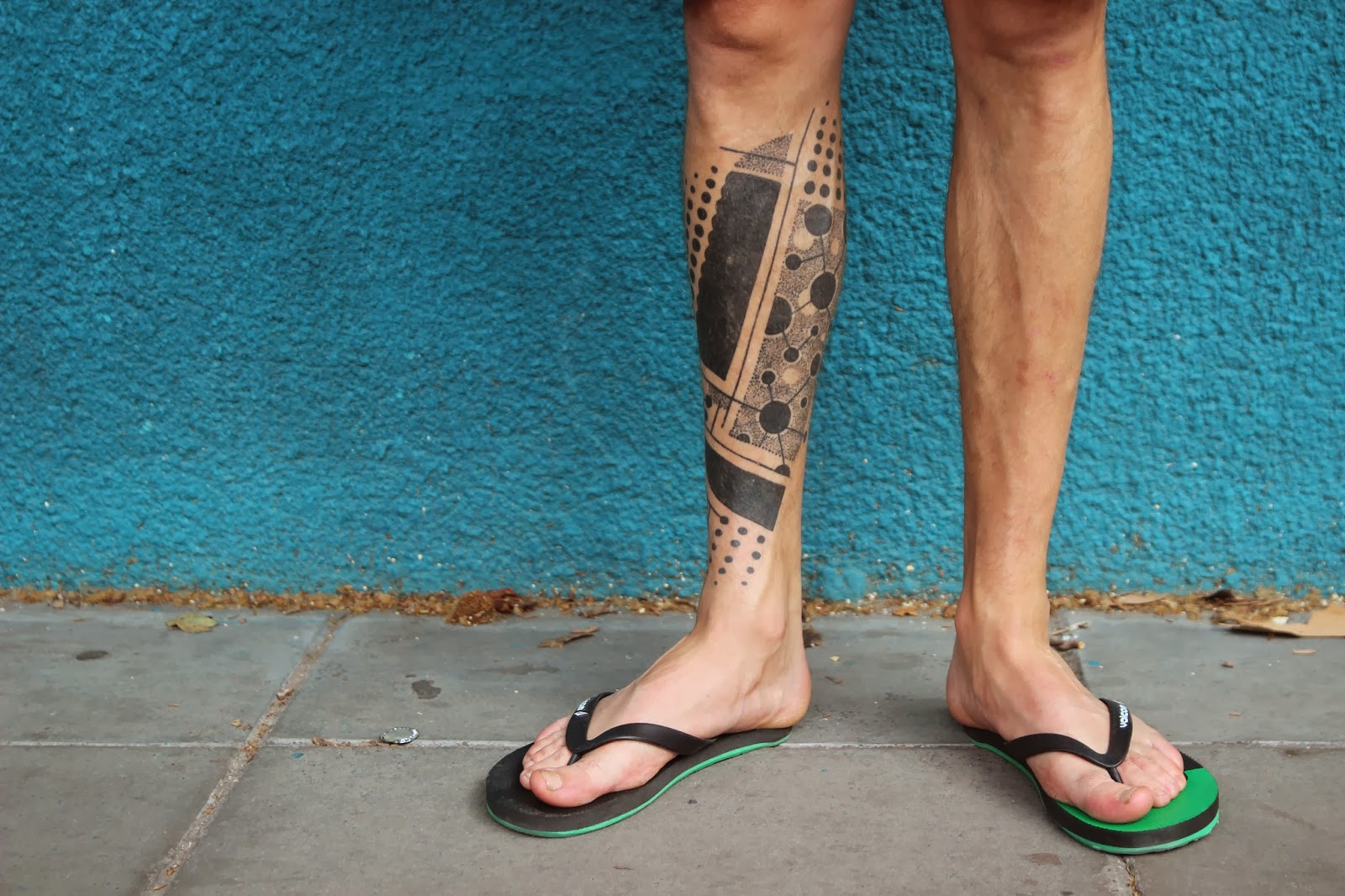 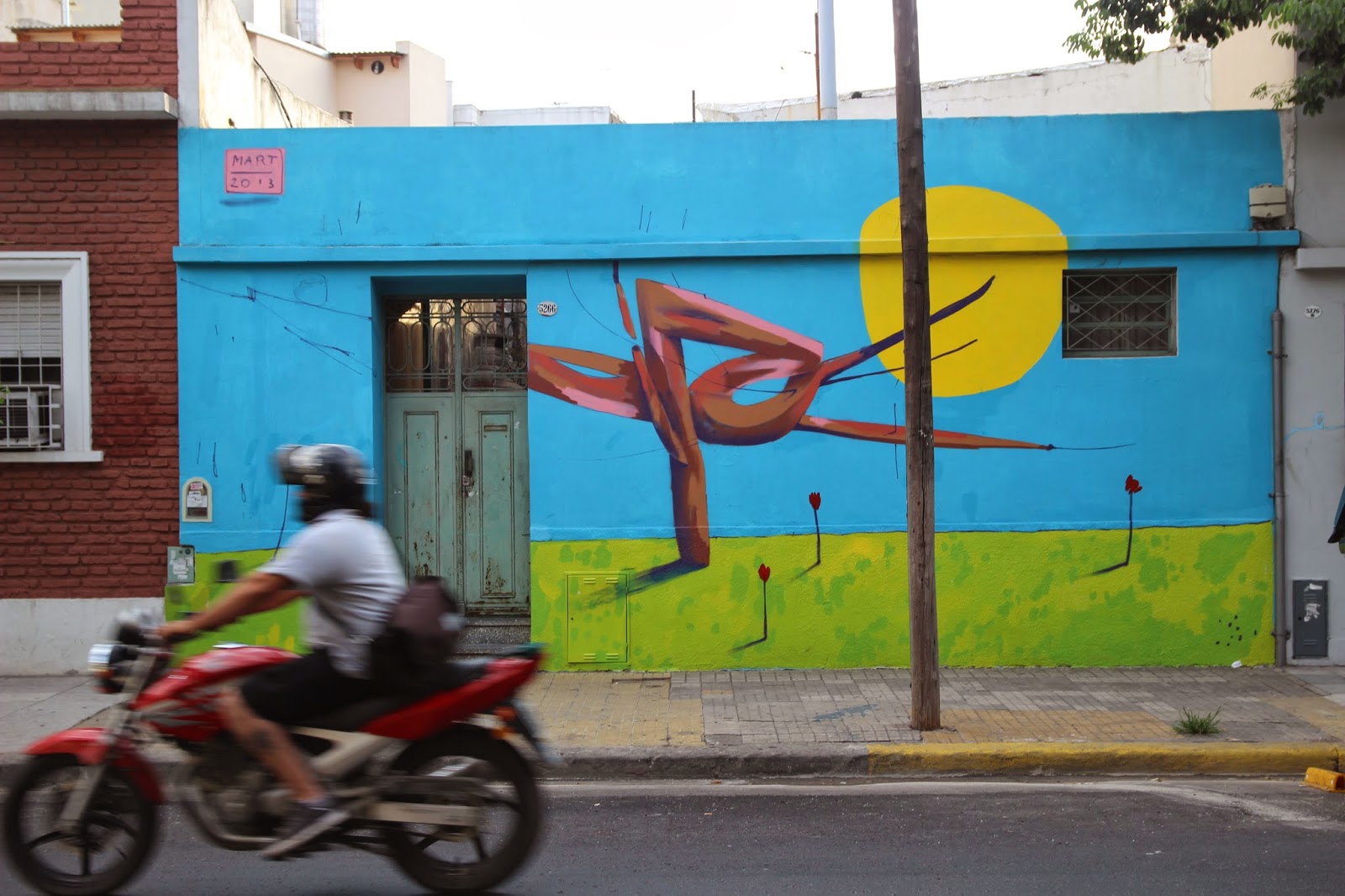 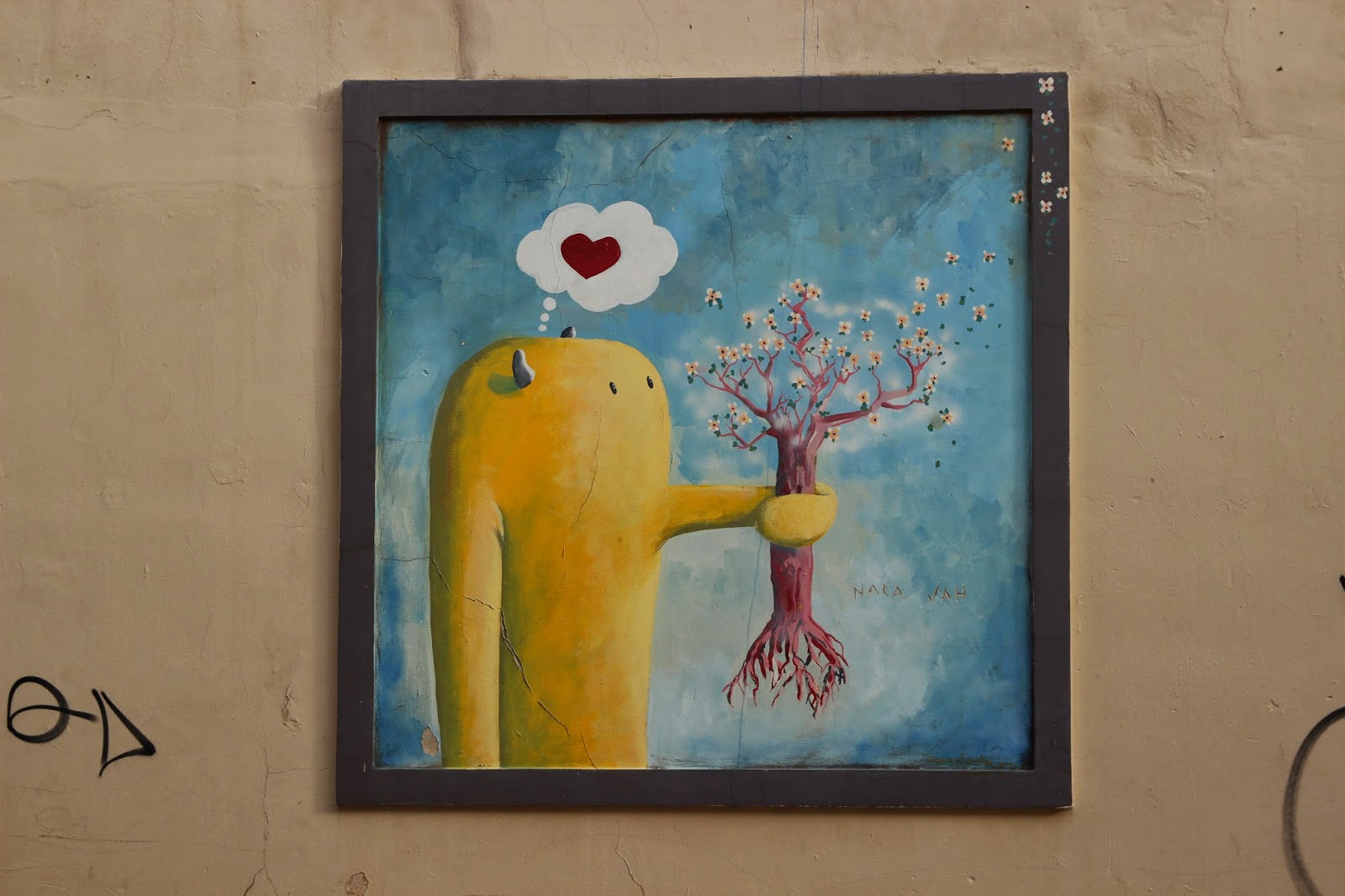 We also discovered another gem of a lunch spot through pickupthefork, called, simply, Burger Bar, which had great beer on tap and a variety of incredible gourmet burgers and crispy fries (rumored to be an Anthony Bourdain recipe), served with a variety of homemade condiments.  It was a perfect spot to grab a delicious, relatively cheap bite, right in the heart of Palermo Soho.  We also checked out a dinner spot near my apartment that I had walked by dozens of times but never visited called La Peca.  We quickly discovered that pizzas and sandwiches were their thing, sharing an excellent pizza of sundered tomatoes, olives, fresh arugula, and a mix of cheeses.  And a large bottle of Stella Artois, of course. 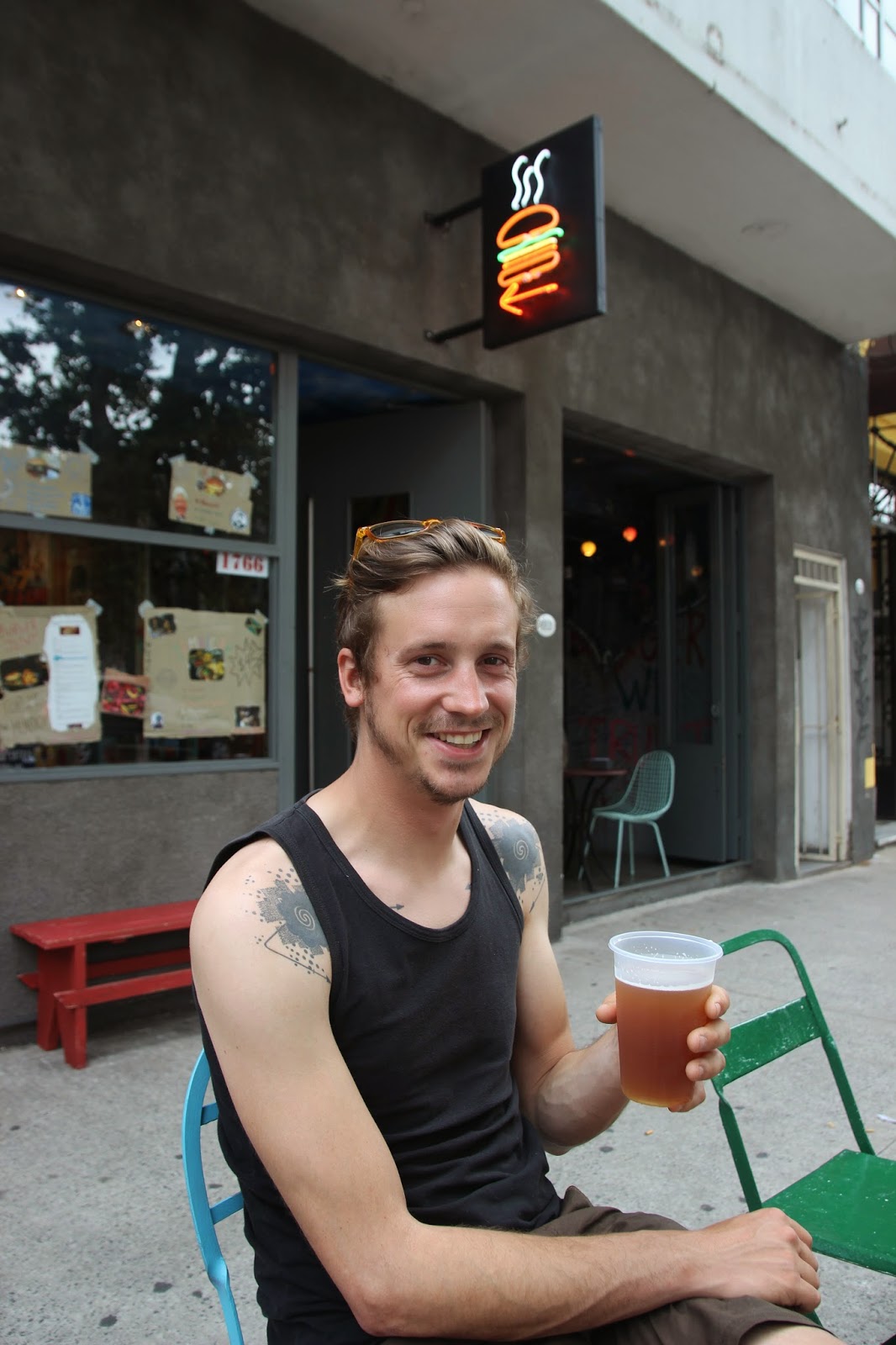 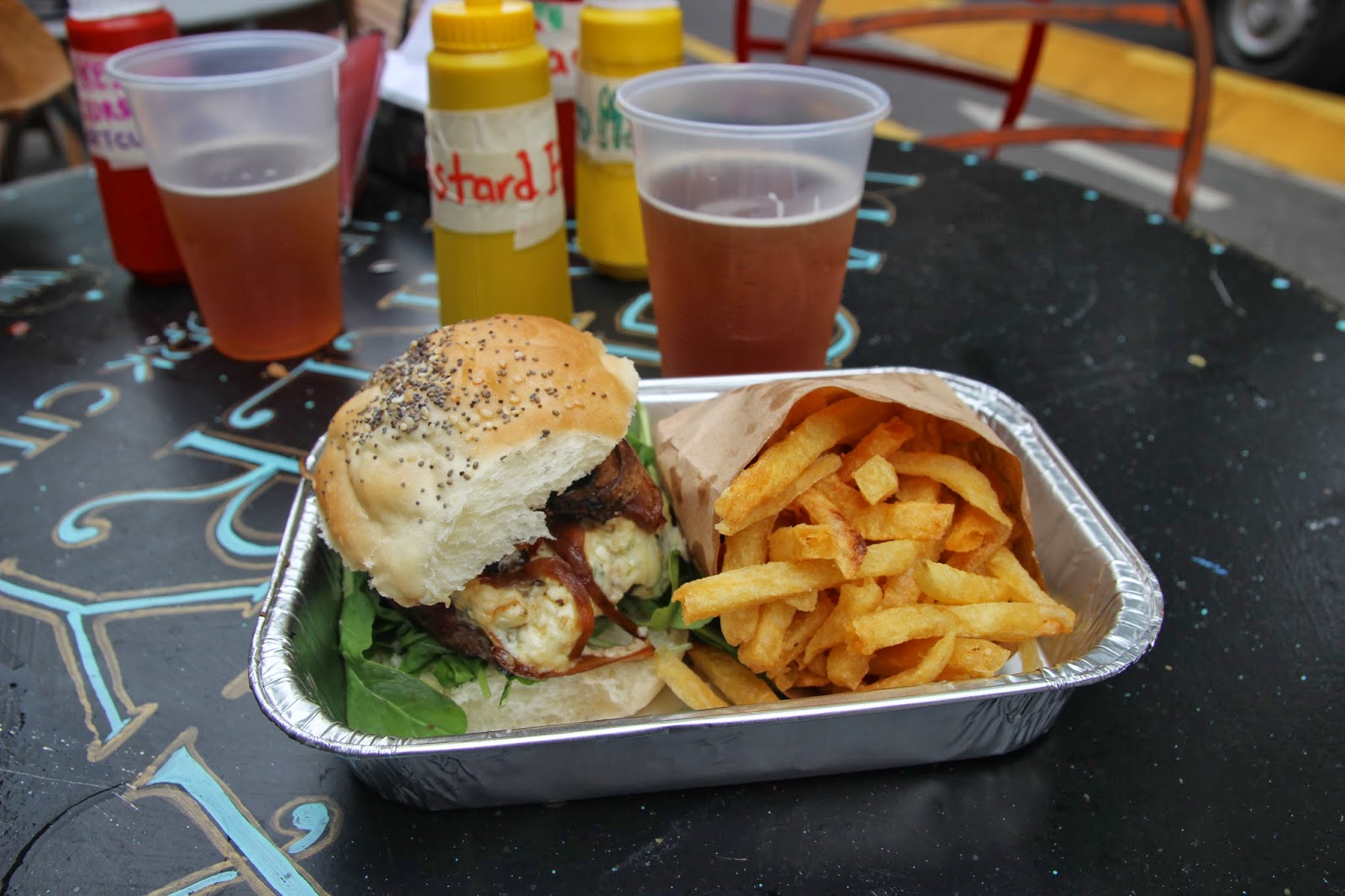 And finally, one one of my last days in Buenos Aires, I got to actually spend time with a friend of mine from the States who had moved to Argentina over a year prior.  Jenna is living in Buenos Aires with her Argentinean now-fiance as he finishes university, but they had returned to the States for the holidays, for almost the entire duration of my own stay in Buenos Aires!  Thankfully we were able to get together, visiting El Desnivel to pick up a couple of empanadas and a chorizo sandwich and grilled provolone sandwich to share for a picnic in Puerto Madero.  I was yet to visit Puerto Madero, which truly looked like a different world from the rest of Buenos Aires.  Massive high-rises, wide, clean (empty) streets, and plenty of greenspaces.  We found a relatively shady bench spot in a park to enjoy our picnic, catch up, and discuss life outside of the States.  I'm so glad that I was able to see her before I left! 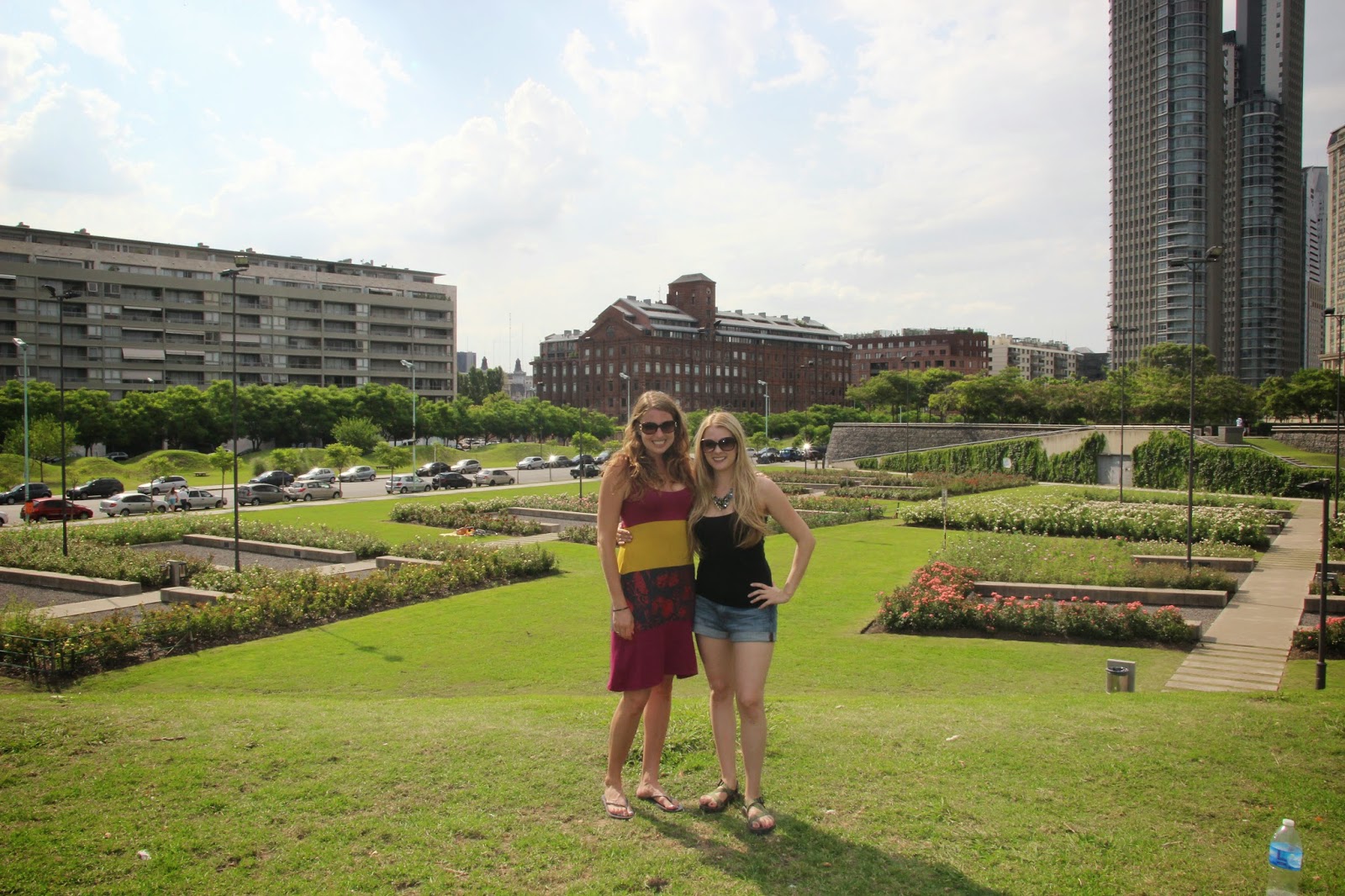 While I may not have chosen to spend as much time in Buenos Aires knowing how the next few months of my trip would turn out, I'm so happy that I did have so much time there.  I was able to experience everything I could have hoped, I was able to live just a little bit like a local, and I got to share it with some truly wonderful people (including my parents!). It was a fitting end to my time in South America, a time to savor the culture a bit before crossing the Atlantic, on to the next stage in this adventure...

But first, bonus photo time... a few more images of street art from my time in Buenos Aires :) 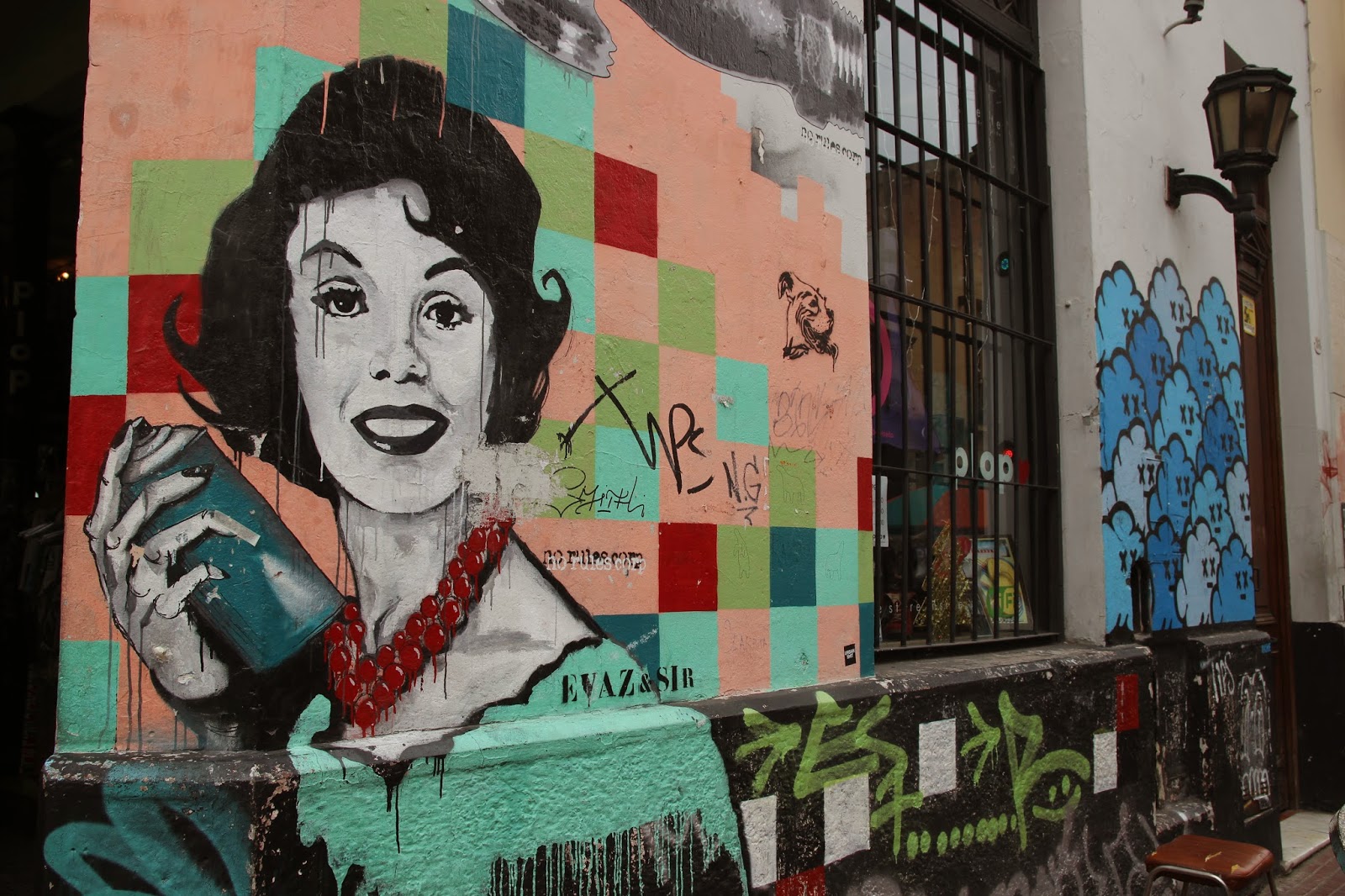 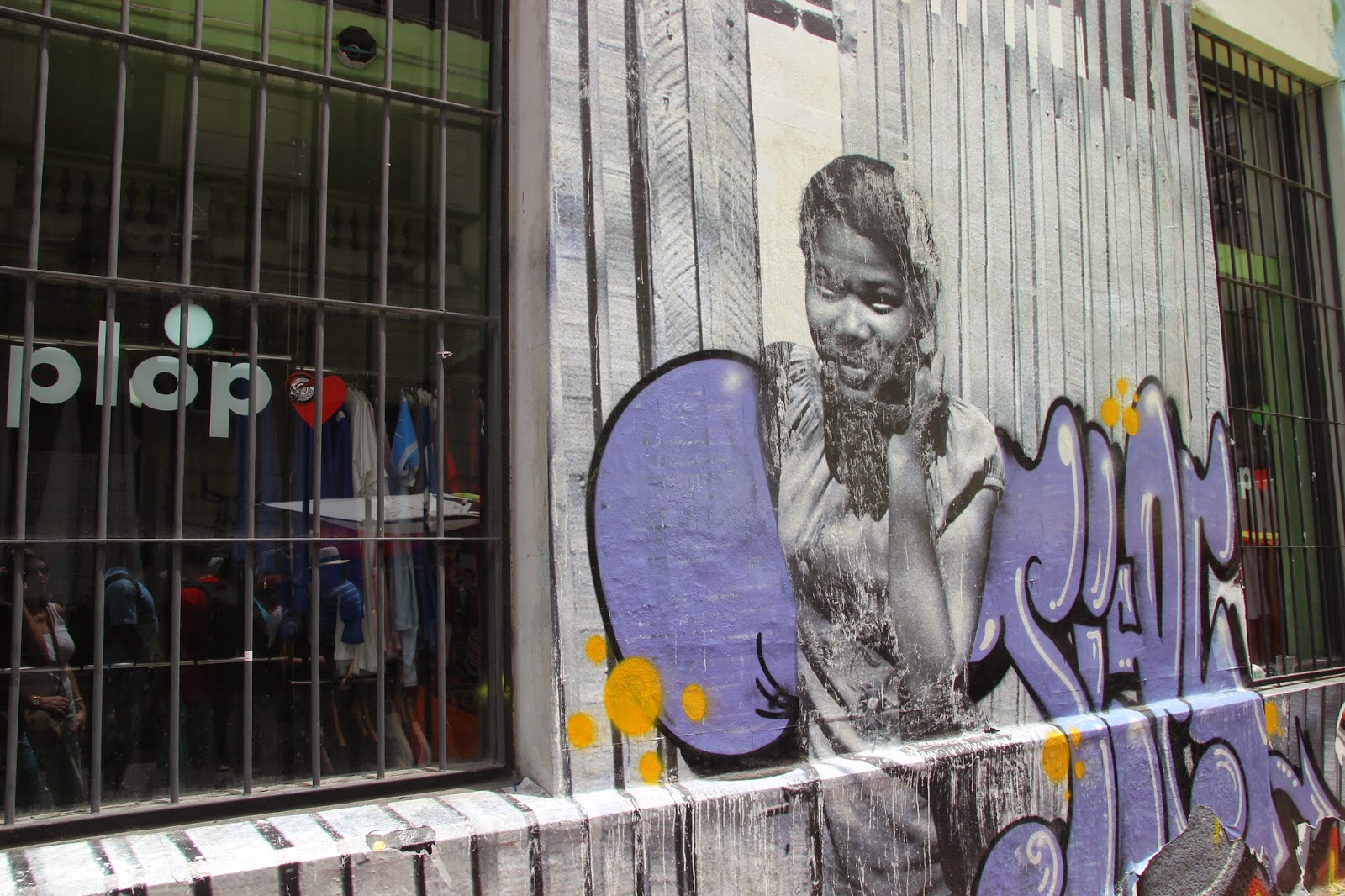 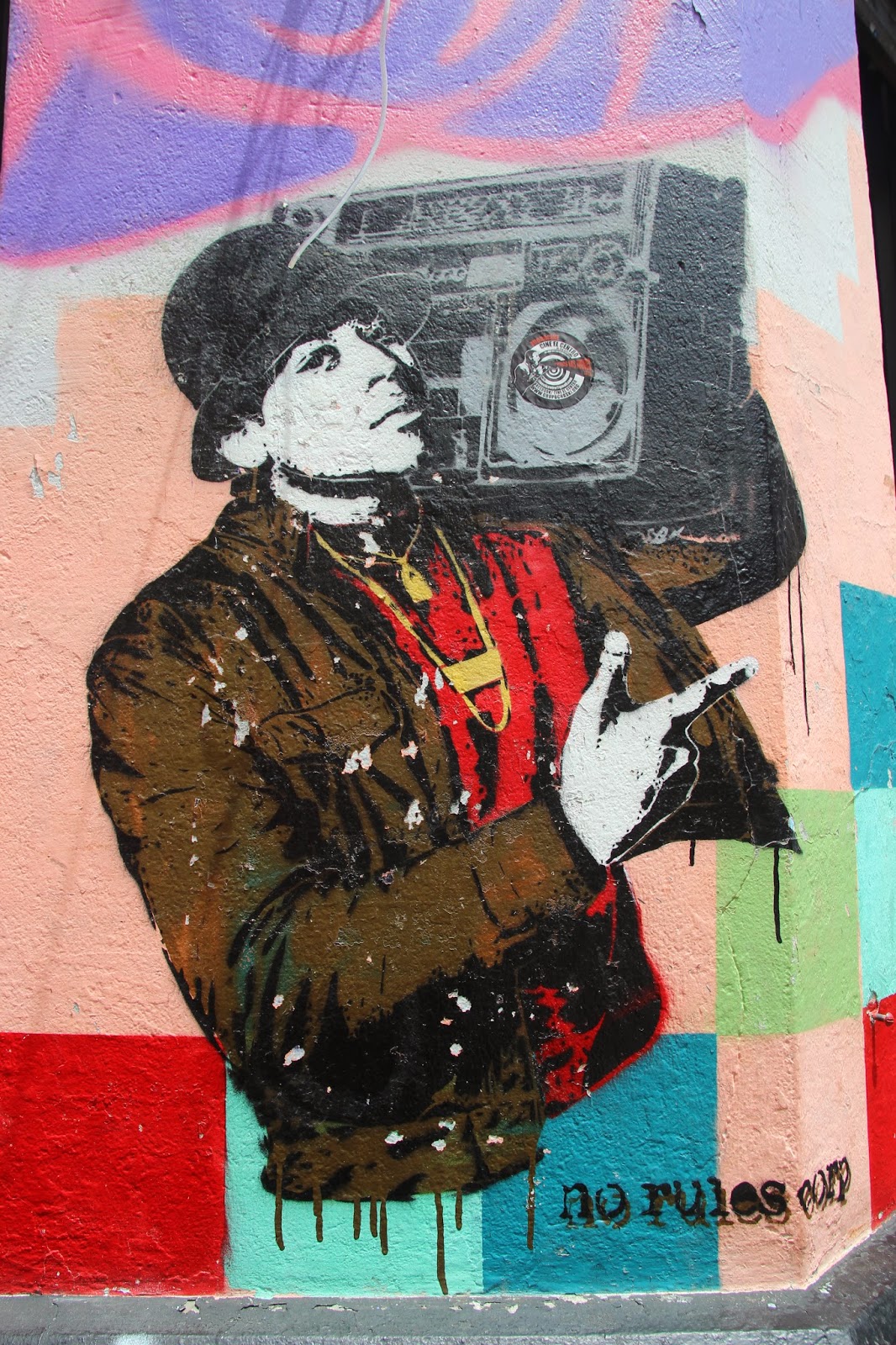 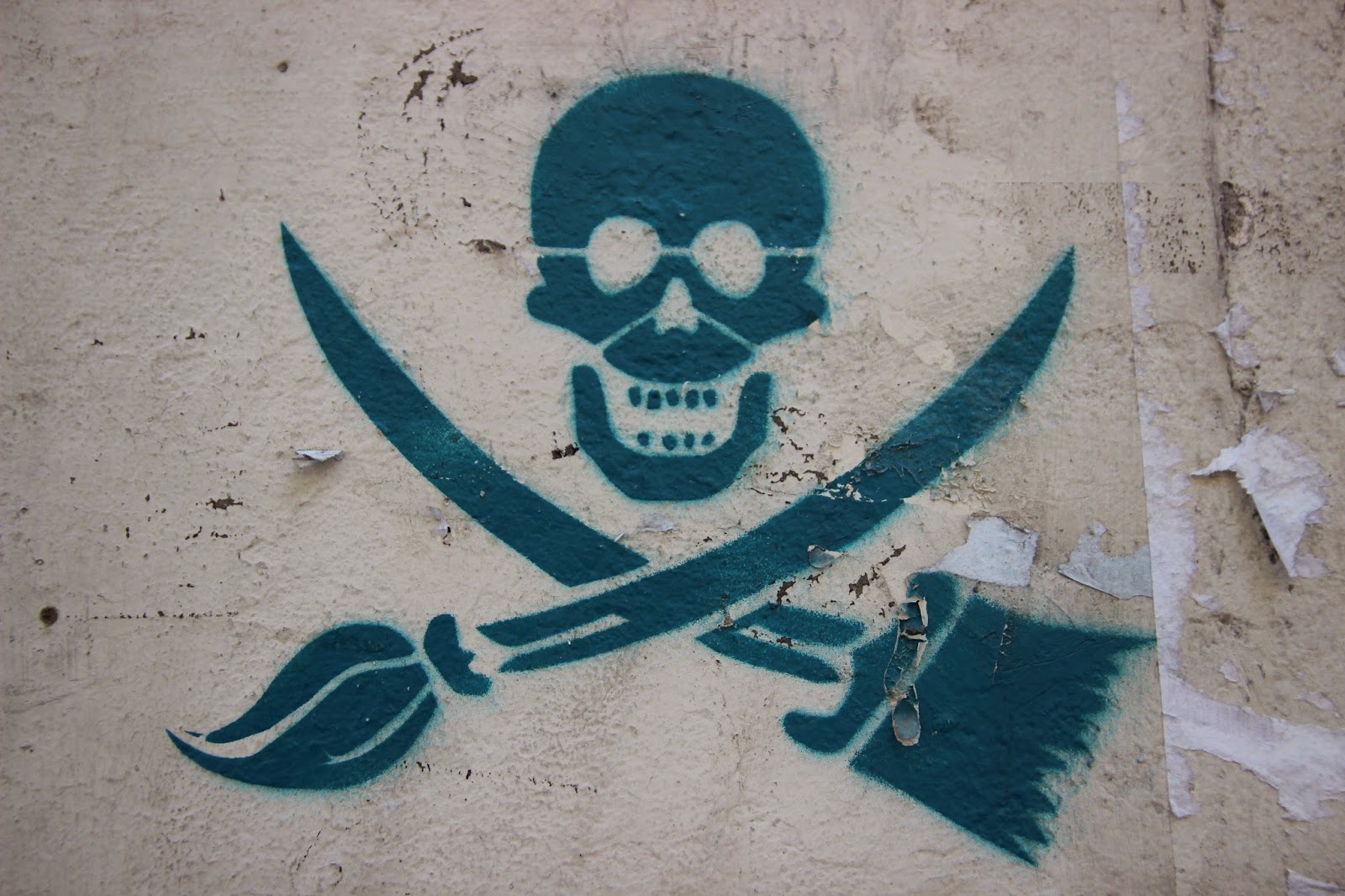 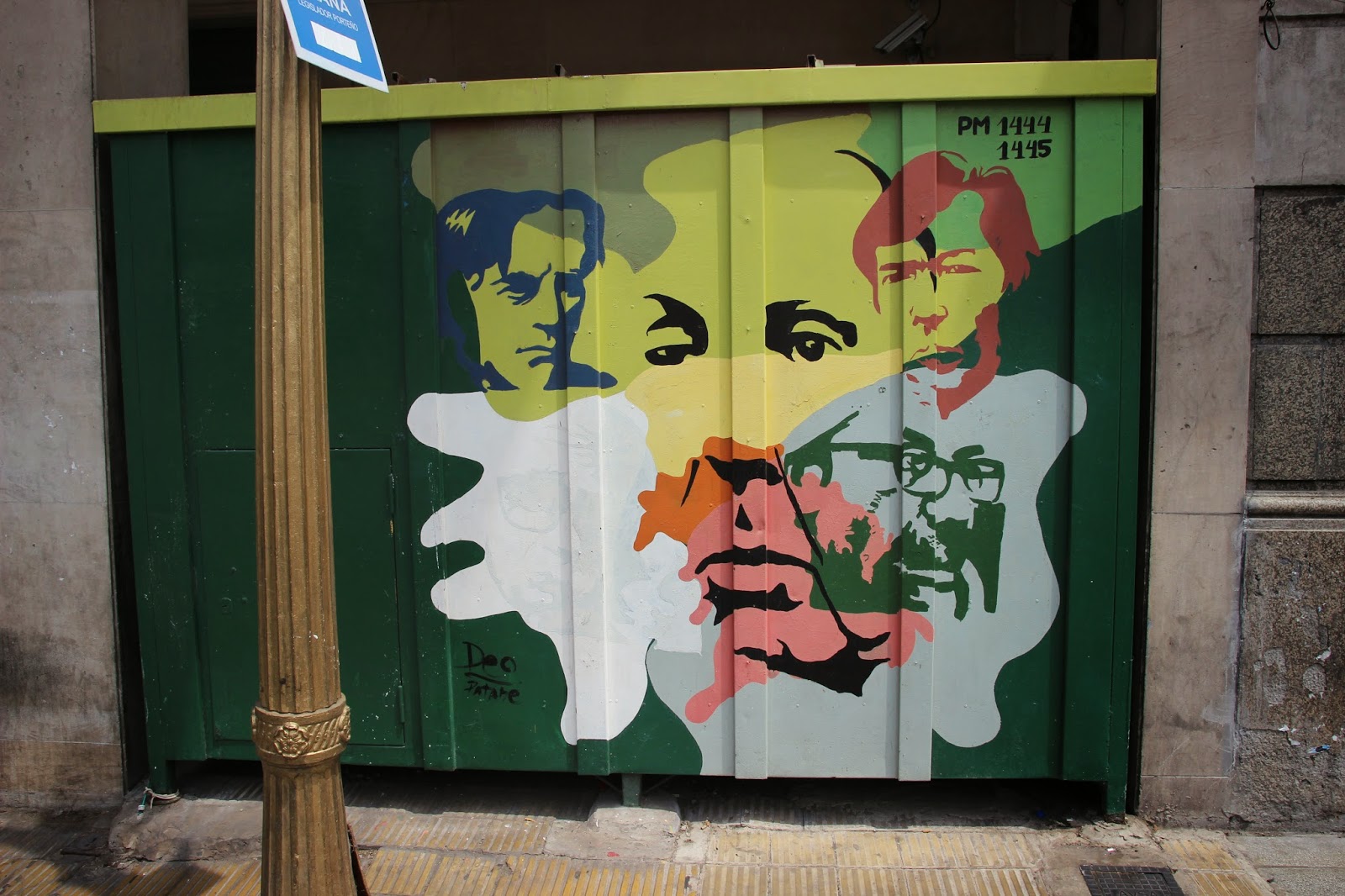 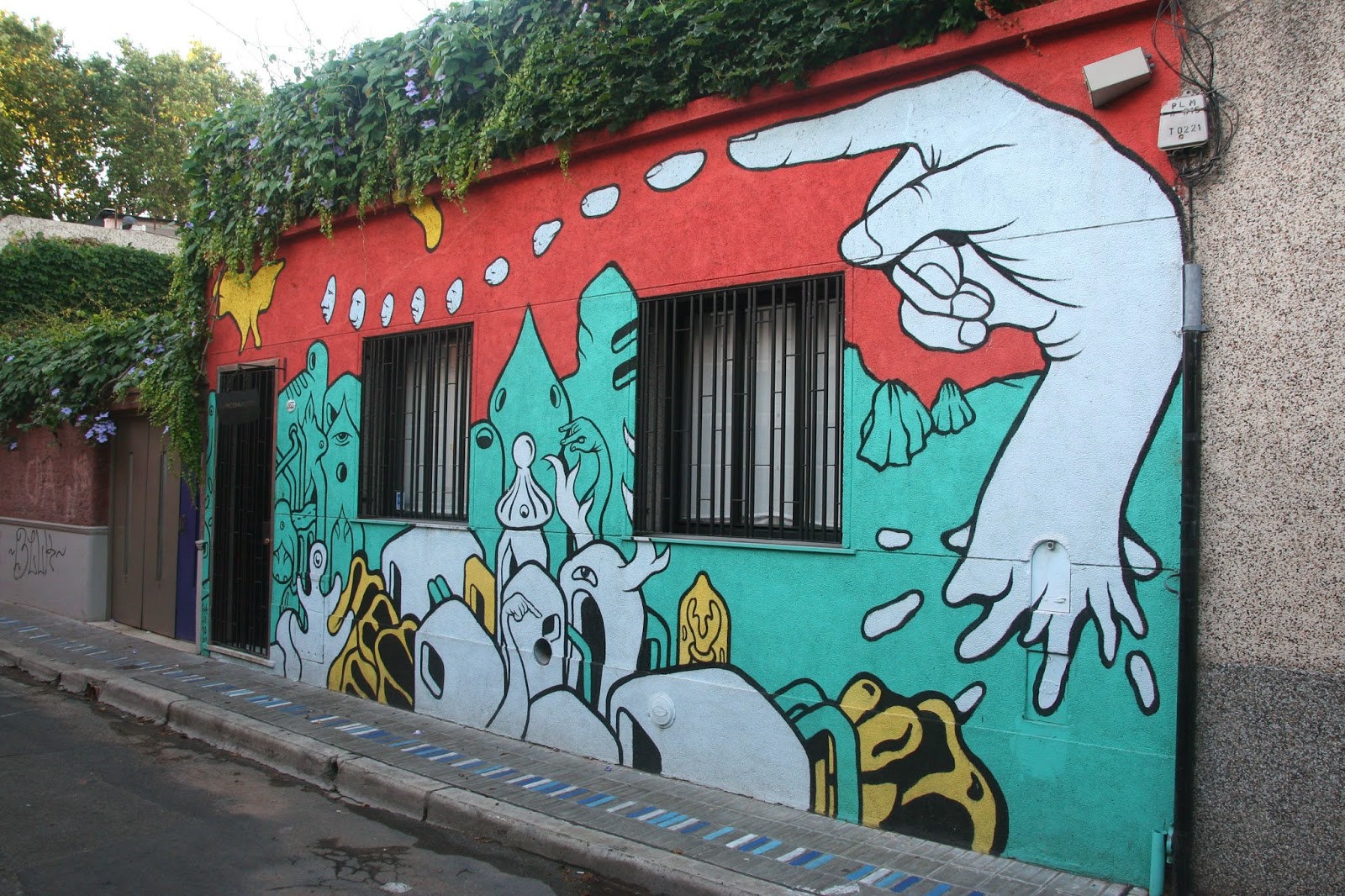 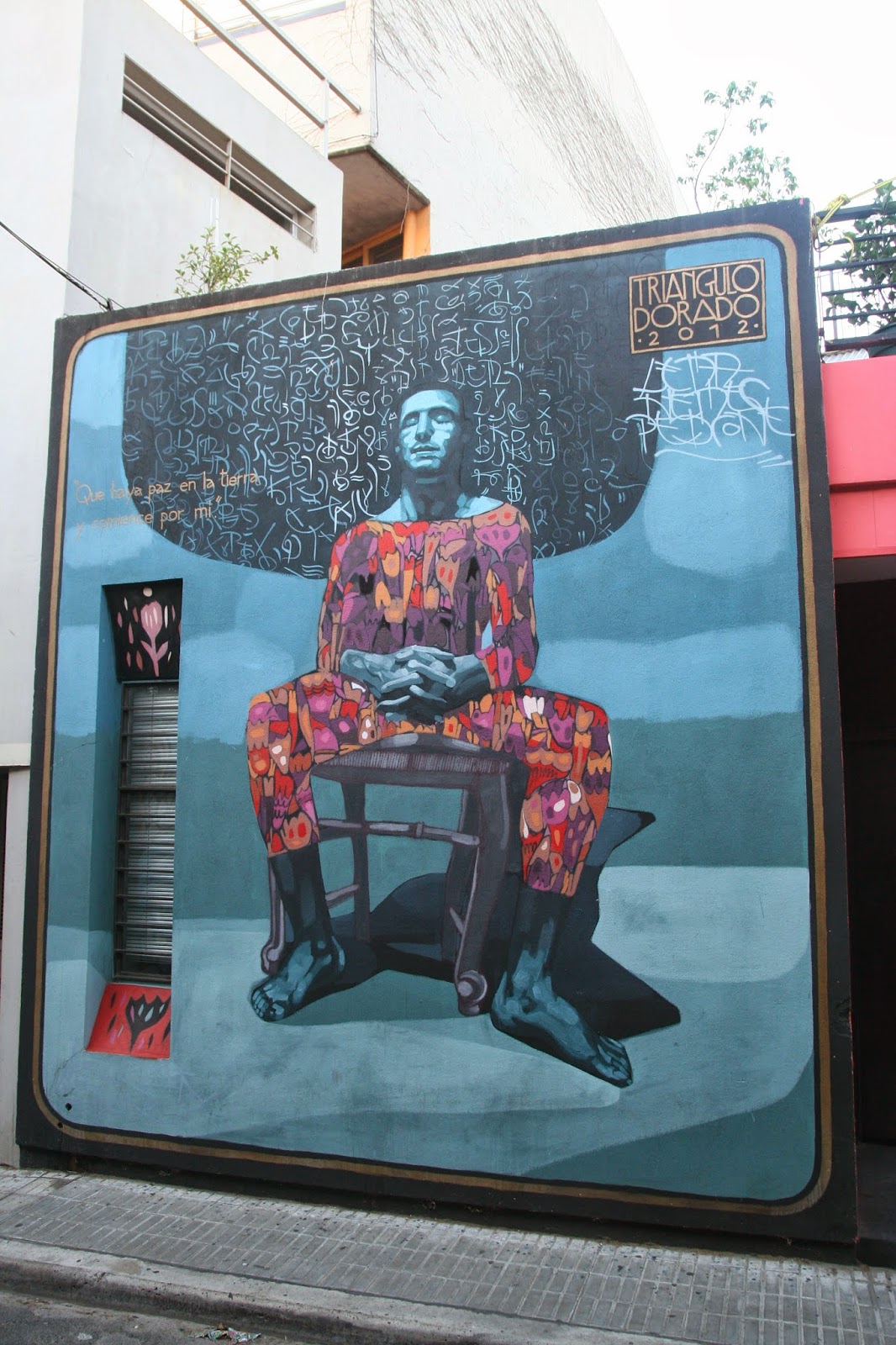 Posted by Outlander Abroad at 1:10 PM