An Arrival in Aveiro

My time in Portugal was honestly one of the richest experiences of this entire journey.  During my visit, I wasn't simply a traveler or a tourist, as I had the unique opportunity to stay with a very dear friend, a local Portuguese resident of Aveiro named João.  In those weeks, I attended local events, joined a gym, was invited into homes for traditional meals, and was generally given a warm welcome by everyone I met.  I also had a lot of good, focused "work" time - time spent writing, reading, learning new photo editing software, learning some Portuguese, and working on my photography and even some videography.

But first, a note on the town itself.  Aveiro is a beautiful coastal city, just a few minutes' drive from the sandy beaches of Costa Nova and Barra.  Constructed over an area that was once swampland, the city is now known for it's charming canals and salt production.  The town has such an incredible inherent beauty about it - narrow streets are lined with homes covered in colorful tiles.  While you might see an occasional pattern repeated, the tile patterns are mostly unique.  The most typical patterns are organic and geometric in blue and white, but you'll find all varieties of color and shapes around the city, even some with raised, colorful flowers.  The sidewalks and walking pavilions are also covered with their own mosaics - small stones in slate blue and white, typical of Portugal, form pictures reminiscent of the nearby sea.  It's an enchanting place to simply wander, especially on sunny spring days just before dusk.  While I was there during some bizarrely cold, rainy weather from the storms coming off the Atlantic, I was fortunate to have some truly gorgeous days to wander the city and take in all the beauty. 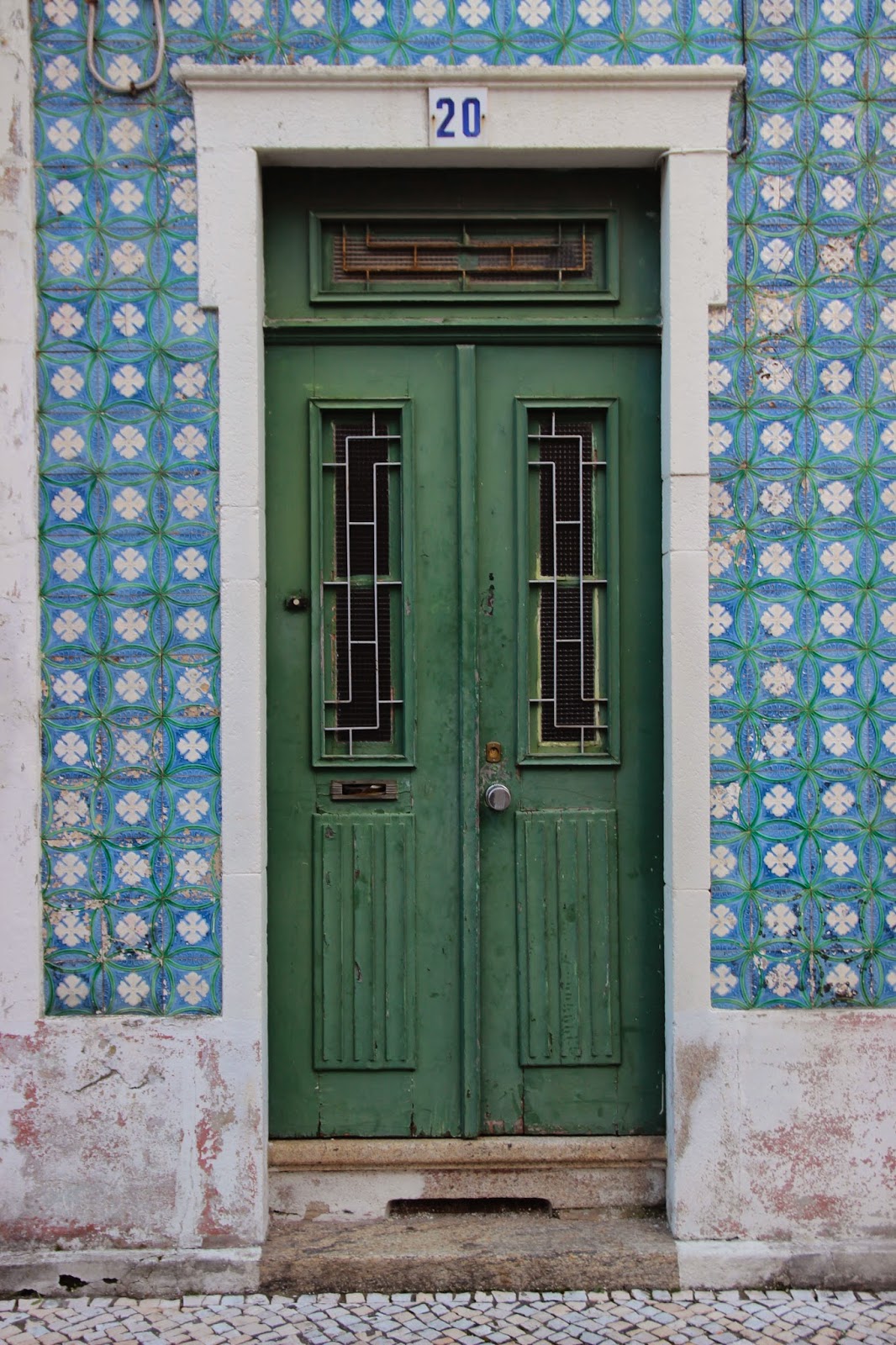 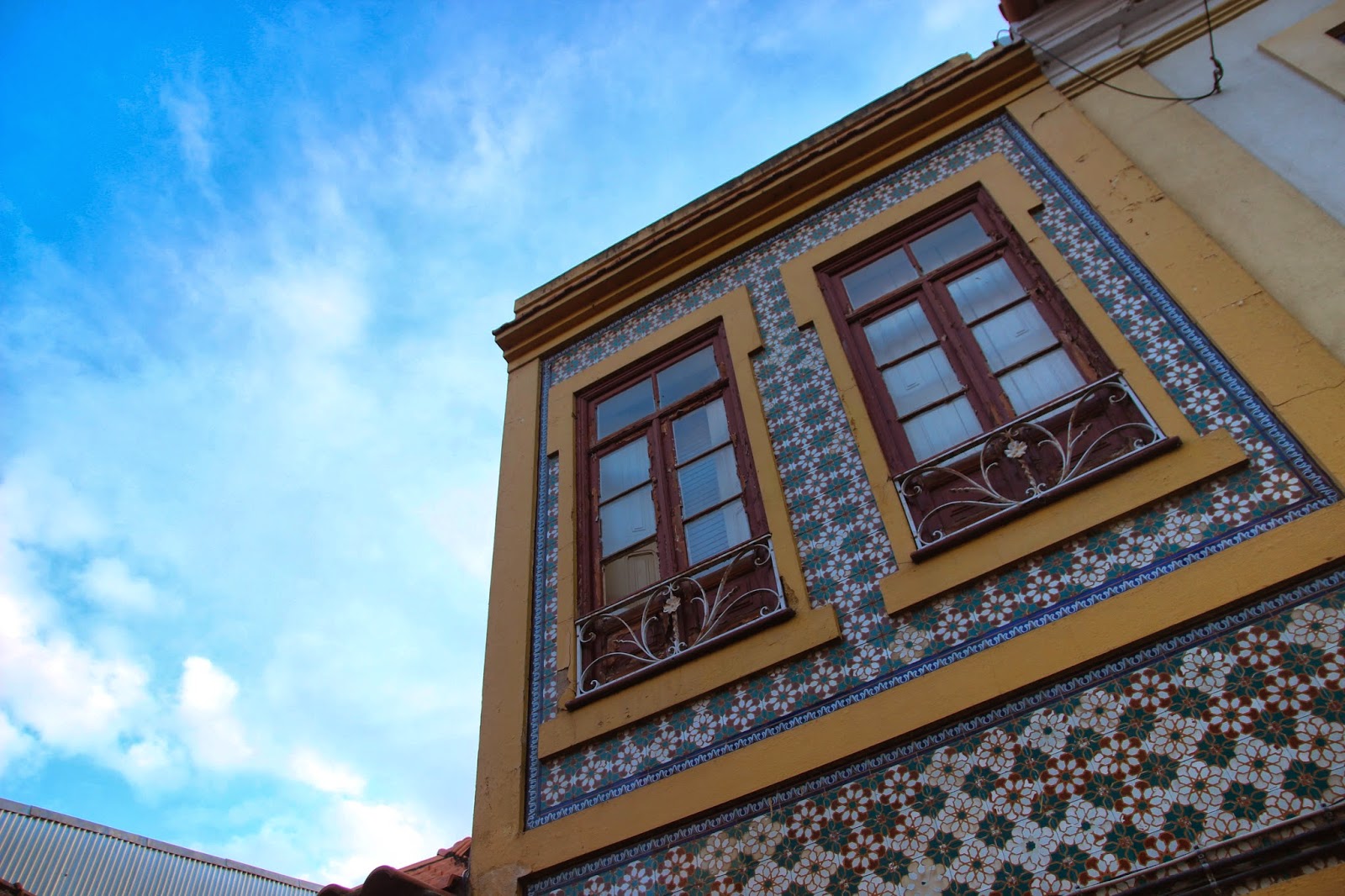 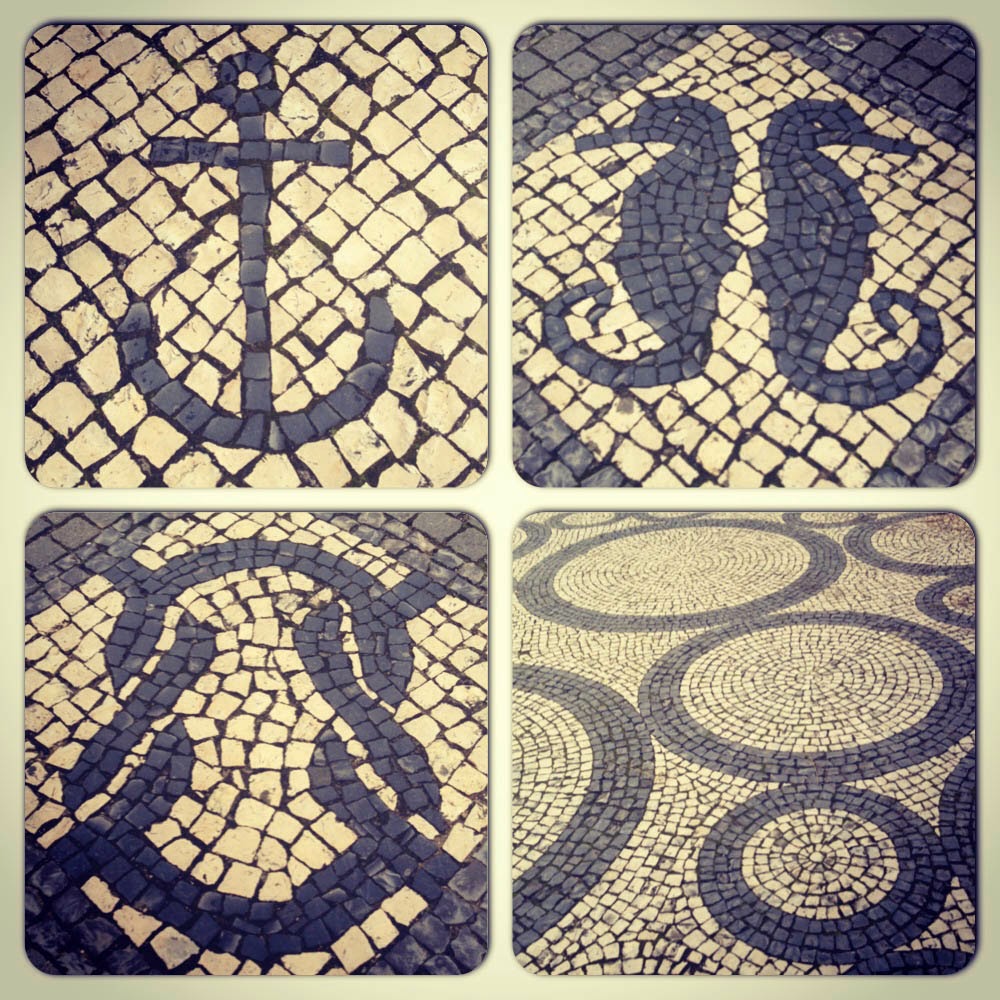 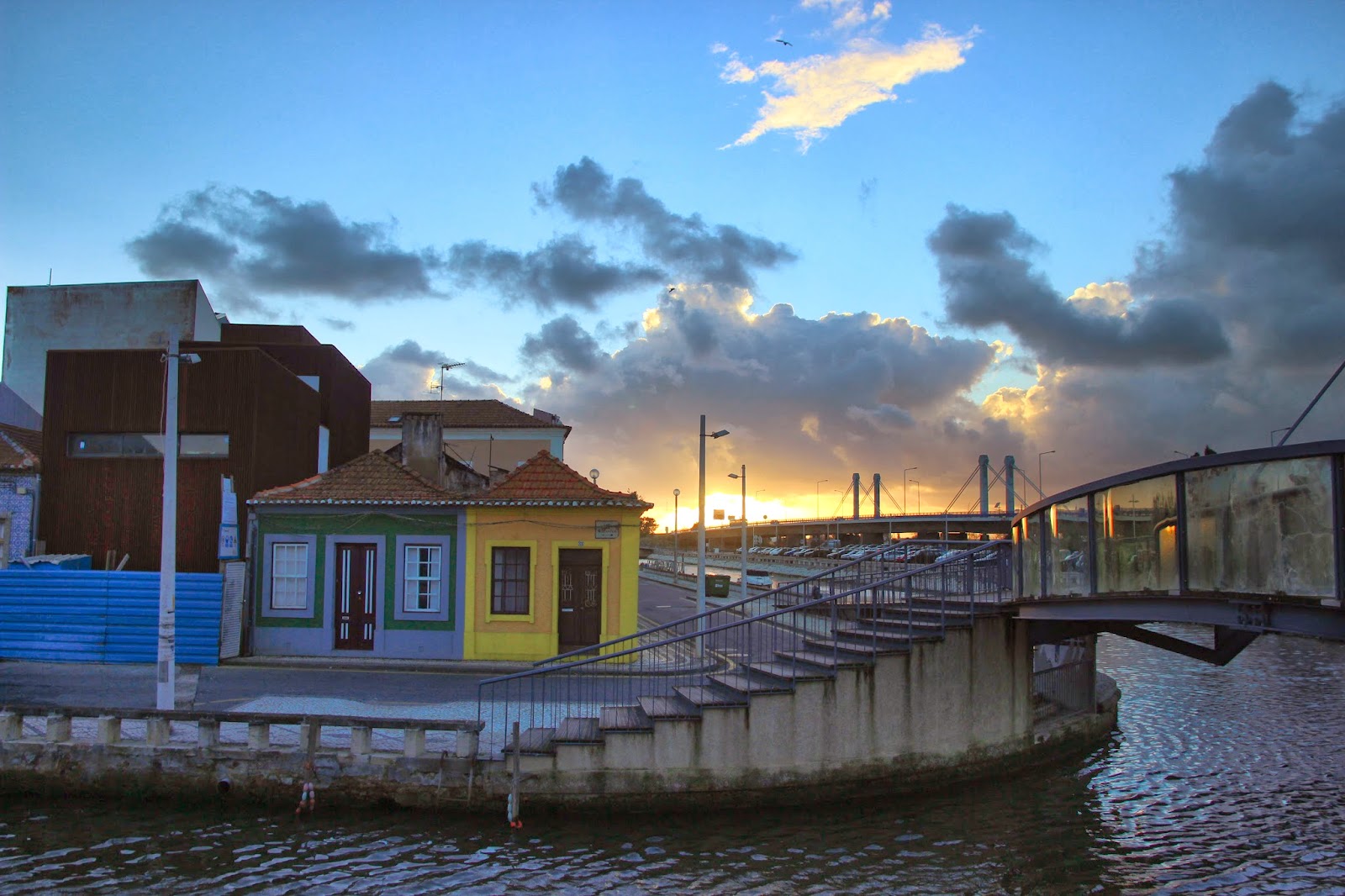 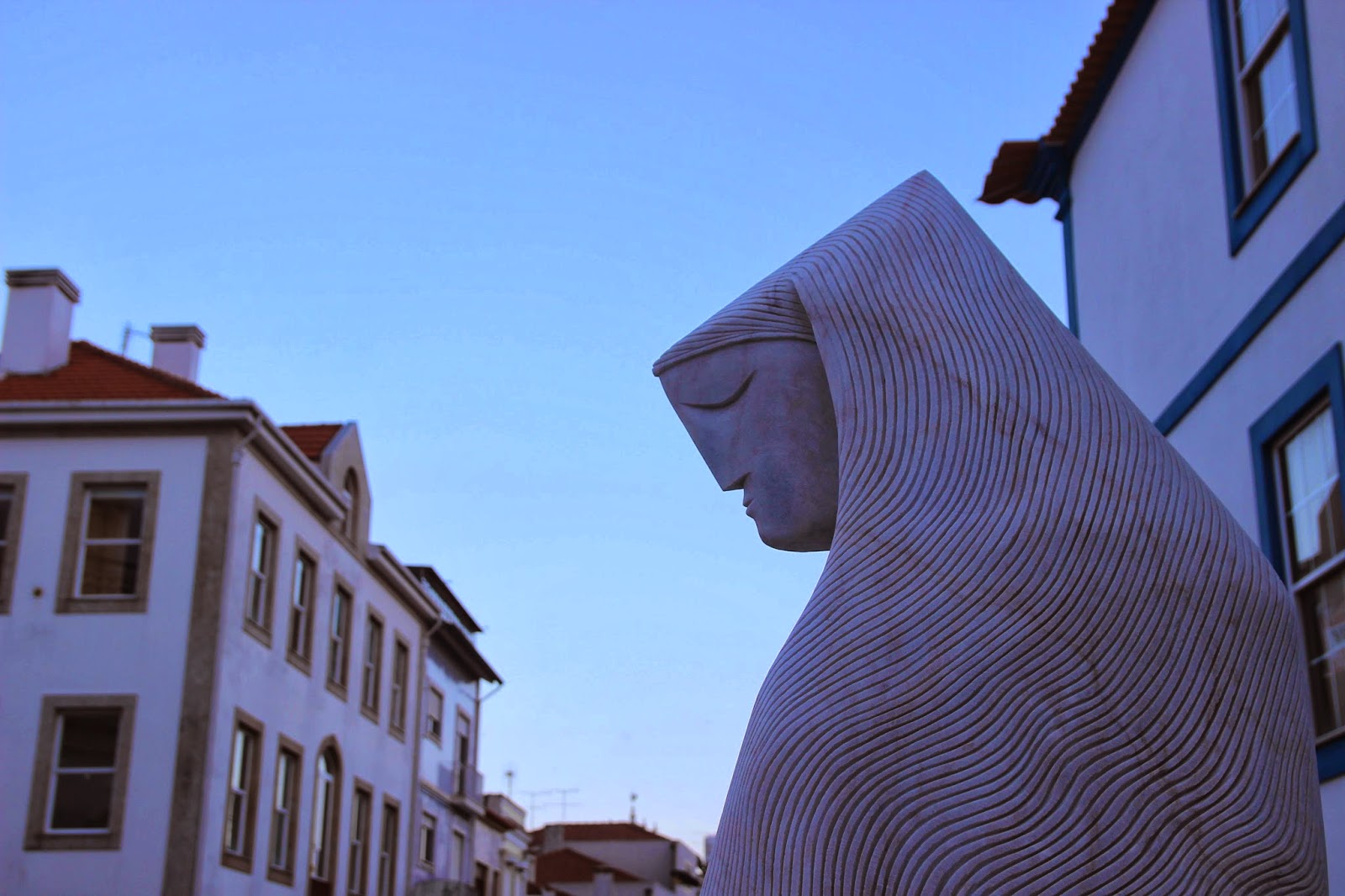 On my very first evening in town, I caught a performance by Silent Preacher, a gifted singer with a Dylan-esque style.  The performance wasn't in a crowded music hall, but rather the upstairs loft area of a local artist space in the bar district of Praça do Peixe.  As the audience jammed into the space, sitting on the floor, the cool outside air flowing through open windows and tobacco smoke curling in the air, it was an incredibly intimate way to re-introduce myself to tiny Aveiro.

A short time later, I found myself in the audience for two very different performances that included my host, João - one as part of an informal theater troupe and another with his band, Lazy Lizard.  Having received his education in theater, João and his creative partner Bruno have directed, produced, and starred in a number of performances at the local theater Estaleiro in Aveiro.  They were taking a brief reprise from 'serious' theater during my stay, putting on a children's play that Bruno had written based loosely on Grimms' Fairy Tales.  Despite being entirely in Portuguese, the play was incredibly entertaining (especially once Bruno kindly gave me a sort of Reader's Digest Condensed Version of the script in English!), and it was fun to see it performed a few different times, to pick up on the subtleties and see the variations in the audiences reactions.  They're currently working on an exciting piece of theater, another work written by Bruno, set to premier in the next month.  I only wish that I could stop back by to see it in person!

I was also lucky to catch an actual live performance by João's band, Lazy Lizard.  While they've been together for years, they actually rarely put on shows in Aveiro anymore, so it was a real treat to catch one while I was in town!  A bit of dark rock laced with pop, their show was packed with energy, and the local crowd both absorbed and reflected that energy in the darkened room at Mercado Negro, a local bar and performance space.  The guys were also hoping to get some film of the live show for an upcoming video, so I had my first opportunity to practice some videography (and admittedly take far too many still shots, something I was far more comfortable with!).  But I also got to use the shots from that show as a great chance to practice editing with Adobe Lightroom, software I had newly purchased at the urging of my friend (and very gifted photographer) Jimmy. 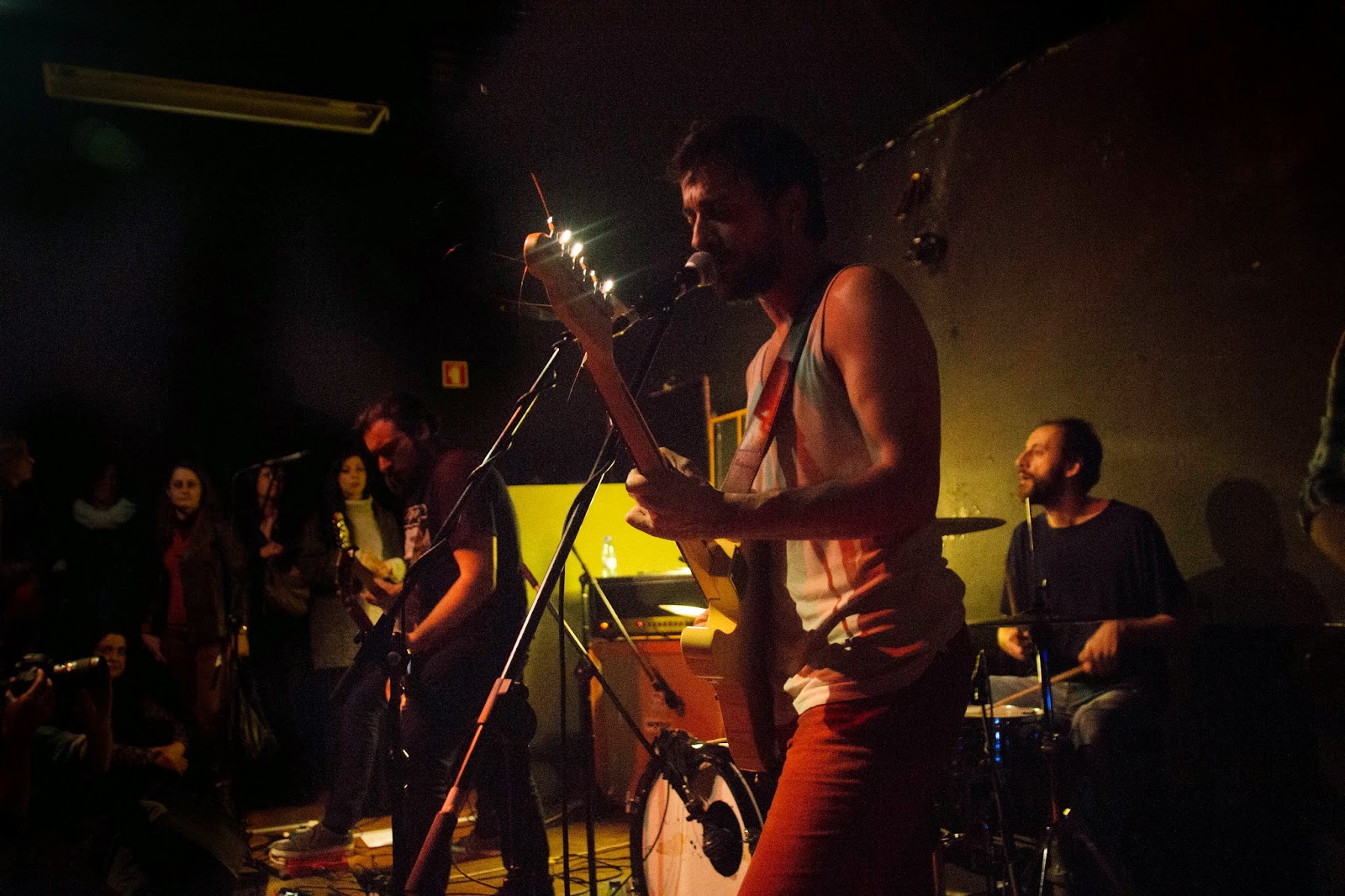 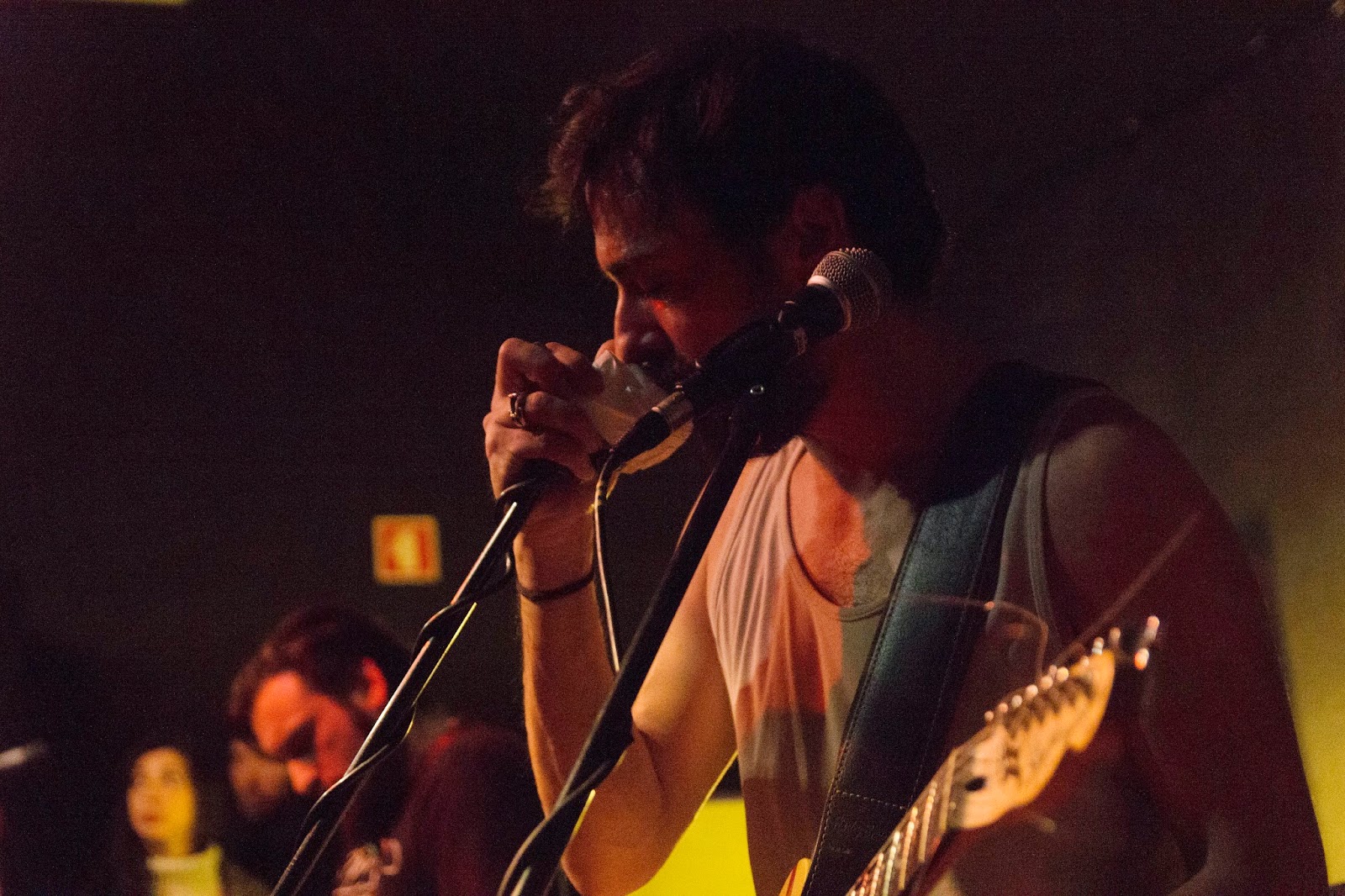 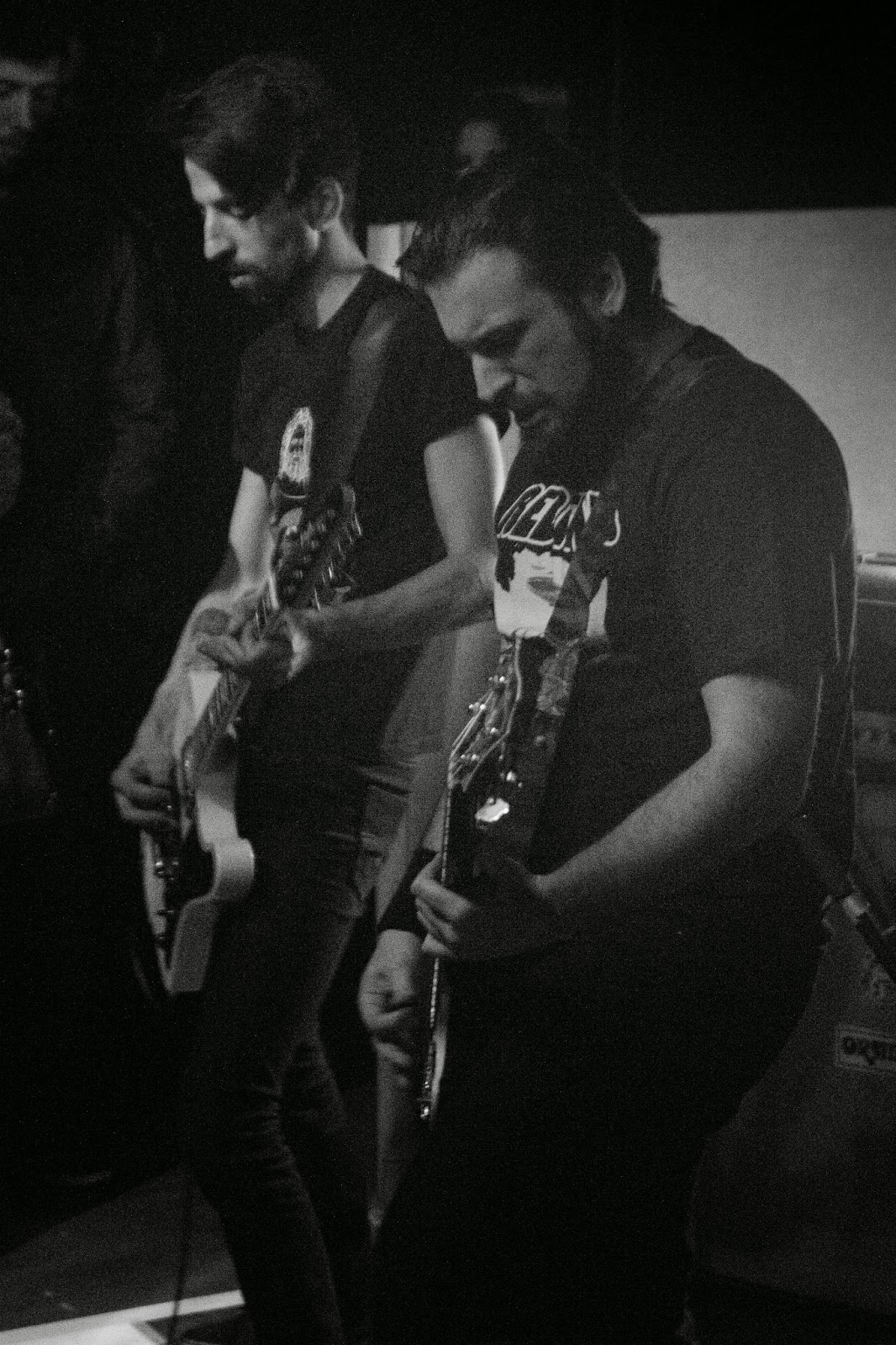 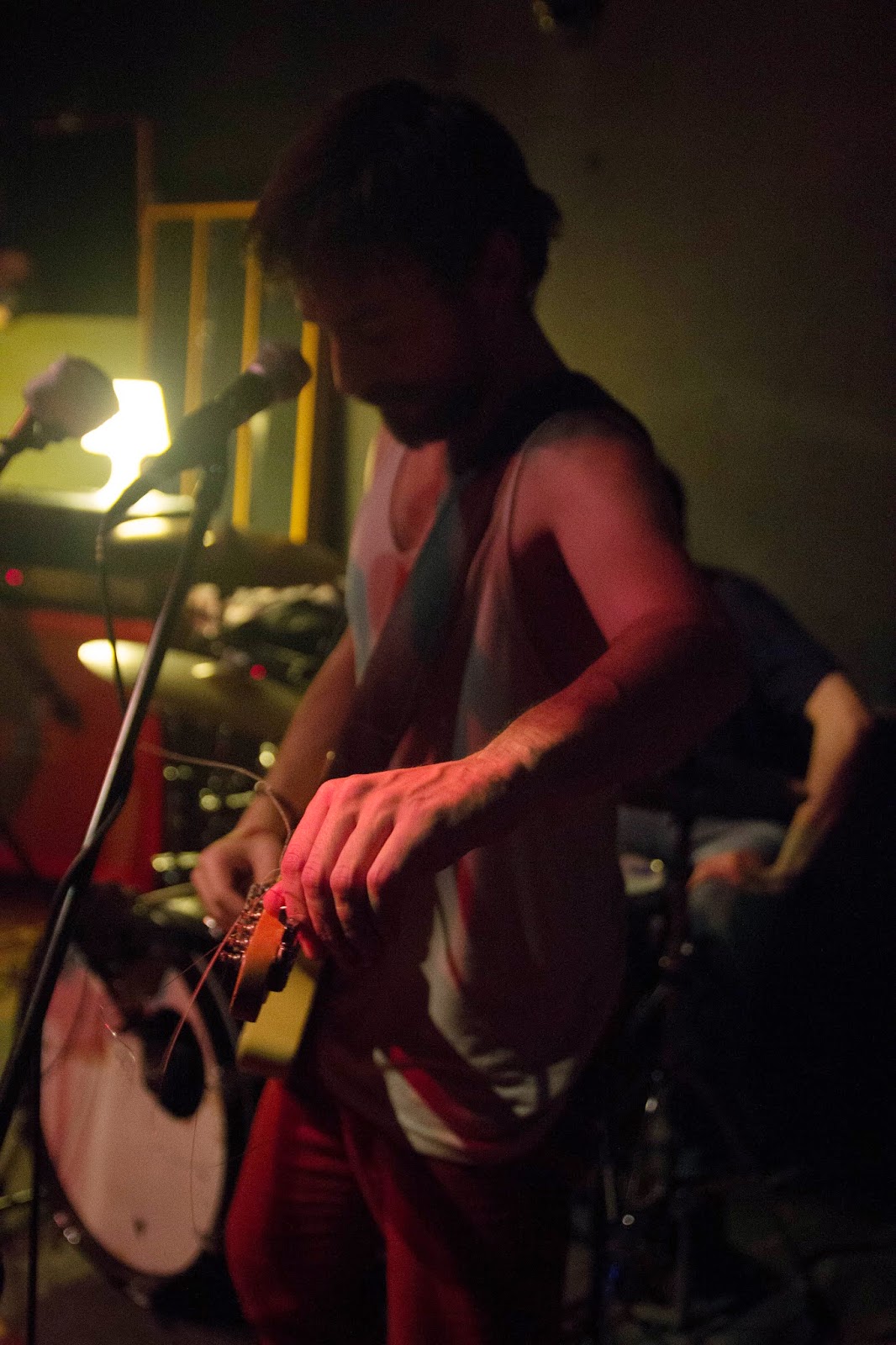 I had a few other opportunities to work on videography during my time in Aviero.  I tagged along when João filmed videos for both his cousin's fado band and his friend's choir, shooting alongside him, learning, absorbing, and truly enjoying this new side of my camera!  And after seeing the first versions of the edited film, I can truly say that I'm proud of my little contribution!  While as of yet I have zero editing skills, I'm trying to remember to take some video here and there of my trip,  in hopes that perhaps João can assist in skillfully arranging them into something worthwhile towards the end! 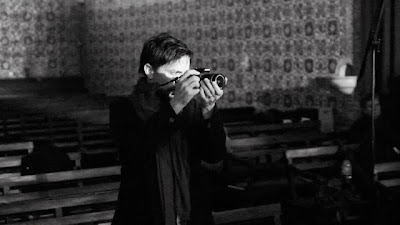 I also got in some practice with the camera by tagging along with João and his friend Andre when they ventured out to the soccer stadium to do some longboarding.  The weather was sunny and cool, and I practiced some panning (still learning, people) as they and some other locals cruised through the parking lot. 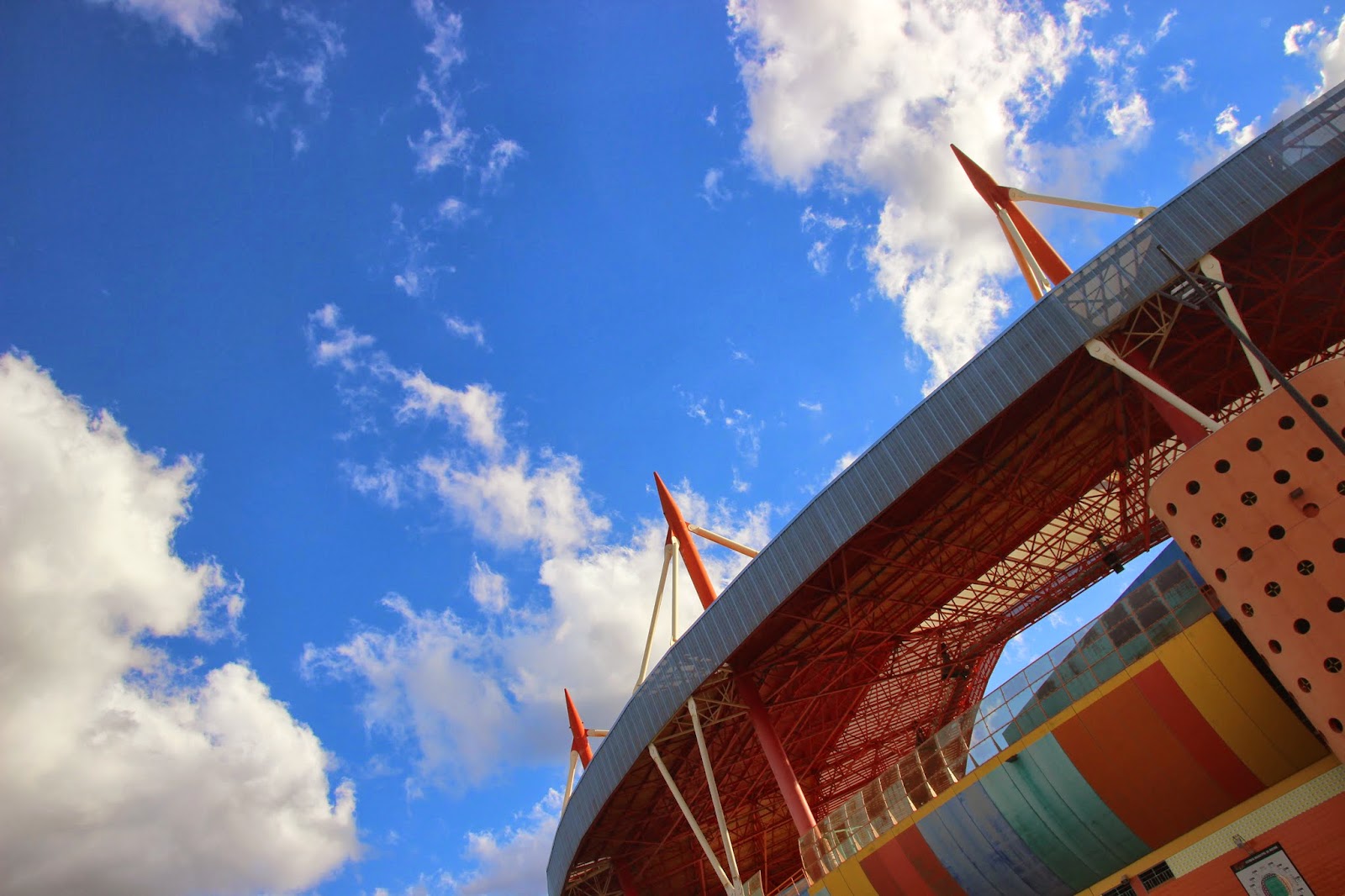 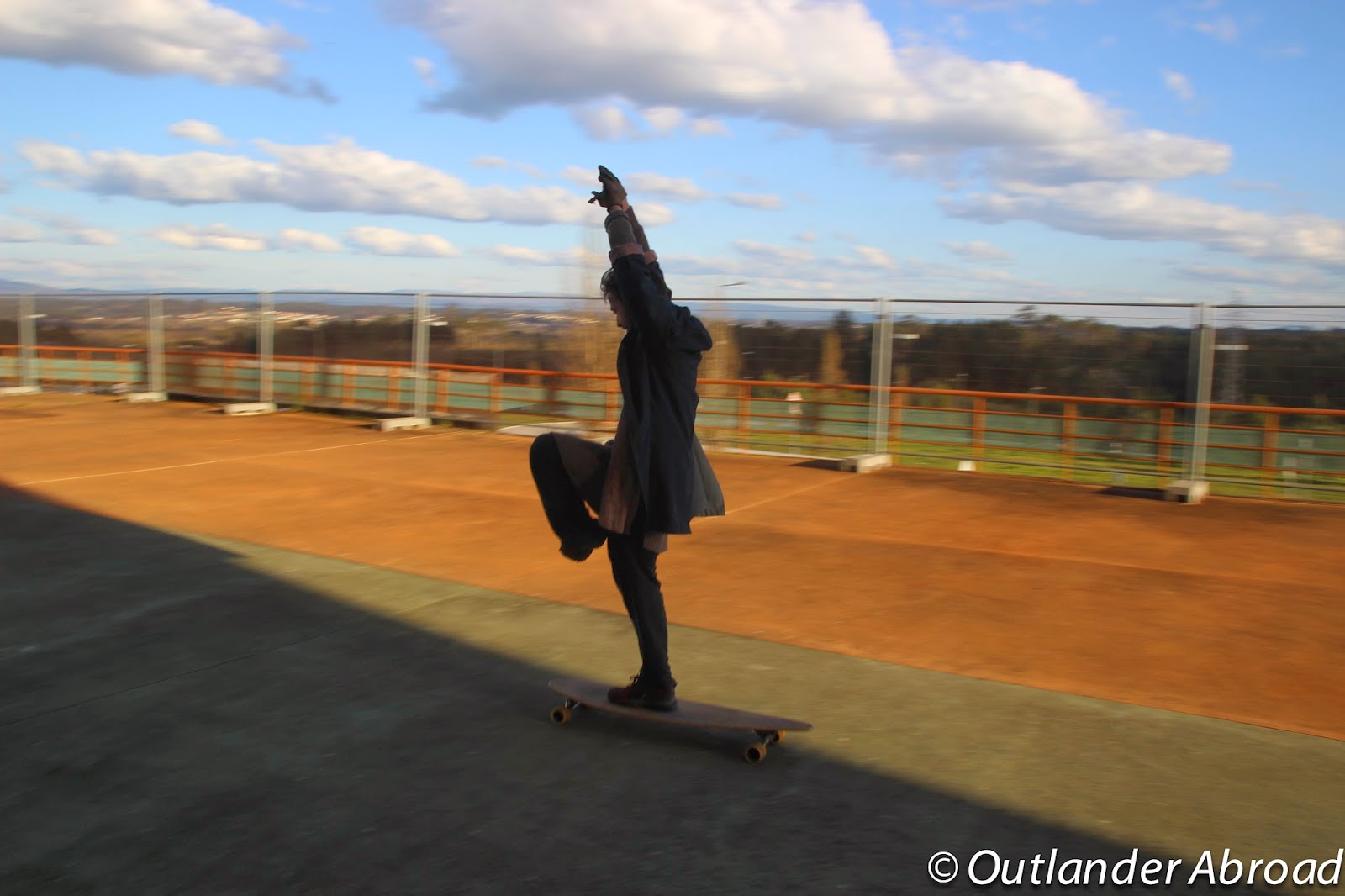 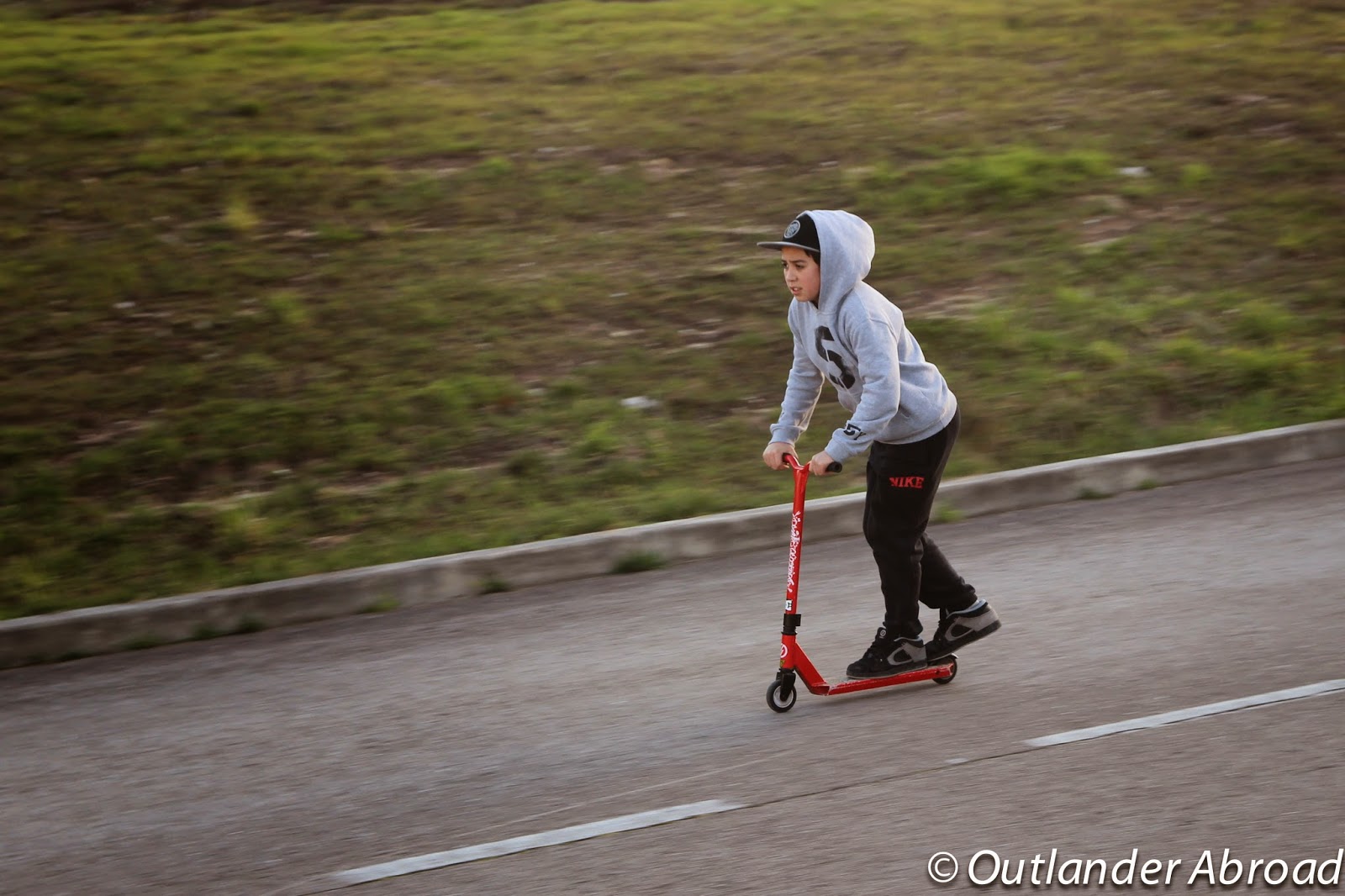 I've also been making an effort to visit CrossFit gyms all over the world during my roaming, and Aveiro was of course no different.  Despite only being there for a few weeks, I felt truly welcomed with open arms into the close-knit CrossFit Aveiro community.  It didn't hurt that everyone there spoke English really well, so the language barrier wasn't really an issue with getting to know the participants and coaches.  But they were also just really friendly!  While they're working on moving into a larger warehouse space, the small venue they're using at the moment certainly helped to create a more intimate environment - easy to learn, get to know each other, and help each other out.   It was easy to make paying a visit to the gym a regular part of my schedule during my stay.  And on one of my final days in Aveiro, they invited me to join them for their one year anniversary celebration.  It was such a wonderful experience, and I can't thank them enough for their hospitality! 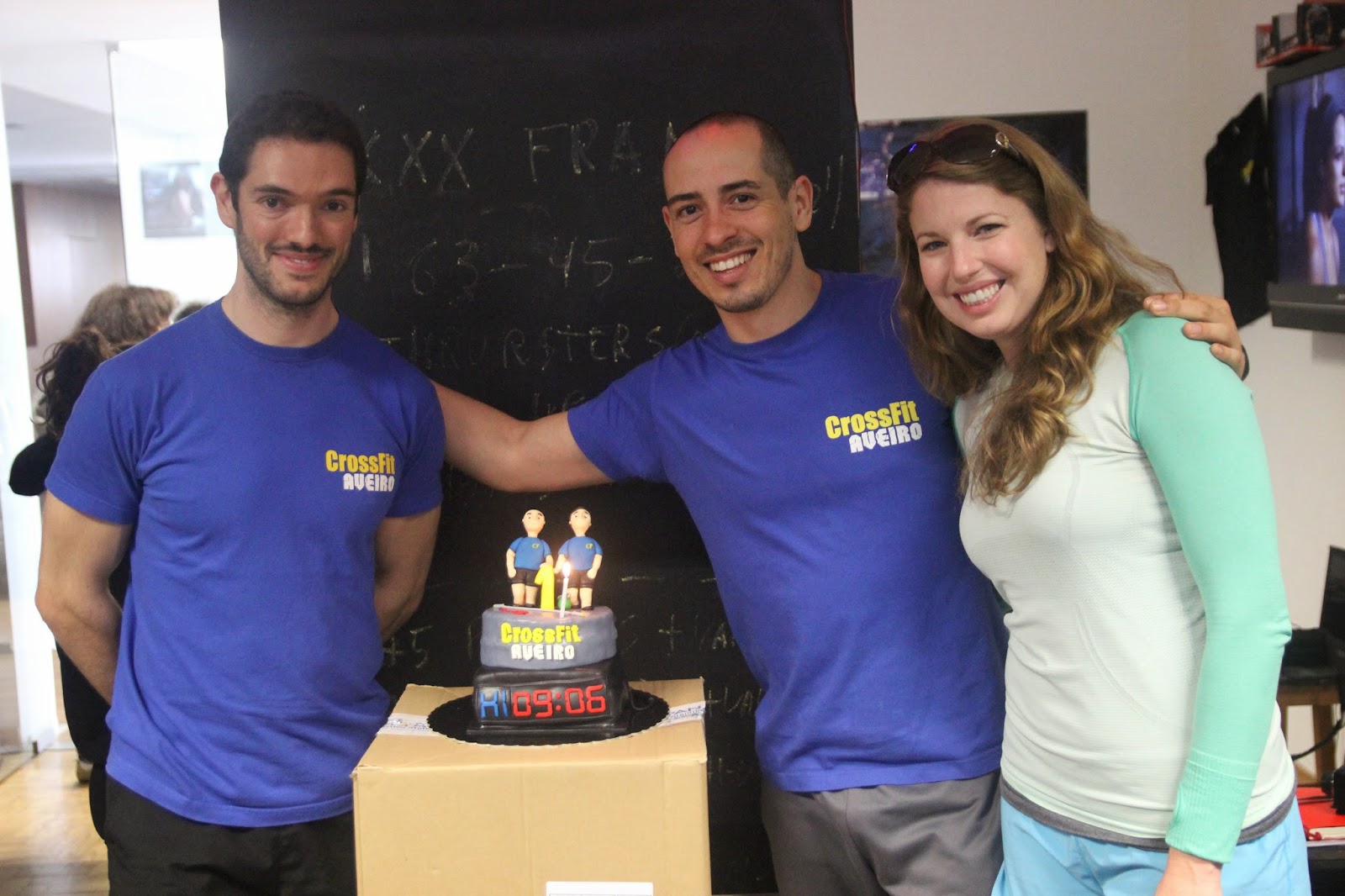 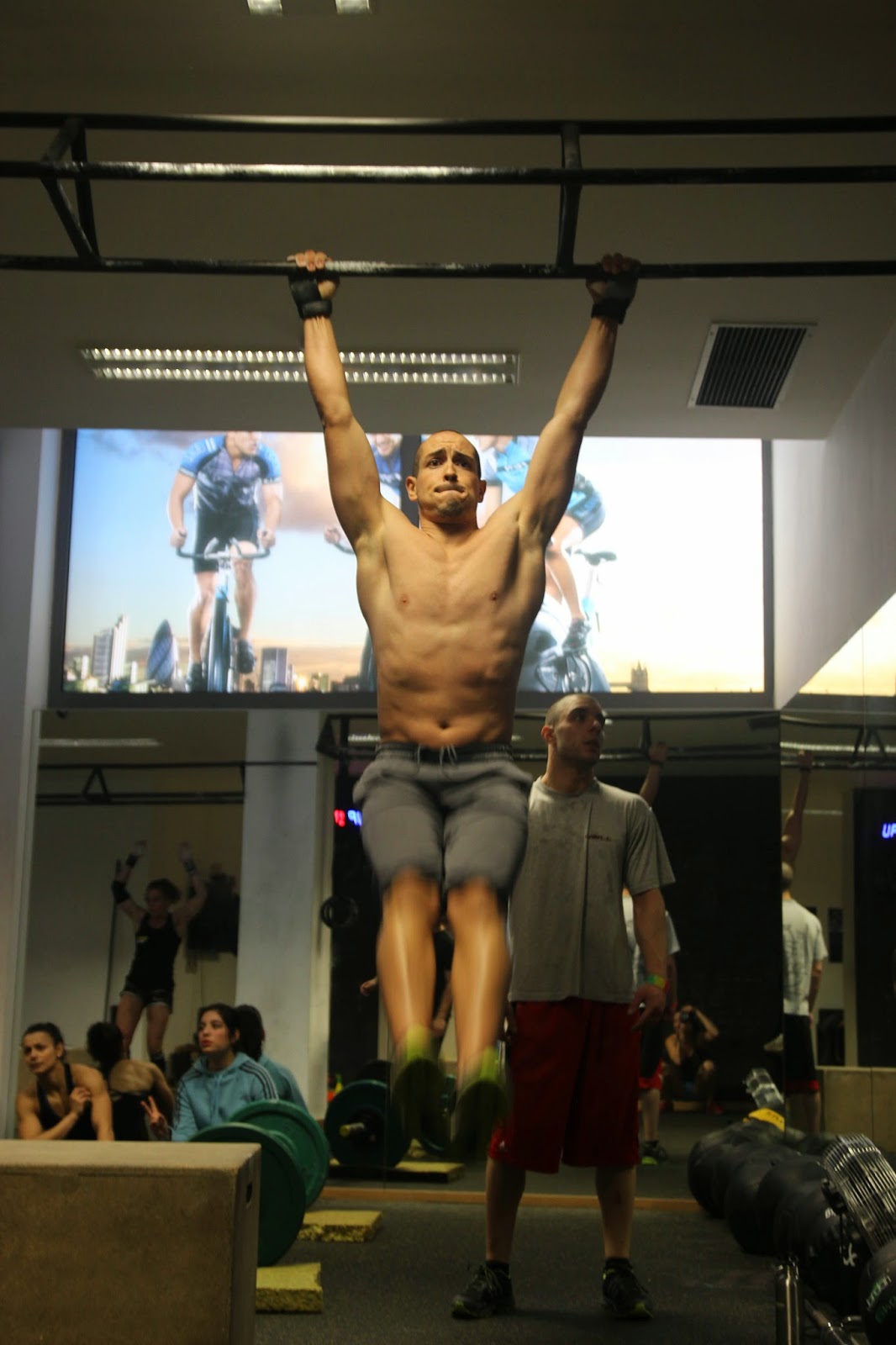 And, just because, a few more photos of beautiful Aveiro: 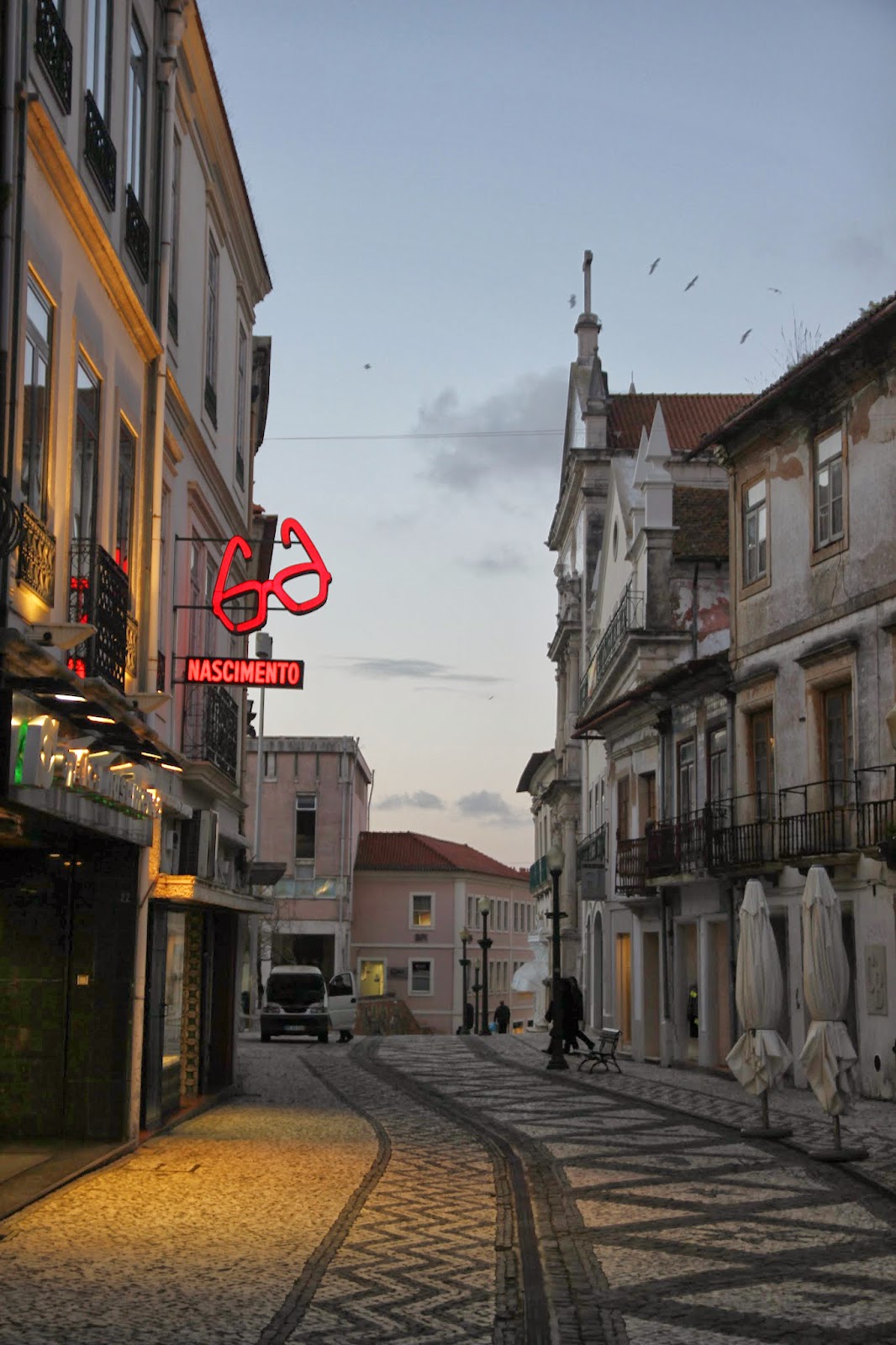 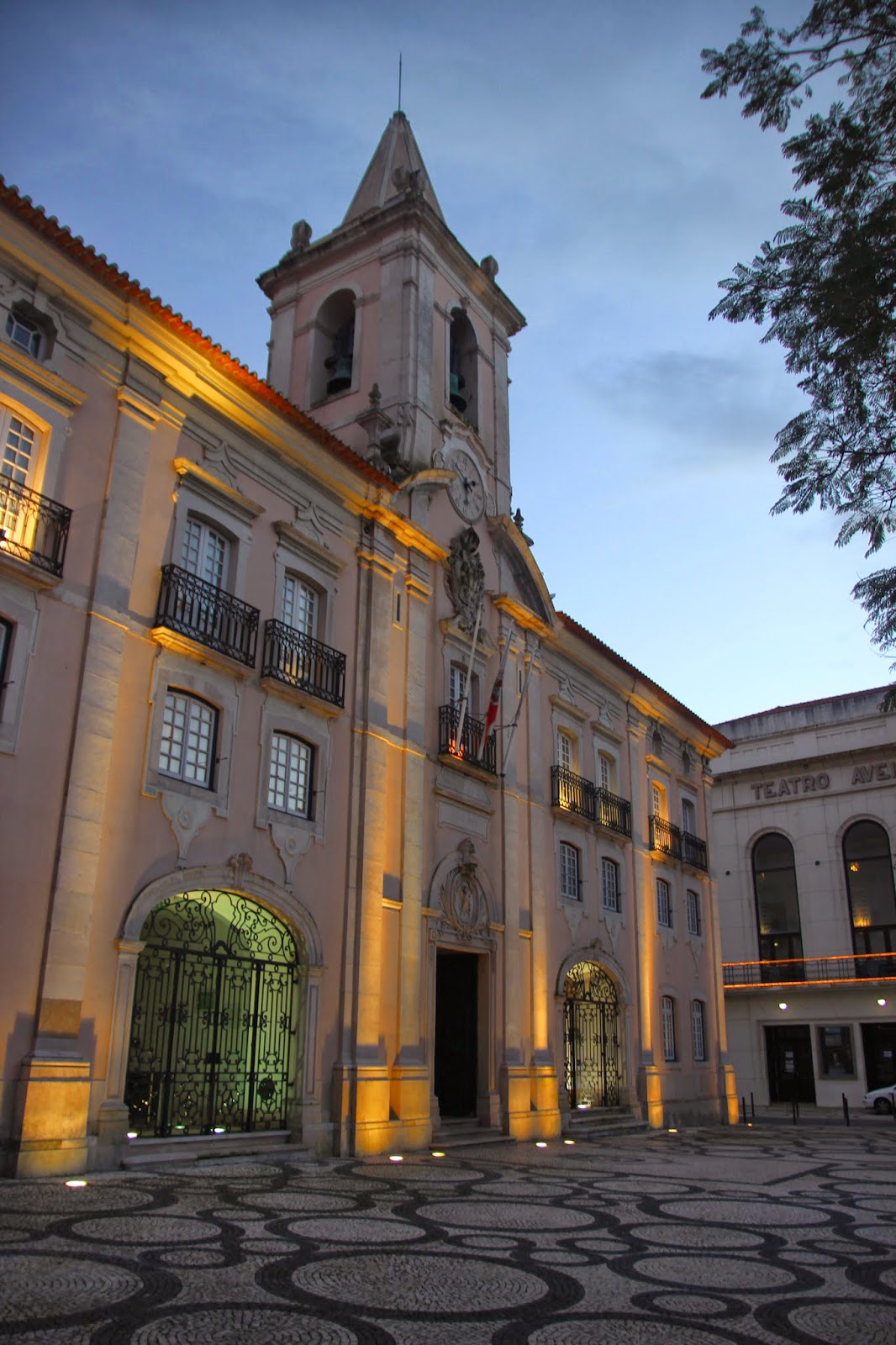 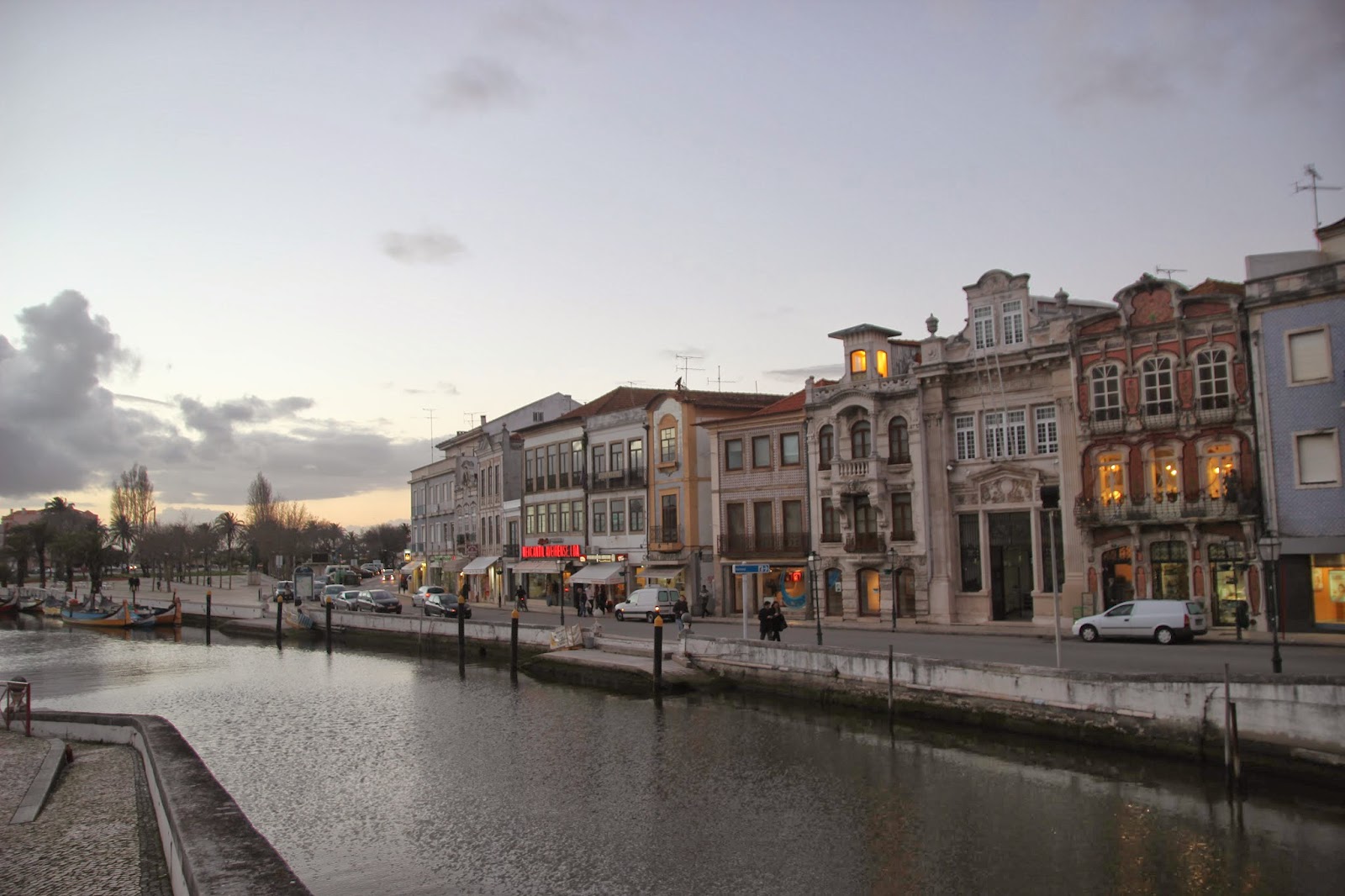 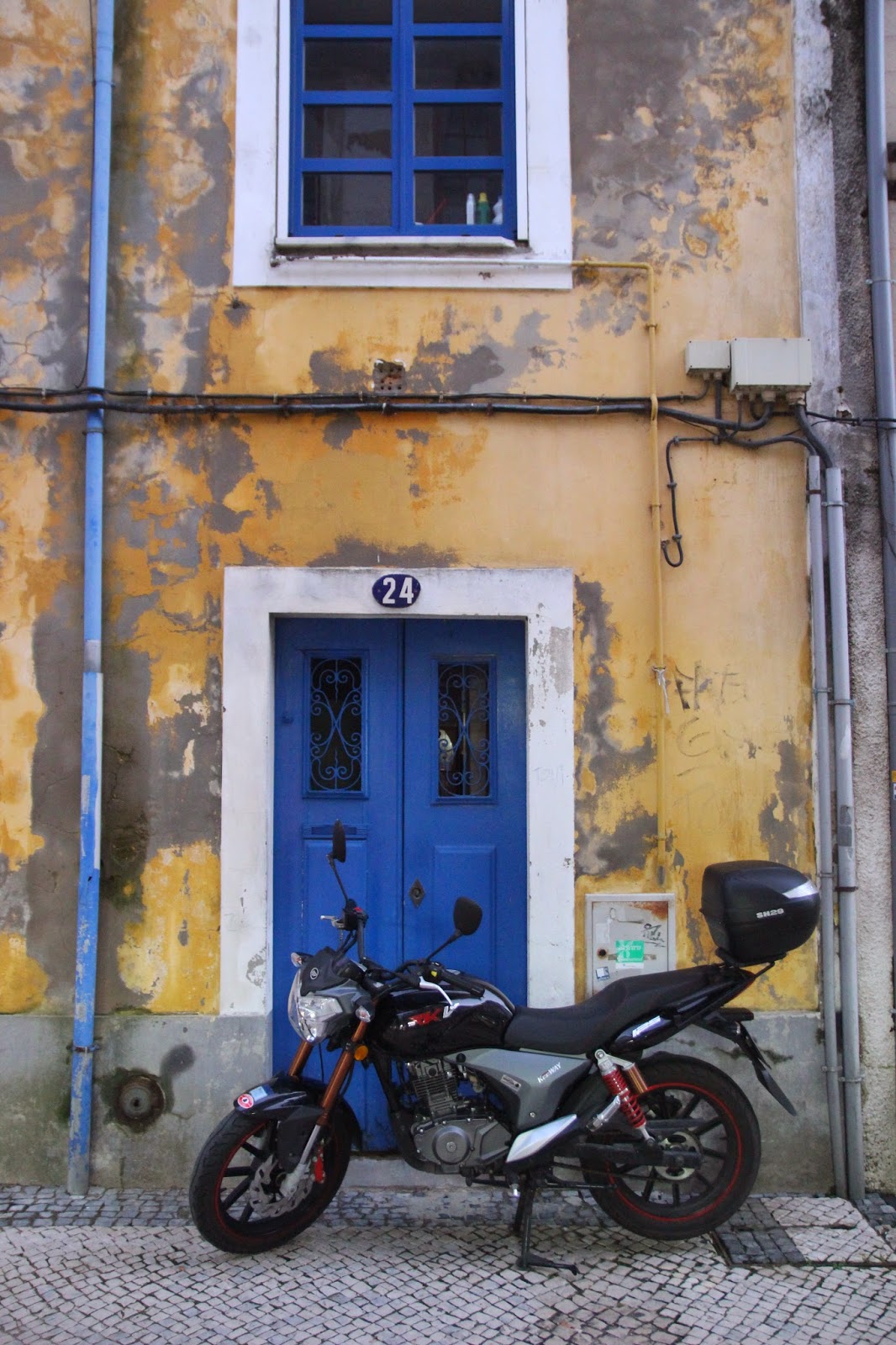 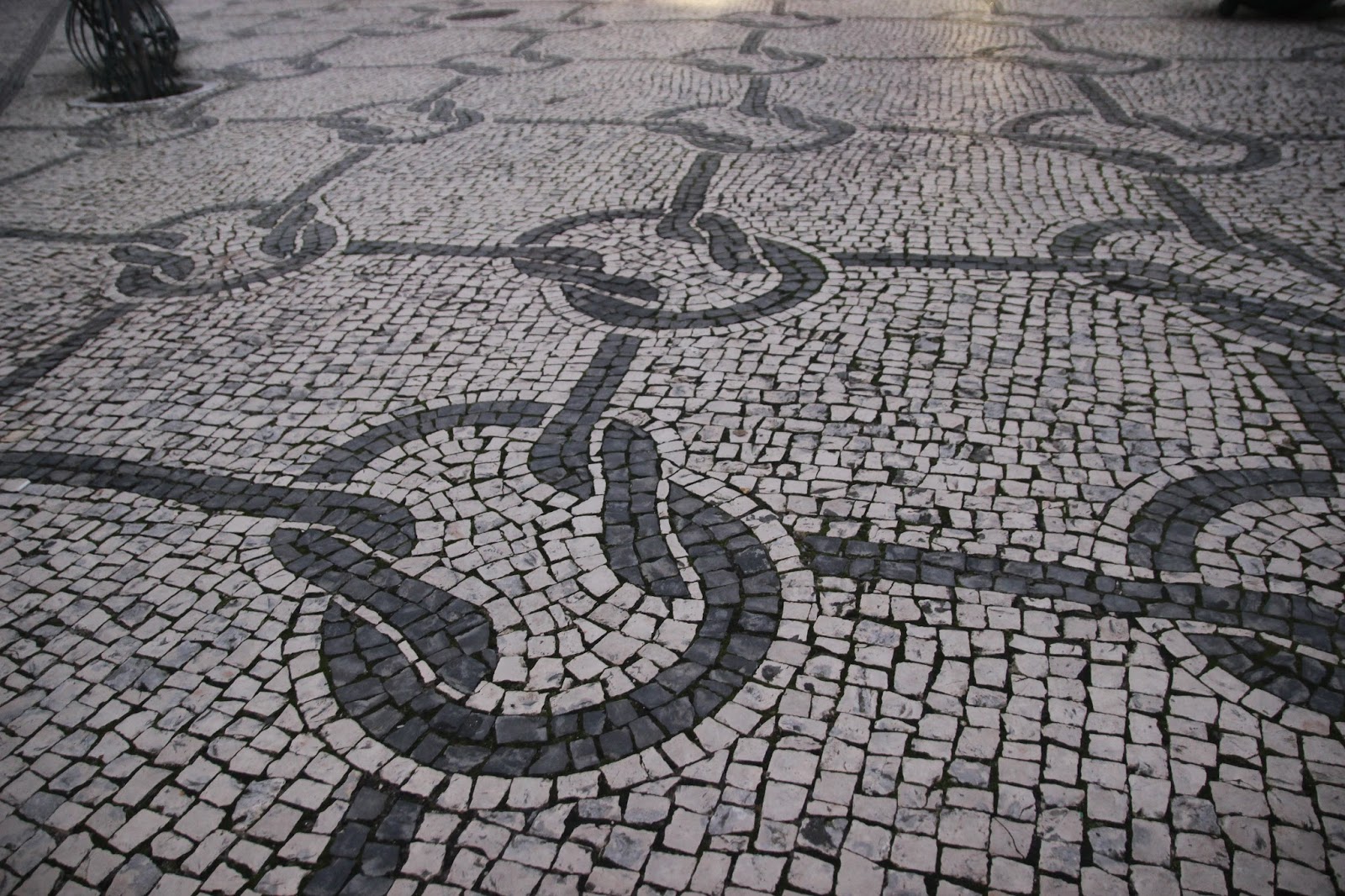 Posted by Outlander Abroad at 4:09 AM